Stephen Sondheim, the Broadway legend, has died at 91

The celebrated composer-songwriter died on Friday. He had won several Tonys and Grammys, as well as an Oscar and Pulitzer, for musicals including West Side Story and Company.

Stephen Sondheim has died at the age of 91. He transformed musical theater.

Jeff Lunden has this appreciation.

JEFF LUNDEN, BYLINE: Stephen Sondheim would have been the first to tell you he was a Broadway baby. As a teenager, he learned about theatrical songwriting from a master - Oscar Hammerstein, the author of "Show Boat" and "Oklahoma!," among others. And by the time Sondheim was 27, he had his first show, "West Side Story," on Broadway.

MICHAEL CALLAN: (As Riff, singing) When you're a Jet, you're a Jet all the way, from your first cigarette to your last dying day.

LUNDEN: Even though he only wrote lyrics to Leonard Bernstein's music for "West Side Story," it was the beginning of a remarkable career in which Sondheim, as lyricist and composer, elevated what was essentially a lighthearted, optimistic commercial entertainment into an art form.

UNIDENTIFIED PERSON: (As character, singing) Attend the tale of Sweeney Todd. His skin was pale, and his eye was odd. He shaved the faces of gentlemen who never thereafter were heard of again.

LUNDEN: Sondheim shows, with their intricately crafted scores, reflected his restless curiosity about human nature - from the barber exacting murderous revenge in "Sweeney Todd" to the struggling painter Georges Seurat in "Sunday In The Park With George."

(SOUNDBITE OF SONG, "FINISHING THE HAT")

MANDY PATINKIN: (As George, singing) Finishing the hat - how you have to finish the hat. How you watch the rest of the world from a window while you finish the hat.

LUNDEN: Sondheim looked at contemporary marriage and ambivalence in "Company."

LUNDEN: Disillusionment and the American dream in "Follies."

(SOUNDBITE OF SONG, "THE ROAD YOU DIDN’T TAKE")

JOHN MCMARTIN: (As Benjamin Stone, singing) The road you didn't take hardly comes to mind, does it? The door you didn't try - where could it have led?

LUNDEN: The culture clash between 19th-century Japan and the United States in "Pacific Overtures."

(SOUNDBITE OF SONG, "THE ADVANTAGES OF FLOATING IN THE MIDDLE OF THE SEA")

LUNDEN: The dark side of fairy tales in "Into The Woods."

(SOUNDBITE OF SONG, "INTO THE WOODS")

ORIGINAL BROADWAY CAST: (As characters, singing) Into the woods without delay, but careful not to lose the way. Into the woods - who knows what may be lurking on the journey?

LUNDEN: And the even darker side of presidential assassins.

(SOUNDBITE OF SONG, "ANOTHER NATIONAL ANTHEM")

UNIDENTIFIED ACTORS: (As Balladeer and Assassins, singing) We're the other national anthem folks - the ones that can't get into the ballpark.

LUNDEN: Over the course of a career which stretched for more than 60 years, Sondheim received both critical praise and brickbats for his adventurous work.

Frank Rich is a columnist for New York Magazine and former drama critic for The New York Times.

FRANK RICH: Perhaps no one more than Sondheim contributed to just keeping the form alive of what had been the classic Broadway musical. He reinvented it. He kept it fresh, interesting - figuring out new ways to, you know, muck around with it for each show.

LUNDEN: Sondheim was notoriously painstaking in his craft and actually published two large books featuring his lyrics and explaining his writing process. He told WHYY's Fresh Air in 2010 that before he wrote a bar of music or came up with a rhyme, he needed to consult the show's script.

STEPHEN SONDHEIM: I always write after the librettist has started to write a scene or two so that I can divine and imitate the style that the writer is using, both in terms of dialogue and approach and getting to know the characters as he is forming them.

LUNDEN: And that specificity made performers love his work - like Bernadette Peters.

BERNADETTE PETERS: He writes as if he's an actor, as if he's playing the role, really, I think - because if you have a quarter note, there's a reason. The quarter note helps you express what you're feeling at that moment.

PETERS: (As Desiree Armfeldt, singing) Isn't it rich? Are we a pair? - me here, at last, on the ground - you in midair. Send in the clowns.

LUNDEN: "Send In the Clowns" was the only hit song Sondheim ever wrote. It's from his show, "A Little Night Music," which itself was a modest success. The musical was originally directed by Hal Prince, one of Sondheim's most frequent collaborators.

LAURENCE MASLON: Not a single show he ever wrote ran more than a thousand performances. And they play all over the world. And they're revived every five minutes. But they simply don't have that commercial traction that even Hammerstein had back in the day.

LUNDEN: In fact, starting in the 1980s, Sondheim exclusively developed his work at not-for-profit theaters.

SONDHEIM: My first not-for-profit show was "Sunday In The Park With George." And, of course, it was (laughter) such a pleasure compared to doing it on Broadway. I mean, the lack of pressure, not having to worry about everything from budget to backers - and it was just fun to do. And that's the way theater should be done - just for the love of it.

LUNDEN: "Sunday In The Park With George," written with James Lapine, eventually migrated to Broadway, where it won a Pulitzer Prize. But again, it wasn't a commercial success. Like many other artists who are now considered masters, it took a while for Sondheim's shows to catch on and for Sondheim to move from a cult figure to a cultural icon. He said he was always keenly aware of making an impact with his writing.

LUNDEN: And the feelings he stirs and audiences will continue well beyond his death.

ORIGINAL BROADWAY CAST: (As characters, singing) On the green, orange, violet mass of the grass...

PETERS: (As Dot, singing) In our perfect park.

PATINKIN: (As George, singing) Made of flecks of light. Transcript provided by NPR, Copyright NPR. 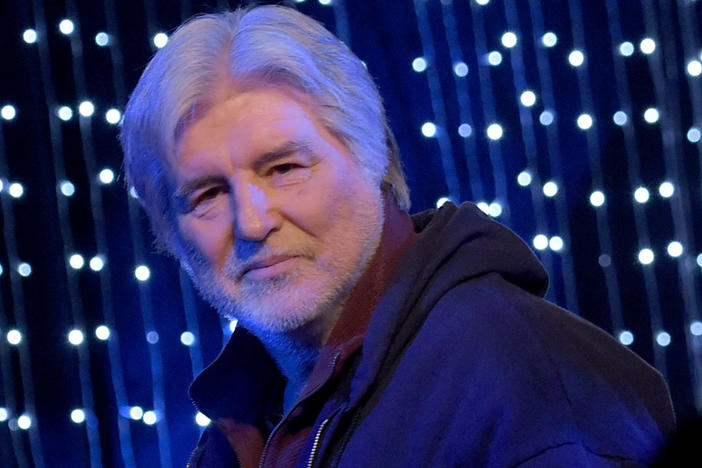 Jim Weatherly, Who Wrote 'Midnight Train To Georgia,' Dies At 77

The former Ole Miss quarterback wrote hits for Gladys Knight & the Pips during the 1970s. His songs were also recorded by Glen Campbell, Charley Pride and Indigo Girls. 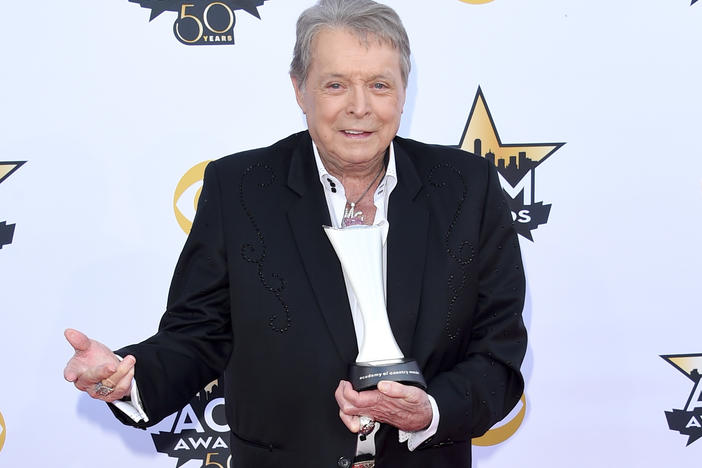 In addition to his music career, Gilley was also famous for being the face of a nightclub that pushed Texas cowboy culture into a global spotlight. 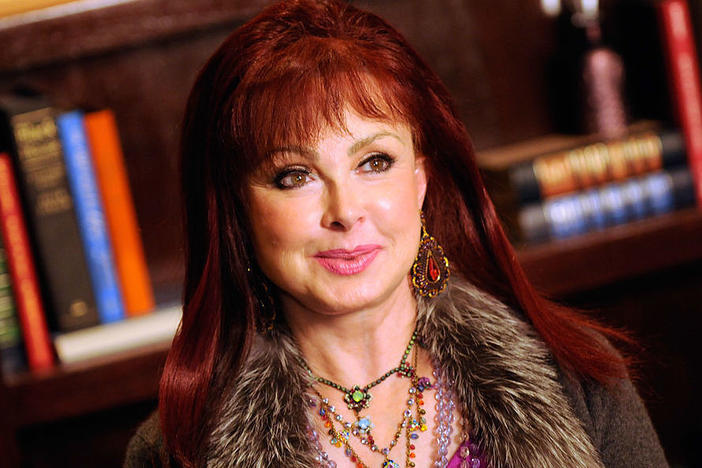