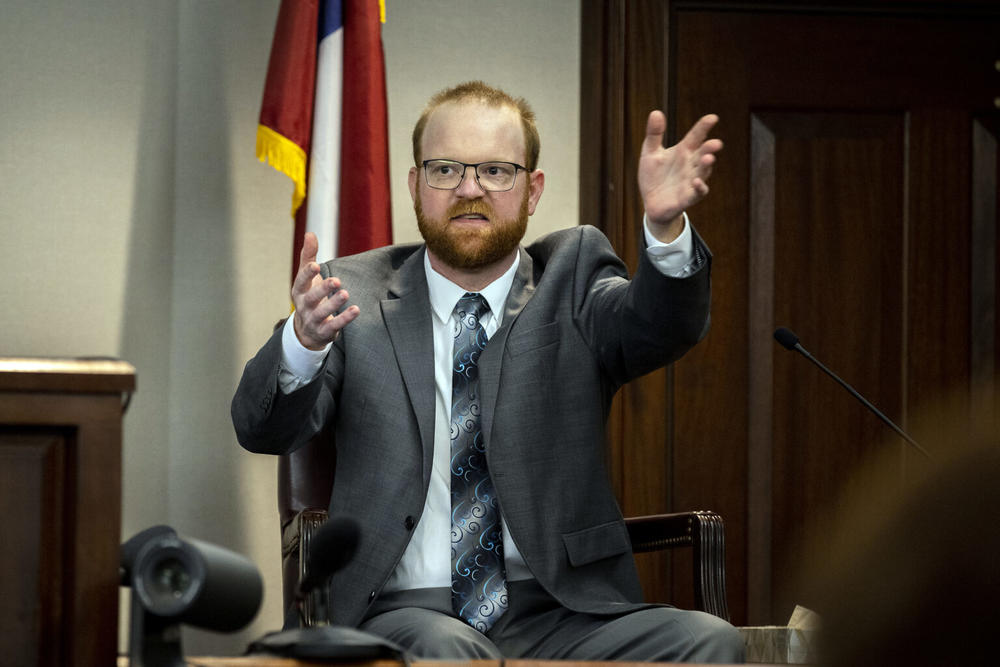 Travis McMichael said he feared for his life from the witness stand during his trial Wednesday. McMichael, his father Greg McMichael and their neighbor, William “Roddie” Bryan, are charged with murder in the February 2020 death of 25-year-old Ahmaud Arbery.

Ahmaud Arbery’s killer testified during his murder trial Wednesday that he feared for his life when he fired the fatal shots, ending a five-minute chase of the 25-year-old Black man through a suburban Glynn County neighborhood on Feb. 23, 2020.

In Travis McMichael’s four-hour testimony, he repeated that he reacted to the “totality of circumstances” of Arbery being spotted several times at the construction site of a new home in the Satilla Shores neighborhood combined with concerns about property crime. That prompted him and two other white men to chase an unarmed Arbery, leading to the younger McMichael firing three shotgun blasts that day.

Travis McMichael is set to return to the stand Thursday for more cross-examination by prosecutors as he, his father Greg McMichael, and his neighbor William “Roddie” Bryan, face potential life sentences in the murder and kidnapping of Arbery.

A couple of weeks after Travis McMichael first encountered Arbery, he says he relied on his training he received while serving in the U.S. Coast Guard when responding to his frantic father alerting him that Arbery was in the suburban Brunswick neighborhood.

Travis McMichael reacted by getting into his pickup truck while carrying his shotgun, picking up his father who was also armed with a gun and going to search for the man suspected of entering the unoccupied house.

Travis McMichael said he drove up next to Arbery a couple of times to calmly ask him what was going on before he noticed Arbery’s demeanor in a third encounter.

“It wasn’t what I expected with me just coming up and talking to him,” Travis McMichael testified. “It was clenched teeth, closed brow. He was mad which made me think, something’s happened.”

Travis McMichael also distanced himself from Bryan, who authorities say attempted to run Arbery into a ditch multiple times after joining in the pursuit in his black pickup truck. Bryan recorded the viral video that spurred widespread outrage and eventually the arrests of the three men charged with Arbery’s murder.

On the stand, McMichael disputed reports that he and his father coordinated with Bryan to try to corner Arbery inside the neighborhood, as he said he drove up and down several streets trying to get to Arbery.

Bryan’s cellphone footage of the chase and shooting became the turning point in the case after local prosecutors had declined to prosecute anyone in the killing. Outside prosecutors and the Georgia Bureau of Investigation took over weeks after the killing, resulting in the arrest of the three men after they were initially cleared based on their claims of trying to make a citizen’s arrest.

Travis McMichael said he made eye contact with Bryan, but he wasn’t aware who was driving the black truck that Arbery was “interacting” with during the chase. Prosecutors say Bryan struck Arbery several times with his truck, forcing Arbery into a ditch and blocking him from leaving the subdivision.

Travis McMichael testified he saw Arbery run from the black pickup truck in his direction and he became more afraid as his truck blocked his view of Arbery. He said if Arbery had simply jumped into a ditch and run into a yard instead of getting close enough to struggle with him, he would have let him go and the police could have taken over.

“He was in a jog, like a running back ready to bolt and move in any way he wanted,” Travis McMichael said. “As Arbery approaches, I’m pretty sure that he’s going to attack.”

Jason Sheffield, Travis McMichael’s defense attorney, had his client describe how Satilla Shores had been on edge since 2019 because of property crimes committed in the neighborhood. Cobb County Assistant District Attorney Linda Dunikoski contradicted that claim, saying that in 2019, there was only one reported home burglary and several break-ins of unlocked vehicles in the neighborhood, none of which were connected to Arbery.

Chad Posick, a criminal justice professor at Georgia Southern University, said that although it’s unusual for a defendant to testify at a murder trial, Travis McMichael and his lawyers likely felt it would be important for him to take the stand because of the high-profile nature of the case.

Still, some of Wednesday’s testimony might not pass muster for jurors, such as Travis McMichael’s claim he was so concerned about the safety of his father who suffered heart attacks, a stroke and had hip surgery, yet brought him to tag along for the chase which ended with Greg McMichael standing in the bed of the truck holding a handgun.

“You’re saying in one breath that you’re so concerned about an individual and not putting them in harm’s way but what you did was take explicit action to put that person in harm’s way,” Posick said.

And even with training from the Coast Guard, the circumstances leading up to Arbery’s death were not grounds for the McMichaels or Bryan to “be chasing people down and arresting them or using force against citizens,” Posick said.

It should have been left up to police to handle, Posick said. 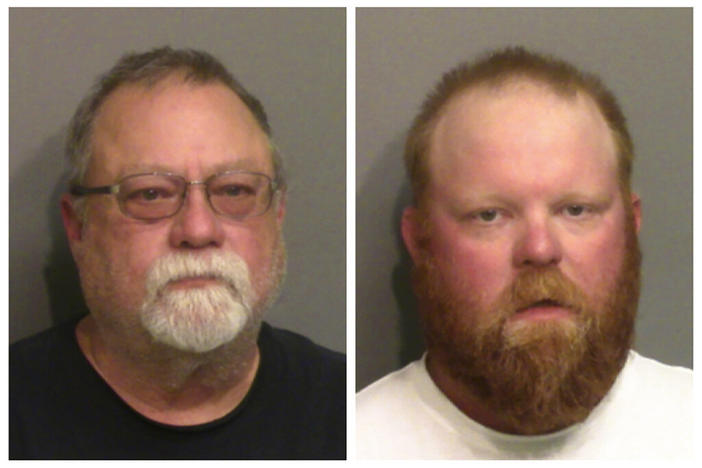 Prosecutors in the federal hate crimes case against the white men convicted of murdering Black jogger Ahmaud Arbery say that they have reached plea agreements with two of the three defendants.