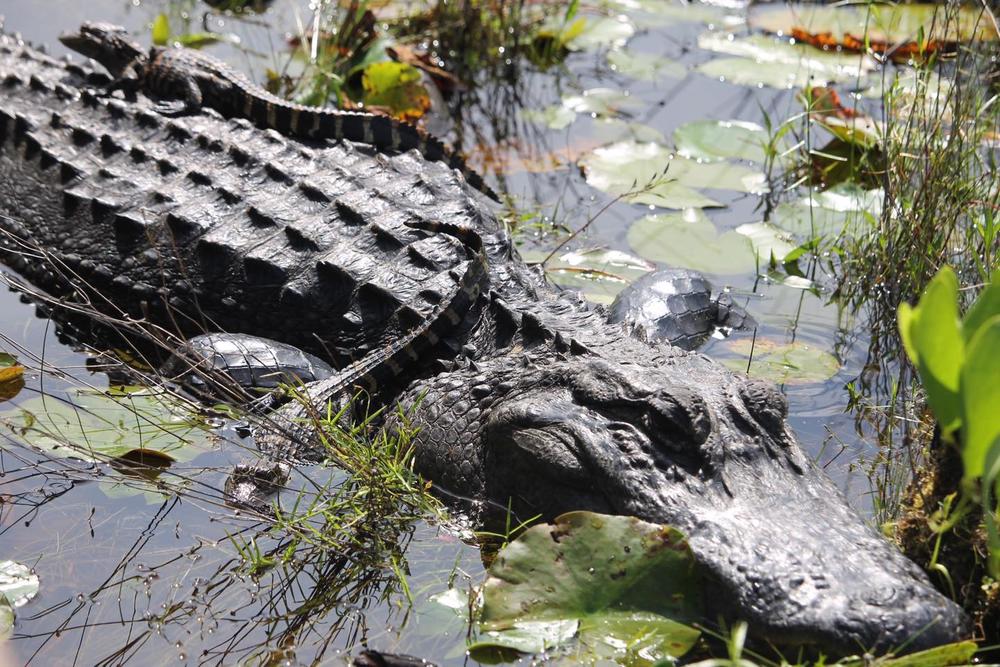 The Felician Sisters are invested in Chemours, the spinoff of Dupont that mines and processes mining products like the titanium dioxide at Trail Ridge, just miles from the largest blackwater wetland in North America.

When Sister Mary Jean Sliwinski learned of plans to mine near the Okefenokee Swamp in southeast Georgia, she knew how she could make her community’s voice heard all the way from her base in Buffalo.

Sliwinski, the provincial sustainability coordinator for the Felician Sisters of North America, planned to talk the language of business.

The Felicians are invested in Chemours, the spinoff of Dupont that mines and processes mining products like titanium dioxide at Trail Ridge, just miles from the largest blackwater wetland in North America. So when a call went out from a green investment firm looking for a group to take the lead on a shareholder motion at Chemours, Sliwinski’s hand shot up. 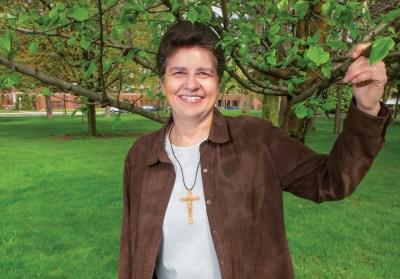 Green Century Capital Management  filed a resolution with Chemours last week on behalf of the Felician Sisters of North America, asking the company not to mine near the Okefenokee National Wildlife Refuge. Twenty years ago a similar shareholder proposal helped convince DuPont, Chemours’ corporate predecessor, to abandon mining plans.

But now the refuge is again threatened by a potential mining project. Not from Chemours but from an Alabama-based company, Twin Pines Minerals LLC, which is seeking state environmental permits to mine a 740-acre area that comes within three miles of the Okefenokeee National Wildlife Refuge.

Protecting the Okefenokee is a good fit for the Felician Sisters.

“Our advocacy focuses on three main issues: human rights, water, and climate change,” Sliwinski said. “So we heard that the Okefenokee holds thousands of tons of peat … There’s certainly a great climate change danger there.”

There’s also an issue of disrupting the water flow in the swamp. Twin Pines plans to pump up to 1.44 million gallons per day from the Floridan aquifer.

“Plus, it’s an ecosystem that could be harmed permanently,” Sliwinski said.

Twin Pines isn’t publicly traded so there’s no way to put shareholder pressure on it. But Sliwinski and some environmental groups have concerns that Chemours has already been positioning itself to get involved, either in mining or in buying the mined material.

It’s not the first time Chemours’ role has been scrutinized. In the spring the Georgia Sierra Club urged members and others to write the company asking it to disavow any intention to mine near the Okefenokee. The answer they received was inscrutable, indicating only that Chemours had no current plan to mine near the swamp.

Sliwinski, for one, wasn’t satisfied with the answer.

“So we sent another letter that said, ‘Well, can you clarify that a little bit?’” she said. “And they never responded to that. But we have knowledge that they have been at some of the local meetings, and they’re interested in the permitting process, and they’re present there. So for them to say they’re not interested at all was not true. So we sent them another letter asking for dialogue and received no response.”

The meeting she alluded to was the September meeting of the DNR board, which was accessible via Zoom. During the meeting, the Environmental Protection Division Director Richard Dunn discussed the progress of the Twin Pines permits. In the online chat, Chemours Manager of Environmental Stewardship Jim Renner answered an audience question about the typical timeline for public comments.

“Normal comment period for an advertised draft permit is 30 days, but I believe EPD can extend,” he wrote in the chat. “First comment period will be for public review of Surface Mining Land Use Plan. Then, if applicant responds to SMLUP public comments to EPD’s satisfaction, EPD will prepare a draft Surface Mining Permit. The Notice of Intent to Permit will be publicly advertised for 30 days (maybe extended).”

With their first attempts at a dialogue seemingly at a standstill, Sliwinski said the shareholders’ only recourse was to file a resolution.

Green Century hopes Chemours will quickly issue a public commitment to never mine near the Okefenokee or purchase titanium mined in these ecologically critical areas. If not, the issue will be put to other shareholders on the company’s proxy ballot.

“The dream would be that if Chemours doesn’t step in, Twin Pines really doesn’t have a leg to stand on, and the whole thing would just fold,” Sliwinski said. "That would be the dream.”

The Felician Sisters already have support from at least one other group of shareholders. Amalgamated Bank, as Trustee of the LongView Funds and an investor in Chemours, is planning to work with other investors to address the issues the sisters and Green Century Funds have raised.

“The proposed titanium mine that is part of the Okefenokee ecosystem presents significant risks and is inconsistent with US goals on biodiversity and climate,” said Ivan Frishberg, Chief Sustainability Officer of Amalgamated Bank.

Religious leaders in Georgia as well as a group of prominent elected and appointed former officials voiced concern over the mining proposal last month, the latter group publishing a full-page, open letter in the Atlanta Journal Constitution.

Chemours did not respond to several requests for comment.

Twin Pines’ president Steve Ingle indicated his company had not spoken with Chemours  about purchasing the project and taking over the mining after the permits are issued, and it did not intend to do so.

“Like Chemours, we have no connection whatsoever to Green Century Capital Management and their shareholder resolution has no impact on our plans,” he wrote in a prepared statement. “We are answerable to the Georgia Environmental Protection Division which will make a determination based on the facts and science of our application, not the opinions of shareholders in a Portland Maine-based mutual fund.”

Sister Janet Marie Adamczyk, vicar and provincial council member of the Felician Sisters, is based in Beaver Falls, Pa. But distance matters less than connectedness, she said. 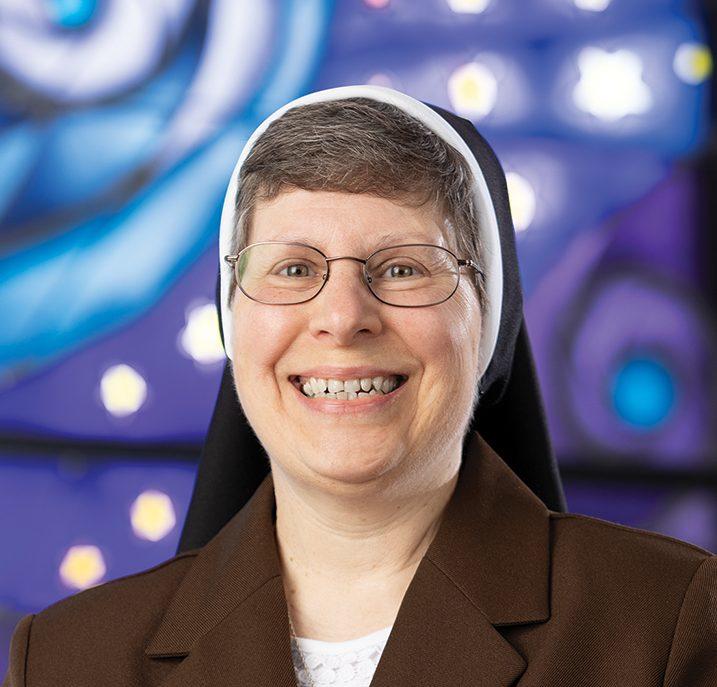 “It’s part of our DNA or Franciscan charism, that love for creation and to be good stewards. The question that Pope Francis highlighted in (his environmental encyclical) Laudato Si, is ‘What is our concern about future generations?’ Even though we’re not in Georgia the impact we see in areas that are not necessarily in close proximity, with climate change, and everything else, is almost like a pebble in the water. What happens in one area of our country has ripple effects on everyone else.”

Their effort is also about being a voice for the voiceless, Sliwinski said.

Whereas: Mining next to ecologically sensitive protected areas poses material climate, regulatory, and reputational risks. At 438,000 acres, the Okefenokee Swamp is one of the world’s largest intact freshwater wetlands. Over 402,000 acres are protected in the Okefenokee National Wildlife Refuge, the largest refuge in the eastern United States and home to hundreds of plant and animal species. Moreover, the Okefenokee is the largest
freshwater peat deposit in the Northern Hemisphere’s subtropical zone, storing the equivalent of 95 million tons of carbon dioxide. Twin Pines Minerals, LLC has applied for permits to mine titanium next to the Okefenokee, and there has been evidence of

Chemours’ interest in buying this project (“the Project”) following permit issuance.
Pursuit of such mining or procurement of materials mined there could expose Chemours to considerable material financial risk:

● Climate and Biodiversity: Federal government scientists have raised concerns that the
Project would lower the swamp’s water level, causing serious damage to the ecology and
wildlife habitat. This would also dry out the peat beds to greater depths, promoting the
spread of catastrophic fire. Were Chemours to mine or purchase titanium mined near the
Okefenokee, the company’s scope 3 emissions would dramatically increase in the event
of a major fire. The carbon stored in the Okefenokee is equivalent to 68% of the
Company’s 2020 scope 3 emissions, and 15 times its combined scope 1 and 2 emissions.
Accordingly, any involvement with titanium mining near the Okefenokee would conflict
with Chemours’ stated aspiration to reduce its scope 3 emissions, while also exacerbating
the business performance and operational risks associated with climate change cited in
Chemours’ 2020 10-K.

● Reputational: Campaigns challenging the Project have generated over 100,000
comments to permitting agencies and significant media attention, including coverage
from the Washington Post and NPR. A group of 120 religious leaders and two former
cabinet secretaries have also voiced their opposition. The attention garnered by a 1998
DuPont shareholder proposal regarding similar titanium mining plans next to the
Okefenokee helped persuade DuPont to abandon its project and commit to never mine in
the area. A reversal by Chemours, DuPont’s corporate successor, would heighten the
reputational risk to the company.

Resolved: Shareholders request that the Board of Directors issue a public report, within a reasonable time, assessing the benefits and drawbacks of committing not to engage in titanium mining, nor to purchase titanium mined by others, near the Okefenokee National Wildlife Refuge, and assessing the financial and reputational risks to the company associated with such development or procurement. 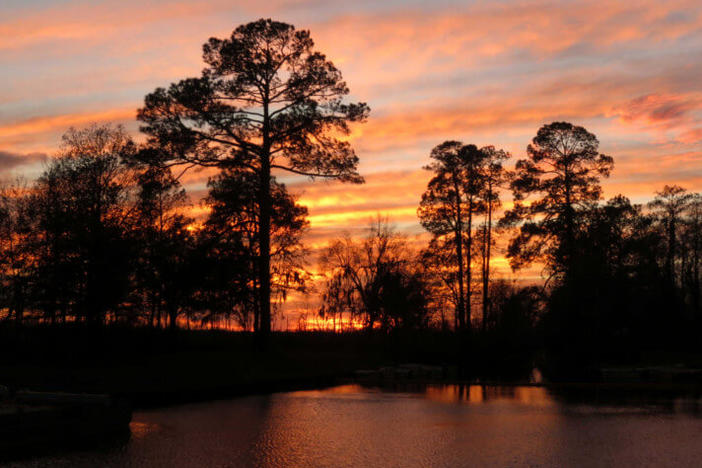 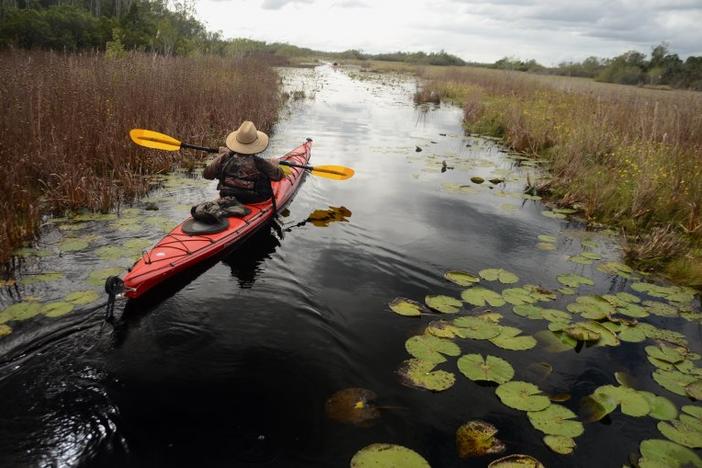