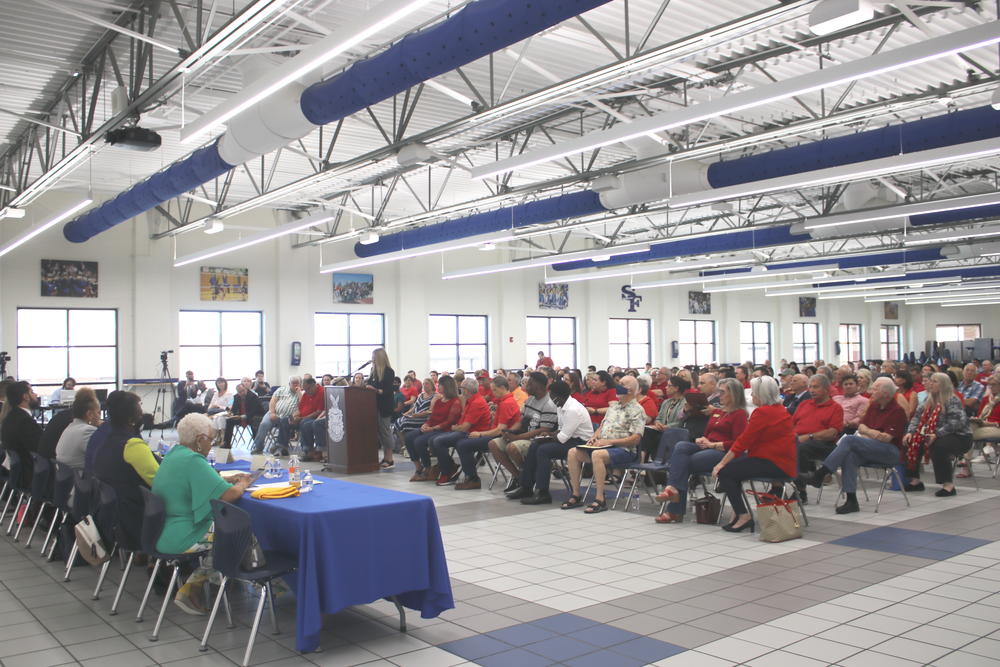 Hundreds of Georgians have spoken out about proposed legislative maps that were tentatively approved by lawmakers this week with many expressing opposition to changes, highlighting both the power and limitations of public comments in the redistricting process.

A GPB News/Georgia News Lab analysis of more than 1,200 written and verbal comments provided to the House and Senate redistricting committees since the summer finds a mixed record for incorporating citizen feedback into the new boundaries drawn by Republicans.

RELATED: Here’s What Georgians Had To Say About 2021 Redistricting At Town Halls Across The State

Many complaints about new district lines came after the GOP proposals were made public, and have come primarily from Republicans unhappy with how lawmakers addressed their neighborhoods within a changing state. But there are several examples, especially with the state House map, where specific concerns were addressed in what will likely be the final district lines.

In public town halls across the state this summer, held before U.S. Census data or maps were released, nearly 300 Georgians spoke about their redistricting hopes. Some offered specific suggestions that were eventually reflected in the maps.

Edward Sienkiewicz asked for his Bonaire neighborhood to be drawn in with the rest of Houston County. The new House map reflects that.

Several Tifton residents asked for the city and county to be made whole instead of split across three House districts: that change is in as well. And residents of Macon-Bibb County’s five House districts — three based primarily outside the county — would now see four districts, with only two outside districts dipping in.

On the other hand, many speakers at the Athens town hall asked for more Democratic representation, as the county that went 70% for President Joe Biden has two GOP state senators, two GOP state representatives and only one Democrat in the state House.

The Republican map adds a fourth district for Athens voters, represented by yet another Republican.

For the first time, lawmakers allowed written public comment for the redistricting process using an online portal. As of Wednesday afternoon, more than 930 people had made their thoughts known.

More than one in five comments offered specific suggestions for potential district lines to consider, but many expressed frustration at the maps that were released and the one-week timeframe in which they were introduced and approved.

Many of the comments relating to Singleton appear to be copied and pasted duplicates, incorrectly referring to him as “Rep. Phillips” or saying that he is from Cherokee County. Almost all of the comments attack House Speaker David Ralston.

“House Speaker's retribution against Philip Singleton for joining a lawsuit to correct the illegal elections that have been carried out in past elections by attempting to redistrict Rep. Singleton out of his seat is appalling and unethical,” a Miller County resident wrote.

“What the Heck!?! I thought David Ralston was supposed to help increase the number of Republican seats in the House and not steal them away to be vindictive,” another commenter from Chatham County wrote. “It shows everyone that he doesn't care about Georgia Republicans!!”

Several of Singleton’s supporters flocked to committee hearings to express their opposition to the change.

“To gut Coweta County the way we’ve been gutted, and for the Democrats to come up with a better map for that area, I wonder about the party I’m involved with,” one woman said.

For his part, Ralston said the changing demographics in metro Atlanta dictated the need to shift the lines, and said complying with the Voting Rights Act was the main reason for the change, not payback. Four other Republicans will be pitted against each other, while a fifth is drawn into a Democratic district in South Georgia.

Only two sets of Democrats appear to be paired in the new maps.

Residents of Dunwoody were another constituency that spoke out about changes. They said the new district lines unfairly move two of the city’s voting precincts into a new district when the city's 52,000 people could fit within one district.

“I live in one of those precincts, as does the Mayor of Dunwoody,” Amy Swygert wrote. “Now neither of us have a voice in who represents the majority of our City.”

In total, 28 commenters mentioned Dunwoody’s split, but the map passed out of the House remains unchanged.

Only one proposed map for Georgia’s 14 congressional districts has been offered so far by Republican leadership, but commenters have mainly panned the biggest change it would create, drawing conservative voters in south Forsyth County into the 6th District currently held by Democrat U.S. Rep. Lucy McBath.

“I am alarmed at the partisan nature of the proposed redistricting,” a Fulton County voter wrote. “Lucy McBath won twice with a clear margin and has done a great job representing District 6, and adding some of Forsyth to her district is a clear attempt to push her out of Congress. When a majority of Georgians vote Democrat but Republicans hold a majority of state house/senate and US congressional seats in the state, you know it’s because of gerrymandering.”

Others had concerns with district lines that they felt did not reflect their communities.

“On the Congressional draft map, having a small thumbprint of the 7th district--crossing county and natural (river) boundaries into N. Fulton makes absolutely ZERO sense,” one person wrote. “There is NO community of interest the Fulton voters have with Gwinnett! ZERO!”

Lawmakers have stressed that not everyone can be happy with the way the once-a-decade redistricting process shakes out, but for many who took the time to share insight about their communities, the final maps can be a testament to citizen involvement — or motivation to vote new lawmakers in. 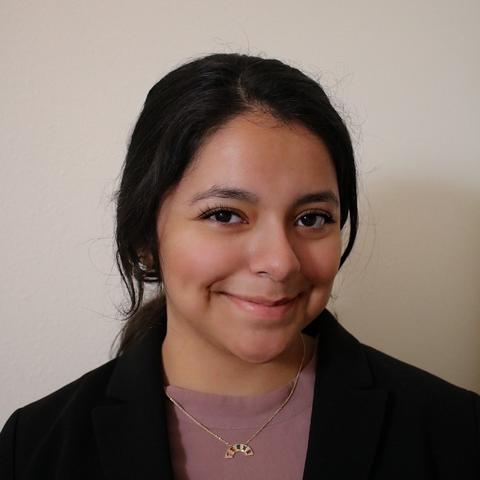 Liset Cruz is an intern reporter with the Georgia News Lab and GPB News. She is a senior at the University of Georgia studying journalism and sociology.  Liset is a contributor to the UGA’s student newspaper and recently interned at HLN.  She was formerly an intern at the Gainesville Times. 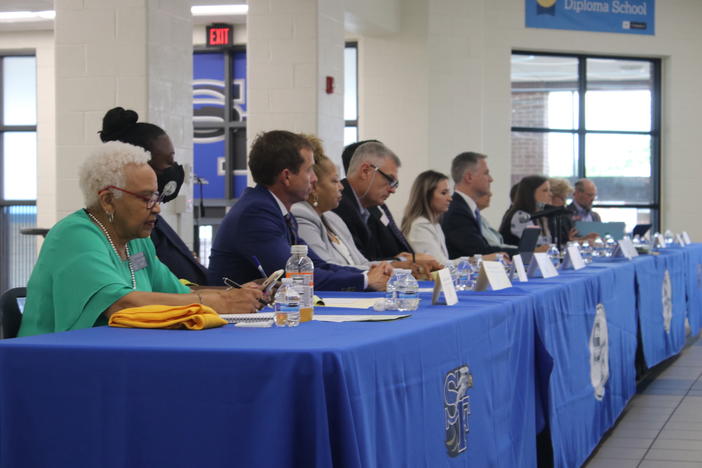 While Georgia’s redistricting process is inherently partisan, there are measures that experts say can be employed to make the process fair and transparent. But a Georgia News Lab/GPB News review finds the state falls far short of those measures. 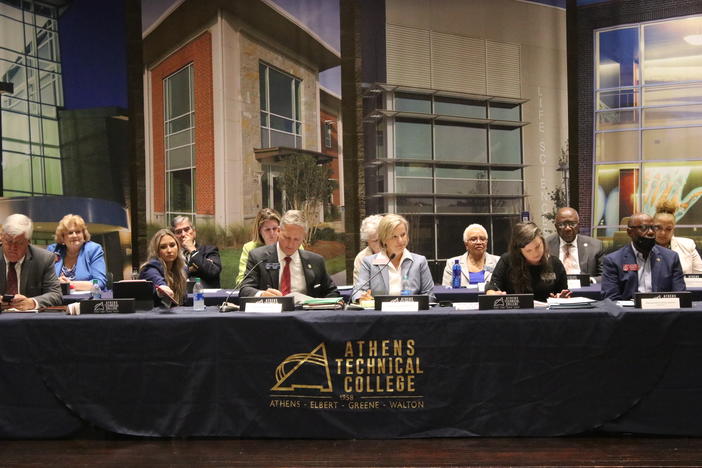 As the once-a-decade process of redrawing Georgia’s legislative and congressional districts gets underway, government accountability groups and members of the public are calling on lawmakers to increase transparency and public input in the process. 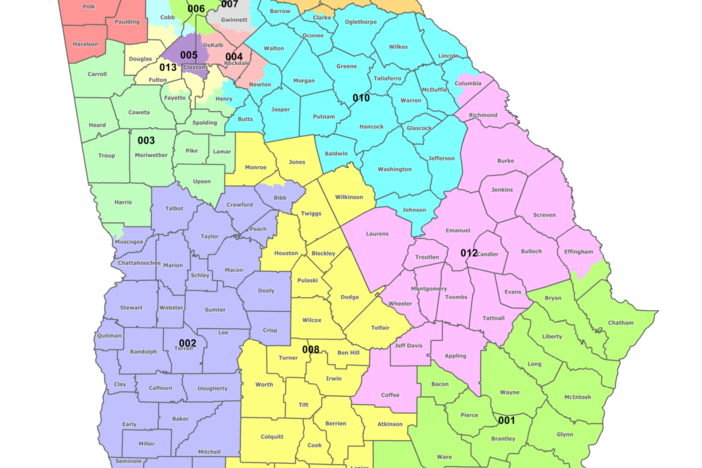 While Georgia voters handed Democrats historic wins in the recent presidential and U.S. Senate elections, Republicans maintained their hold on state government and secured a once-in-a-decade prize: control over this year’s redistricting process that they will likely use to benefit GOP candidates for the next 10 years.