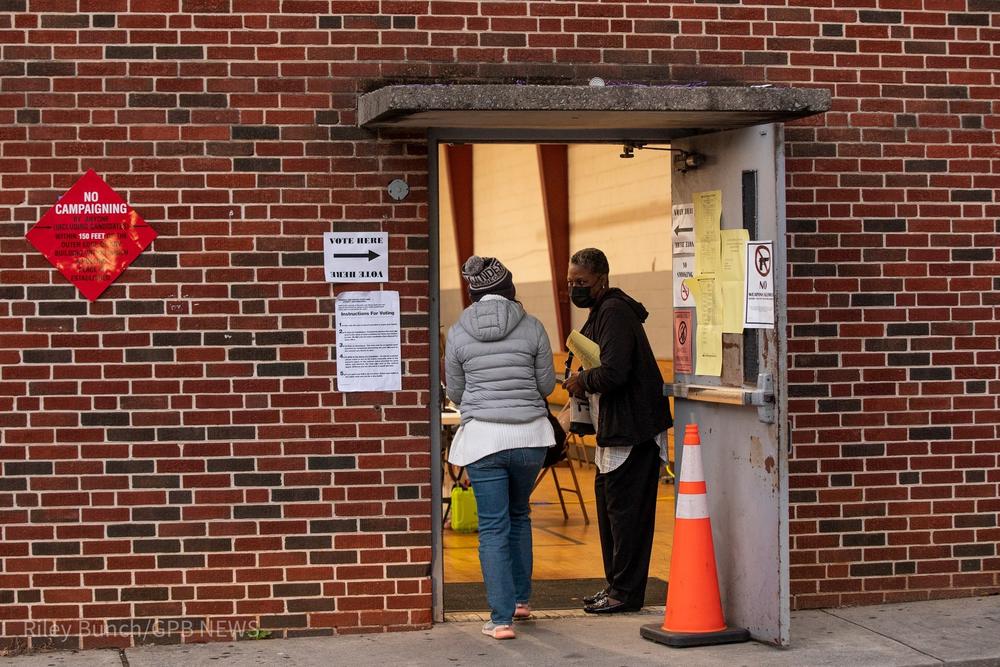 A voter enters an Atlanta polling location early Tuesday morning to cast a ballot in consequential local races—including the crowded contest for mayor.

Meanwhile, Gov. Brian Kemp and other Republicans on the 2022 ballot have moved quickly to trumpet the anti-Biden messaging that led to an upset GOP victory in the Virginia governor’s race.

Also, DeKalb County CEO Michael Thurmond made it clear he will not rule out the possibility of a gubernatorial run next year. Thurmond was asked if he would consider jumping into the 2022 race for Georgia governor if Stacey Abrams announces she will not challenge Brian Kemp in that race.