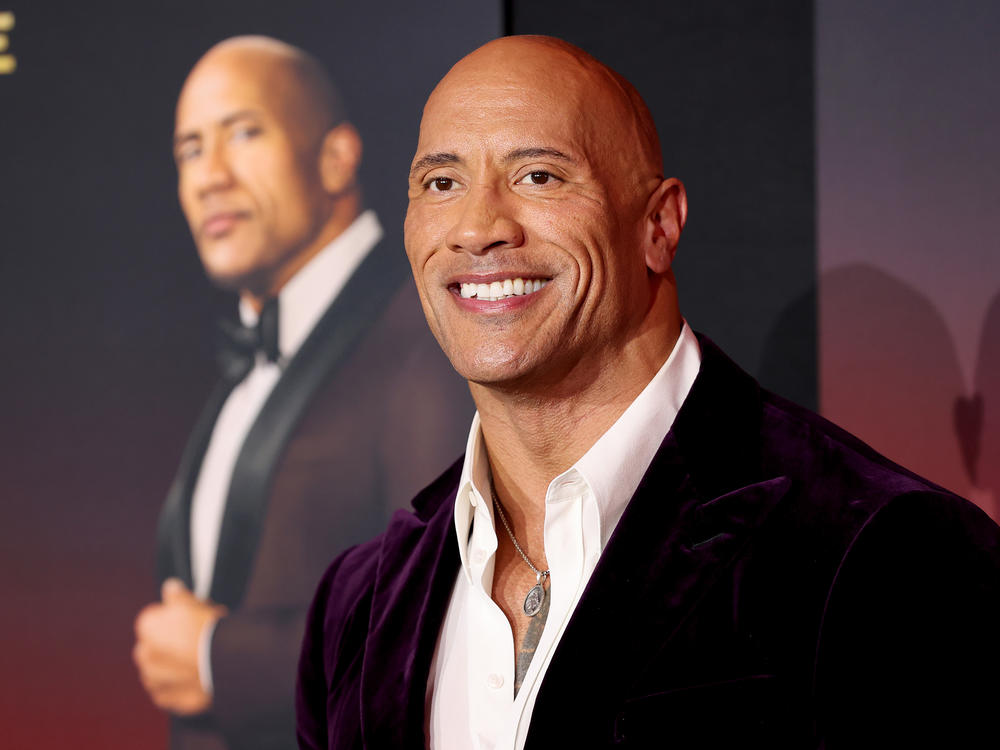 Dwayne Johnson attends the world premiere of Netflix's Red Notice on Wednesday in Los Angeles. Johnson says his production company will no longer use real guns on set.

Dwayne Johnson is making moves to make sure that a deadly tragedy like that on the Rust movie set last month does not happen again.

In an interview with Variety, the actor known as The Rock announced that his production company, Seven Bucks Productions, will no longer use real guns on the sets of any of its productions and will use rubber guns instead.

He said that "any movie, any television show, or anything we do or produce — we won't use real guns at all."

Johnson added, "We're not going to worry about the dollars; we won't worry about what it costs."

He said he plans to implement his "no real guns" rule with any studio he partners with.

Johnson's pledge comes after cinematographer Halyna Hutchins was fatally shot last month on the Rust film set in Santa Fe, N.M. While practicing a scene, actor Alec Baldwin discharged a prop gun that he was told did not contain live rounds, according to affidavits shared by the Santa Fe County Sheriff's Office. Hutchins was rushed to a nearby hospital via helicopter, where she died.

Director Joel Souza, who was standing behind Hutchins at the time, was shot in the shoulder but survived. The shooting remains under investigation.

In a statement shared via Twitter, Baldwin called Hutchins' death a "tragic accident" that left him heartbroken. Speaking to Variety, Johnson echoed that sentiment.

"First of all, I was heartbroken," Johnson said. "We lost a life. My heart goes out to her family and everybody on set. I've known Alec, too, for a very long time."

Johnson's interview comes ahead of the release of his latest project, Netflix's Red Notice, an action film slated to hit the streaming service later this month. While Johnson did have to handle real guns during the shooting of that film, it was within hours after hearing the news about Hutchins that he began planning how to make his own projects safer, he told Variety.

He's not alone. Eric Kripke, showrunner of Amazon's The Boys, tweeted a similar proclamation last month and asked others in the industry to join him in that commitment. 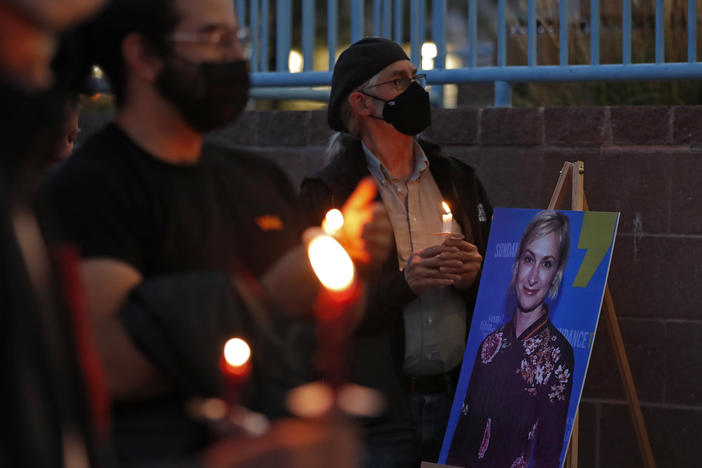 It isn't the first gun death on a set, but Hutchins' shooting has refocused attention on the safe use of firearms by the entertainment world and raised the question of whether they should be banned.

The death of director of photography Halyna Hutchins on a film set in Santa Fe, N.M., is a reminder that prop weapons can pose a serious risk. But Hollywood history includes only a few such incidents. 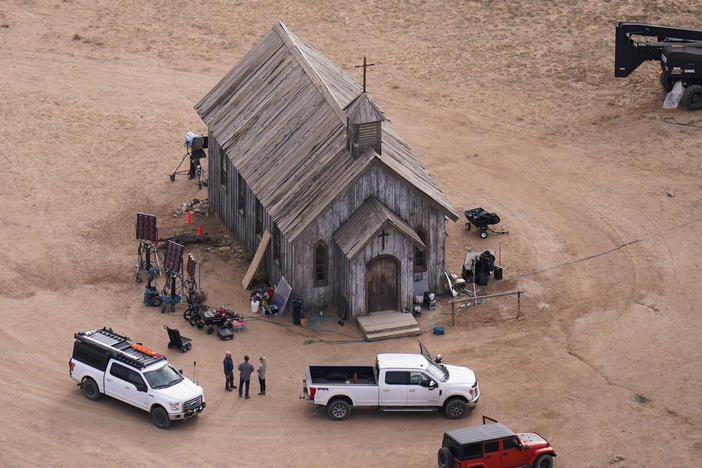 The 'Rust' armorer is suing the film's ammo supplier over the deadly, on-set shooting

Hannah Gutierrez Reed, the armorer and key props assistant on the movie set, said in the complaint that she bought live ammunition she believed to be dummy rounds.