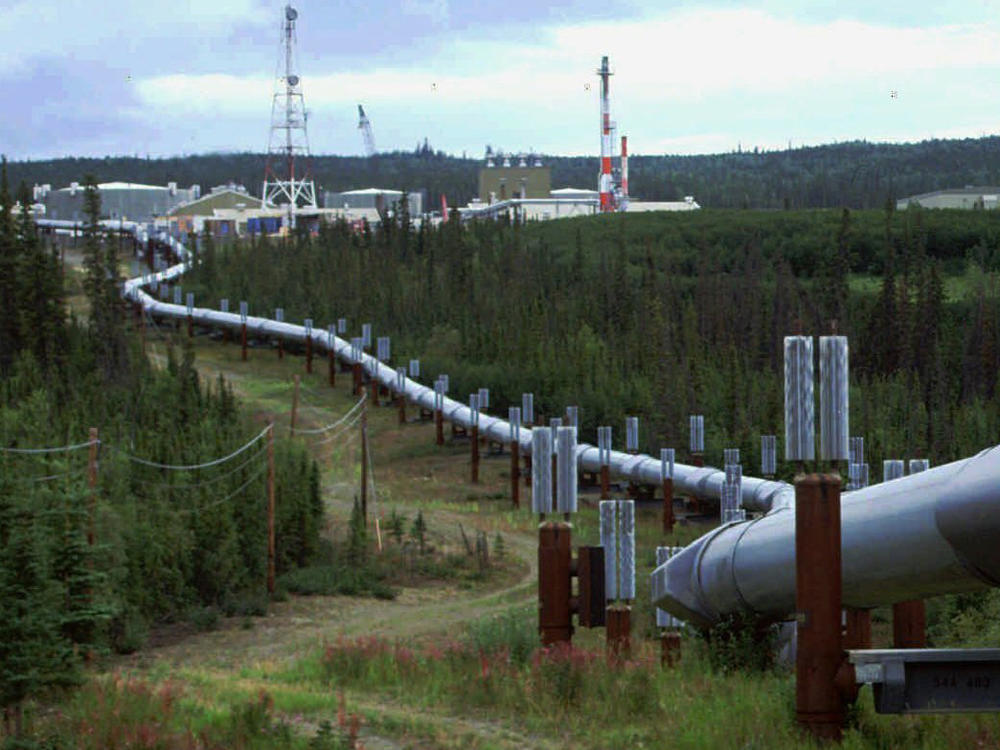 The Biden administration is announcing new and proposed regulations to limit climate-warming methane emissions from oil and gas operations and pipelines. This undated file photo shows the Trans-Alaska pipeline and pump station north of Fairbanks.

The Biden administration is proposing stricter regulations to reduce leaks of methane from oil and gas industry operations. It comes as world leaders at the U.N. climate meeting in Glasgow are pushing countries to join a global pledge to cut methane, a climate warming gas that's even more potent than carbon dioxide.

Methane is the main ingredient in natural gas. But it doesn't stay in the atmosphere nearly as long as carbon dioxide, the most common human-caused greenhouse gas. That's why the Environmental Protection Agency says reducing methane emissions now "would have a rapid and significant effect" on global warming.

Last April, Congress restored Obama-era methane regulations, but they only apply to new and modified operations. In a major expansion, these new rules also will apply to existing facilities.

"America is back and leading by example in confronting the climate crisis with bold ambition," said EPA Administrator Michael Regan.

His agency estimates the proposed regulations would reduce 41 million tons of methane emissions by 2035, more than the equivalent carbon dioxide emitted from all passenger cars and commercial aircraft in the country in 2019.

Another agency, the Pipeline and Hazardous Materials Safety Administration (PHMSA), is issuing a final rule that expands federal oversight to include more natural gas pipelines. For the first time, more than 425,000 miles of "gathering pipelines" that move gas from production sites to interstate pipelines will be regulated by the Department of Transportation.

A senior administration official says that next year PHMSA also will propose a safety rule to regulate methane leaks from 2.3 million miles of distribution pipelines in cities.

The oil industry is split on strict methane regulation

The oil, gas and coal industries are the largest source of human-caused methane emissions. An Environmental Defense Fund study found that cutting methane emissions now could slow the near-term rate of global warming by as much as 30%.

But the industry is split on whether there should be more government regulations. Big oil companies generally supports more rules and smaller ones oppose them.

The large companies are heavily invested in natural gas. They worry that if methane emissions aren't controlled it could undermine arguments that gas is cleaner-burning than coal for generating electricity.

Smaller drillers worry the new rules will make it harder for them to stay in business.

"The methane regulations proposed today by EPA will likely result in significant new costs associated with compliance," says Anne Bradbury, CEO of the American Exploration & Production Council. Hinting at a possible legal challenge, Bradbury says her group will work with the EPA to craft regulations that "are cost-effective and workable" and "can withstand legal scrutiny."

In 2014, Colorado was the first state to regulate methane from the oil and gas industry. Since then, the state has found — based on reports from oil and gas companies — that methane emissions have increased more slowly than oil production. But in Boston, a new study using a different method finds methane leaks along smaller distribution lines are six times higher than state estimates. The study authors indicate methane leaks in other cities may also be higher than what the EPA has estimated.

Methane is getting more attention globally

Carbon dioxide gets most of the attention when it comes to greenhouse gases but lately there's more focus on methane. In May, a U.N. report urged immediate cuts in methane, calling it "the strongest lever we have to slow climate change over the next 25 years."

As President Biden seeks to pass budget legislation to support his climate change plans, Democrats have drafted several forms of a methane fee. The details are still being worked out in Congress, but essentially the fee would charge oil and gas companies for releasing certain amounts of methane and potentially pay them to monitor and reduce emissions. Past methane fee proposals have faced opposition from the oil industry and even Democrats in fossil fuel states.

In Glasgow, the U.S. and the European Union are leading an effort for a Global Methane Pledge. Countries that sign it commit to collectively reduce global methane emissions by at least 30% by 2030.

"It's one of the most potent greenhouse gases there is," said President Biden as he addressed the U.N. climate meeting Tuesday. "It amounts to about half – half the warming we're experiencing today – just methane."

More than 100 countries have signed the pledge so far. Notably absent are some of the world's largest methane emitters, including China, India and Russia. Biden didn't mention those countries specifically, but he did encourage more countries to sign on to the pledge.

"For too long this potent super pollutant has fallen off the agenda at major climate summits while its emissions have risen to all-time highs," said Sarah Smith of the Clean Air Task Force. She said this risks "pushing our planet closer to potentially irreversible tipping points."

What the EPA announced today is just a proposed regulation. Now the agency will collect comments, with final rules expected by the end of 2022. 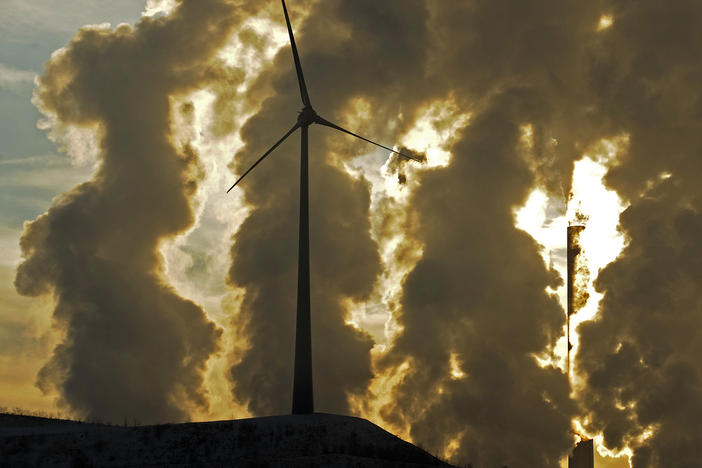 New analyses find countries' latest climate promises are still not enough to meet the goal set in the Paris climate agreement. And they warn few countries even have plans to carry out their pledges. 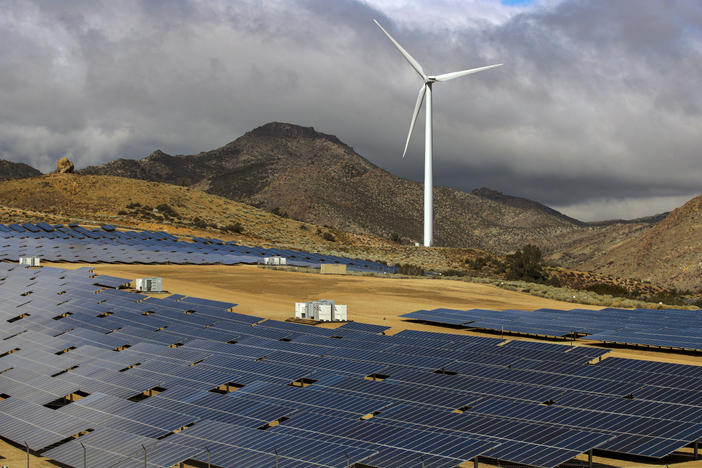