While COVID still rages, anti-vaccine activists will gather for a big conference

Among the attendees are people who also spread misinformation about 2020 presidential election and other conspiracy theories.

The pandemic continues to claim thousands of lives a week. Most of the people dying are people who have not been vaccinated. The data is clear both on how effective vaccines are and how safe they are. And yet deep, fierce pockets of vaccine resistance remain. And disinformation about vaccine safety sweeps around social media every single day. This weekend, anti-vaccine activists and some conspiracy theorists are all gathering together at a conference in Nashville. Paige Pfleger of member station WPLN reports.

PAIGE PFLEGER, BYLINE: The event is orchestrated by two Tennesseans Ty and Charlene Bollinger. The couple have been labeled as some of the nation's biggest vaccine misinformation superspreaders, though Charlene disagrees.

CHARLENE BOLLINGER: If we're superspreaders, we're superspreaders of the truth. We have countless testimonies of people that are alive today because of our work. And this is straight from heaven. God has put us on this earth for such a time as this.

PFLEGER: The Bollingers started by promoting unproven alternatives to chemotherapy. They later started selling DVDs pushing falsehoods about vaccines for hundreds of dollars. Bollinger calls Tennessee an ideal place to host an event like this one. She says the state has recently become home to many conservative pundits who have questioned aspects of the covert vaccine and vaccine mandates.

PFLEGER: While the event is called The Truth About Cancer, it will cover much more than that, from COVID vaccine conspiracies to falsehoods about the 2020 election. In fact, the Bollingers hosted a rally in Washington D.C. on January 6 to support efforts to overturn the election. Among the speakers this weekend are Donald Trump's son Eric and longtime adviser Roger Stone.

LISA FAZIO: In a lot of ways, they're forming kind of this community of belief. People like us believe these things.

PFLEGER: Lisa Fazio is a misinformation researcher at Vanderbilt University. She says some people may show up to this conference for one conspiracy theory and learn about another, giving misinformation the opportunity to cross-pollinate.

FAZIO: And you can't believe some of it and not others. Kind of if you are a part of this community, you believe the entire pot.

PFLEGER: The gathering is taking place in a state with one of the lowest vaccination rates in the country. Nashville's mayor downplayed the possible public health impacts, calling the event an echo chamber. Plus, the city's vaccination rate is higher than the state's. But Dr. Alex Jahangir, who leads the city's coronavirus task force, says it could still be harmful.

PFLEGER: That is not what they'll get at this conference. The venue, Nashville's famed Opryland Resort, asks unvaccinated workers and guests to wear masks. But that's unlikely to work with this crowd. For NPR News, I'm Paige Pfleger in Nashville. Transcript provided by NPR, Copyright NPR. 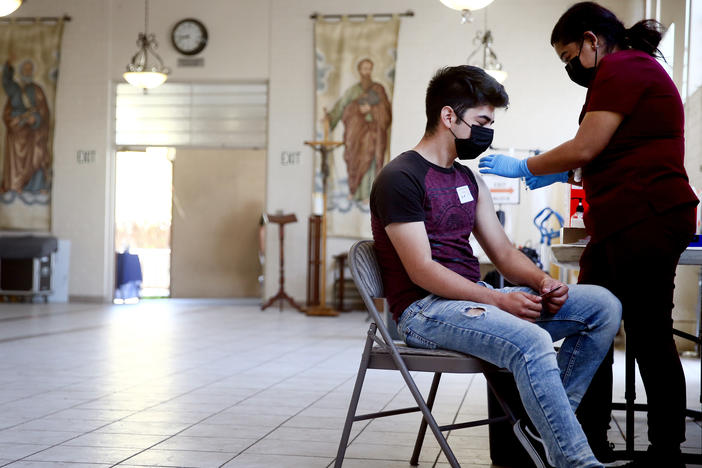 As religious exemptions are now being sought in droves, their use raises concerns that they pose a serious public health risk. But some say vaccine mandates are too much, too soon. 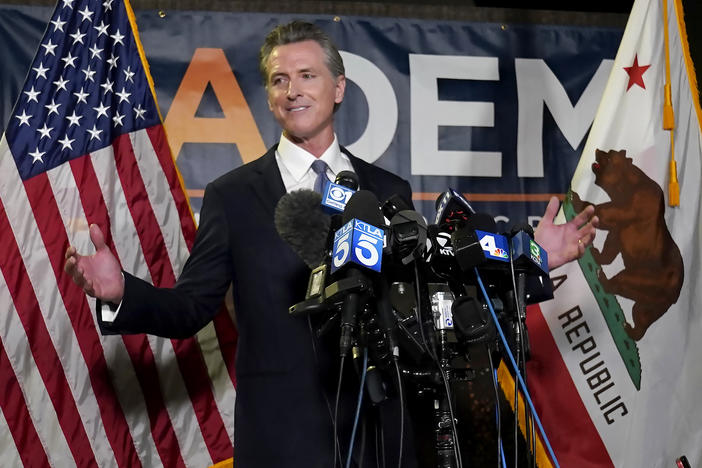 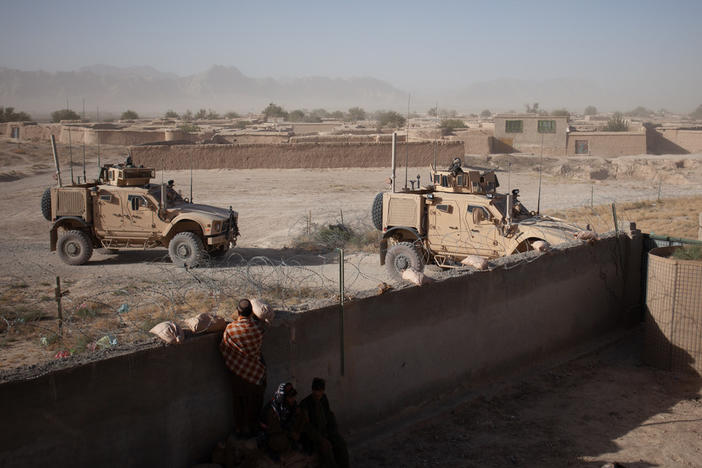 Watching Afghanistan Fall Reminds These Veterans Of Who They Left Behind

U.S. veterans reflect on their time in Afghanistan as they watch the Taliban take power, uncertain of the fate of the people they know from their time at war.