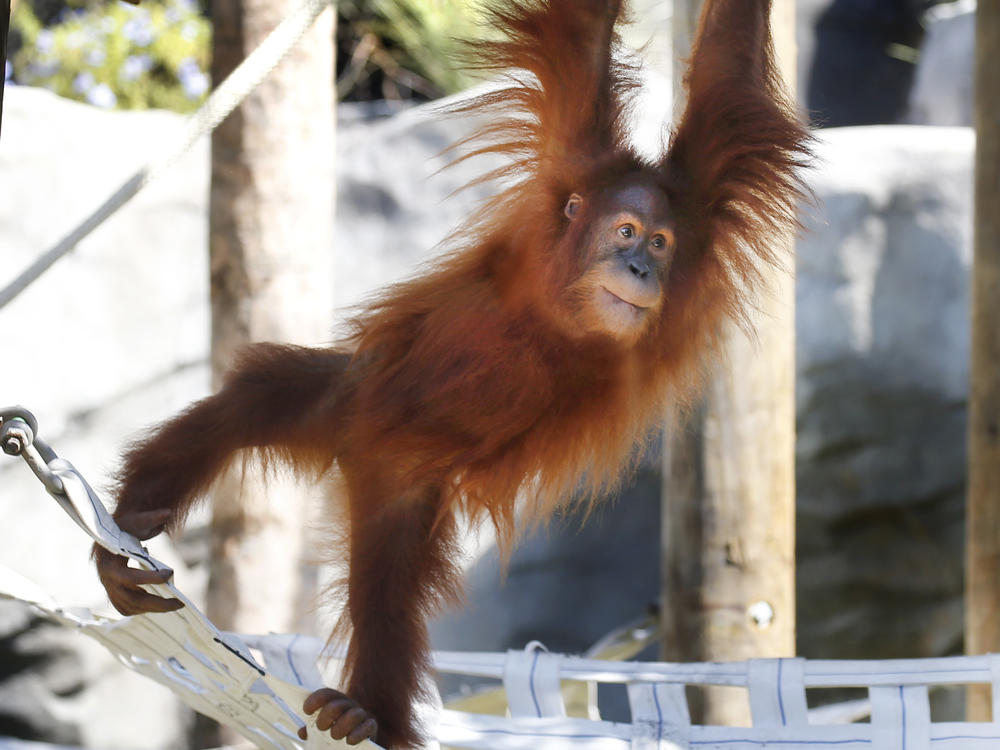 Menari, the critically endangered Sumatran orangutan, is seen climbing in her enclosure at the Audubon Zoo in New Orleans. The zoo announced Thursday that Menari is pregnant with twins. / Digital Roux Photography

The Audubon Zoo in New Orleans will be welcoming two additions to its family this winter in a species that wildlife groups consider critically endangered.

The births will be the first for Menari and they are expected sometime in December or January.

"We are very excited about this pregnancy," said the zoo's Senior Veterinarian Bob MacLean in a news release.

MacLean said that twinning is extremely rare in orangutans, with there being only about a 1% chance of it happening.

Twins were born at the same zoo in 1985 to the orangutan Sarah — Bon Temps aka "Bonnie" and Lagniappe aka "Lana" — both of which were raised at Audubon Zoo, according to zoo officials.

Lana is still alive and resides at the Greenville Zoo in South Carolina. Bonnie died in 2016 at Zoo Miami.

While she's never given birth before, zoo officials say Menari was able to observe her mother, Feliz, give birth and raise her half-sister Bulan in 2019. 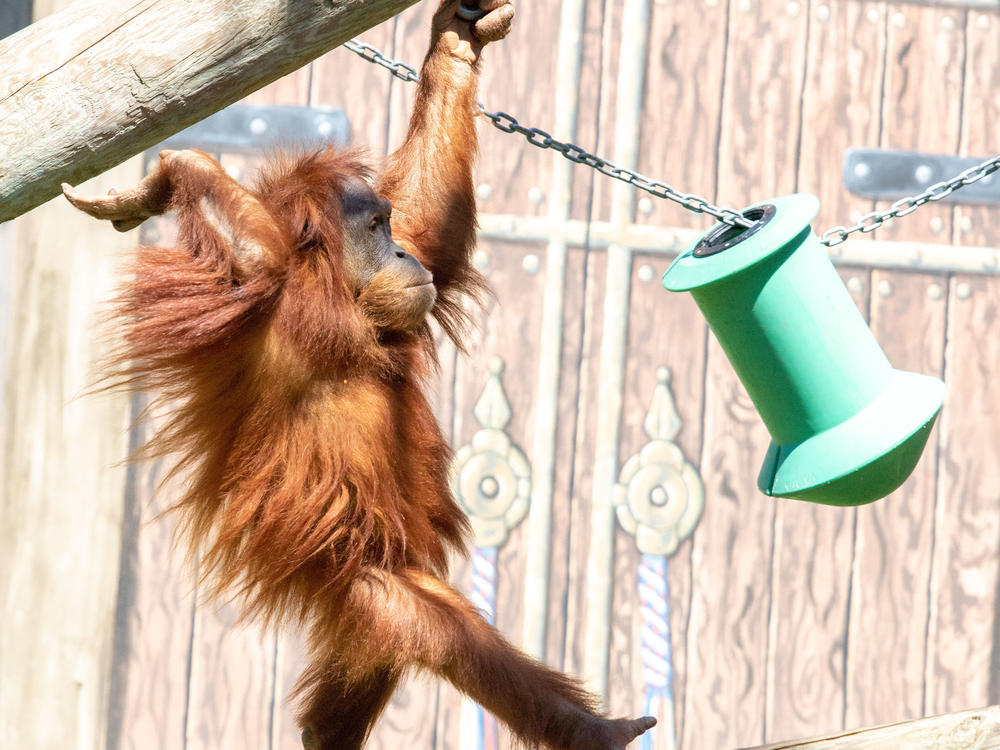 Menari, one of Audubon Zoo's Sumatran orangutans, is due to have her first offspring in December or January. / Digital Roux Photography

The staff is working with Menari to train her for motherhood but also to ensure that she will be comfortable with the possibility of staff stepping in to help take care of one or both newborns if necessary.

"The bond between an orangutan and her young is among the strongest in nature. Orangutans stay with their mothers longer than most mammals and female orangutans will continue to visit their mothers well into their teens," said Jan Vertefeuille of World Wildlife Fund in an email to NPR.

Vertefeuille says the bond between orangutans and their children, however, plays a role in the species extinction — that orangutan mothers are most likely to be killed rather than giving up their children when poachers seek babies for illegal wildlife trade.

The World Wildlife Fund cites the pet trade and habitat loss as two of the biggest threats facing the world's orangutan species.

There are believed to be fewer than 14,000 Sumatran orangutans living in the wild, as palm oil plantations spread into their habitats. 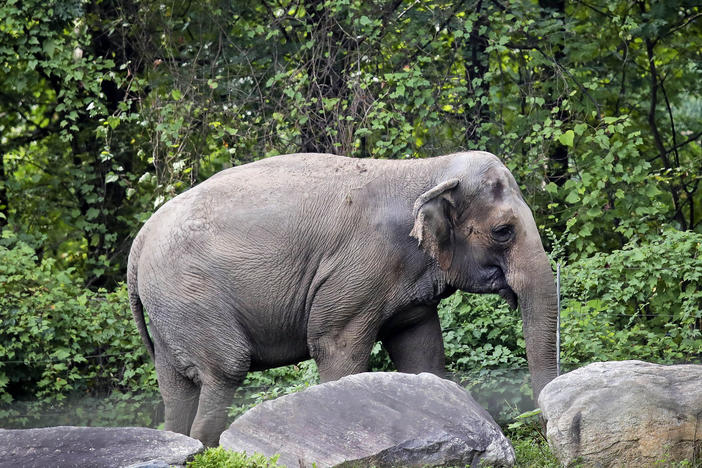 Happy the elephant is not a person, a court rules

The 5-2 decision by the court comes in a closely watched case that tested the boundaries of applying human rights to animals. 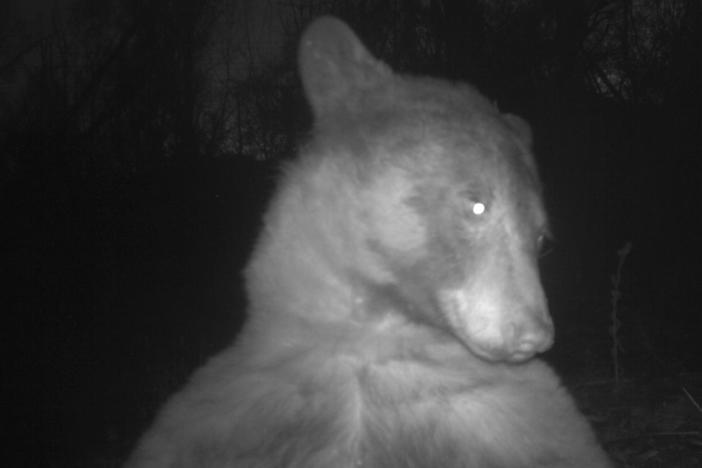 Photoshoots are an unintended — but amusing — use of the cameras. The Open Space and Mountain Parks department in Boulder, Colo., set up nine of them to learn about and protect local wildlife. 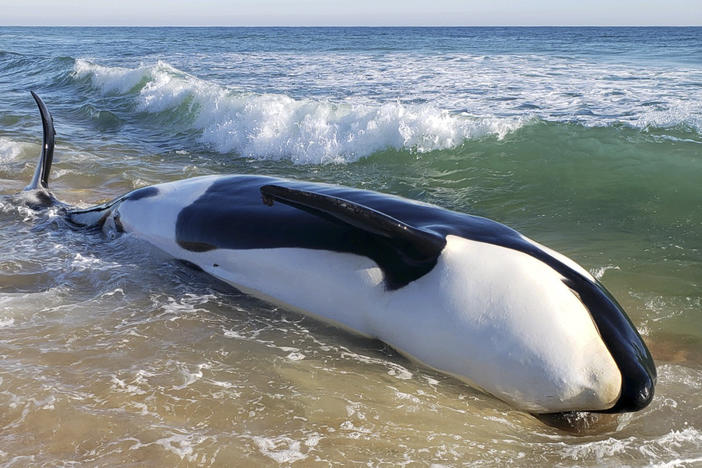 First orca whale to be stranded in southeast U.S. in decades showed signs of illness

A killer whale more than 20 feet long died after beaching itself in Palm Coast, Fla. This is the third known orca to be stranded in the southeastern U.S. and the first since 1956, an official says.