Ahmaud Arbery's death fueled calls for change. Here are the top five things it did 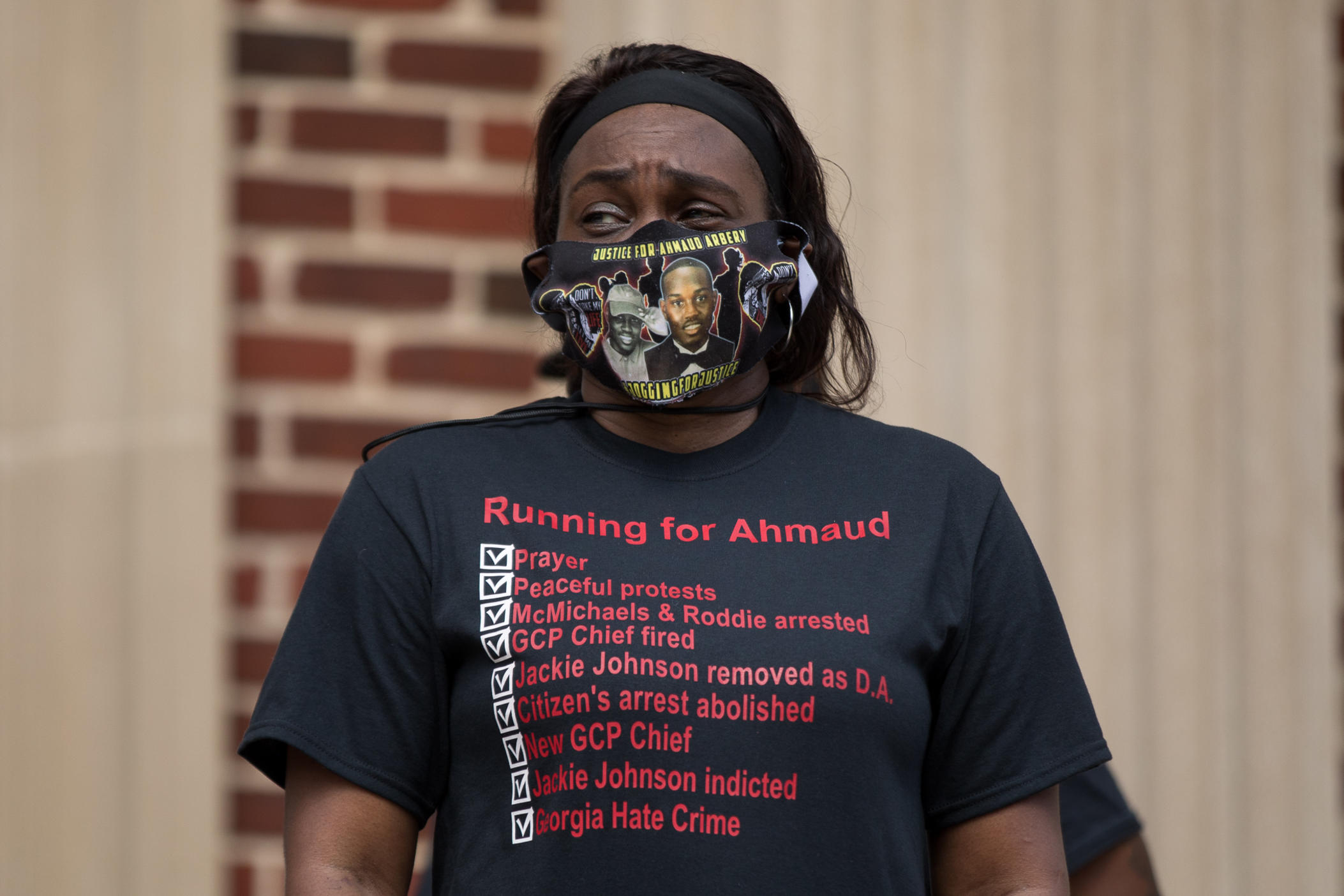 Caption
One of Ahmaud Arbery's aunts, Carla Arbery, wears a shirt listing the social change that has taken place in Brunswick and across Georgia following her nephew's killing.
Credit: Riley Bunch / GPB News

Although it took more than 600 days after Ahmaud Arbery’s death in February 2020 for a court to begin trial of the men charged in his killing, the tragic incident sparked a wave of change within his hometown and across the Peach State.

Gregory McMichael, 65, his son Travis McMichael, 35, and William Bryan, 52, face state charges, including murder, false imprisonment, and aggravated assault for chasing Arbery in pickup trucks as he jogged in Coastal Georgia and shooting him to death. Bryan filmed the killing on his cellphone.

Here are the top five changes fueled by the uproar after the 25-year-old Black man was gunned down.

In a historic move under the Gold Dome, the Georgia General Assembly approved new hate crimes legislation after more than a decade without one on the books.

On the last day of the 2020 legislative session, Republican Gov. Brian Kemp signed it into law.

Georgia was one of the few remaining states without a hate crimes statute, but what Kemp called the “vigilante-style" shooting of Arbery near Brunswick renewed calls for that to change.

The law enhances penalties for those who commit crimes against someone because of their race, gender, sexual orientation, among other identifiable characteristics.

“We saw injustice with our own eyes," Kemp said when he signed the bill. "Georgians protested to demand action, and state lawmakers rose to the occasion."

Race has played a prominent role in the first days of jury selection in the trial of the three white men charged in Arbery’s killing. The defense questioned potential jurors on their views on race — for example, whether or not they view a Confederate flag as a racist symbol.

Defense attorneys for the men charged in Arbery’s killing attempted to use the vague statute, which Kemp called a law “ripe for abuse.”

The defendants have said they believed Arbery had committed a burglary nearby when they chased him through the Satilla Shores neighborhood — although no evidence to support the claims has been found.

The law, now repealed, allowed any citizen to “arrest” another if they had knowledge that a crime was committed. Georgia lawmakers replaced it with more specific language about more narrow circumstances when a citizen can detain another.

Arbery’s family flanked Georgia’s Republican governor when he signed the bill into law.

It took nearly three months for arrests to be made in the shooting death of Arbery. Charges against former district attorney Jackie Johnson allege she played a large role in the delay.

Johnson was indicted by a grand jury on charges of violation of oath of public officer — a misdemeanor — and obstruction of a police officer — a felony.

The indictment states Johnson violated her oath of office by “showing favor and affection to Greg McMichael during the investigation into the shooting death of Ahmaud Arbery.” Gregory McMichael was an investigator in Johnson’s office until he retired in 2019. The court documents state that Johnson also directed law enforcement not to arrest Travis McMichael.

The case against Johnson remains pending.

Family and supporters of Arbery are also calling for an investigation into another district attorney who took on the case after Johnson recused herself.

In a letter to the Glynn County Police Department, District Attorney George Barnhill justified the actions of the McMichaels and Bryan.

“We do not see grounds for an arrest of any of the three parties,” he wrote.

All three are now charged with murder, aggravated assault and other offenses related to Arbery’s death.

The McMichaels and Bryan not only face state charges but also federal hate crimes charges.

In April, the three men were indicted by a grand jury in the Southern District Court of Georgia and charged with hate crimes and the attempted kidnapping of Arbery.

Although the federal court case does not have a start date yet, it sets a precedent for the state court proceedings and the role race will play in the trial that’s underway.

The federal indictment alleges the defendants threatened and used force against Arbery, who was jogging down a public street, because of his race. The three defendants are white; Arbery was Black.

Following the killing of Arbery, the Glynn County commission voted in June 2021 to hire the county’s first full-time Black chief of police.

Former FBI agent Jacques Battiste was chosen after a search conducted by the Georgia Association of Chiefs of Police. He assumed the role overseeing the department after an unsuccessful attempt by state lawmakers to abolish the department last session, prompted in part by the problems surrounding the Arbery case. 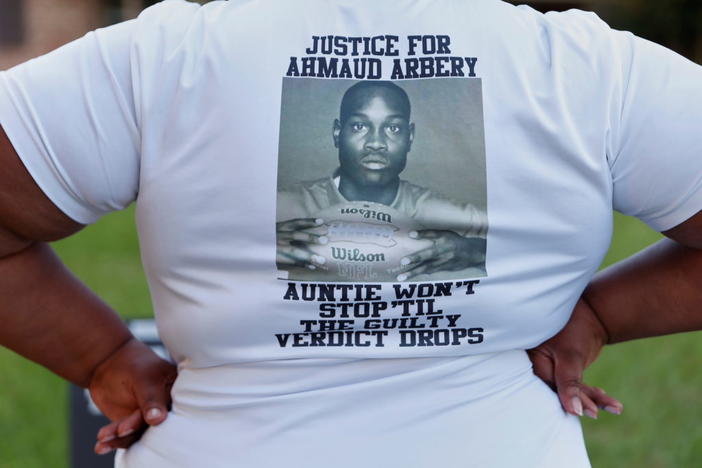 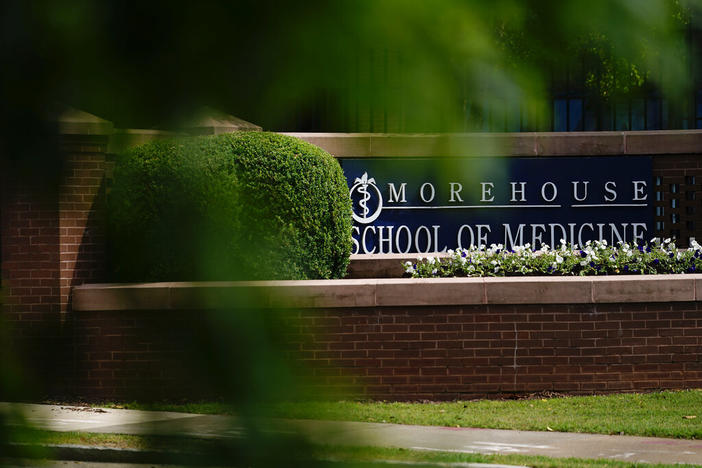 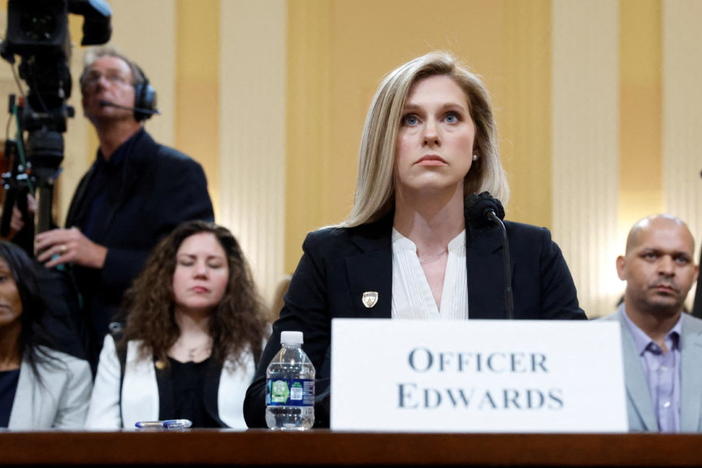 'It was carnage.' Capitol officer, a Georgia native, describes Jan. 6 during public hearing

Georgia-born U.S. Capitol Police officer Caroline Edwards describes what she witnessed during the Jan. 6, 2021, attack on the Capitol.