When discussing former President Jimmy Carter’s interests, the first thing that might not come to mind is music. But Carter campaigned with the Allman Brothers, brought jazz to the White House and sang hymns with Willie Nelson. GPB's Stephen Fowler has more. 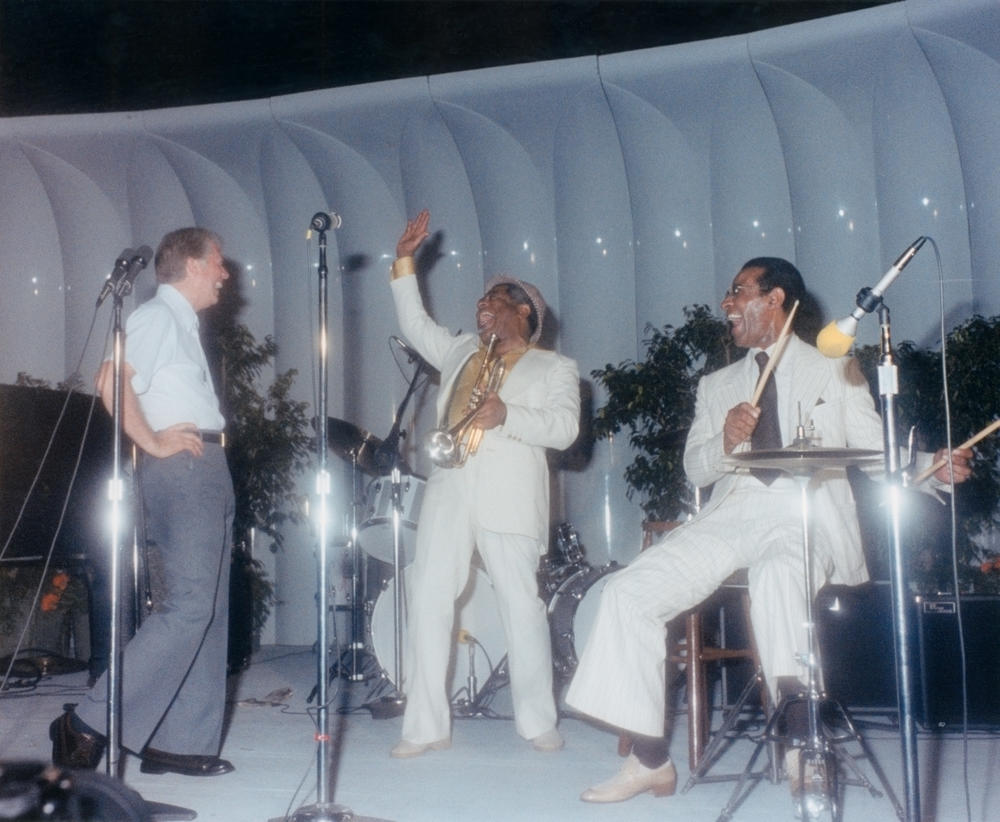 This photograph of President Jimmy Carter on stage at a White House jazz concert was taken on June 18, 1978. Carter appears in the photograph with trumpeter Dizzy Gillespie (center) and percussionist Max Roach (right).

Jimmy Carter is known for many things: Building affordable houses, helping to cure diseases, brokering peace… the list goes on.

What you may not know him for is music.

But the 94-year-old campaigned with the Allman Brothers, brought jazz to the White House and sang hymns with Willie Nelson.

He may not play saxophone like Bill Clinton or compose piano tunes like Richard Nixon, but music has played an important role in Jimmy Carter’s life from the start.

The Navy hymn, "Eternal Father Strong to Save," became one of Carter's favorites when he was a young man at the U.S. Naval Academy.

Written as a poem in 1860, the song was a favorite of President Franklin Delano Roosevelt and also performed at the U.S. Capitol when John F. Kennedy’s body laid in state.

C. Edward Spann, author of a book on presidential hymns, wrote that Carter, a lifelong Baptist, asked the Navy Glee Club to perform the number at his state funeral as well.

Carter made acquaintance with the musicians of Macon’s Capricorn Records such as the Allman Brothers when, as governor of Georgia, he supported anti-piracy legislation.

Carter’s run for president struck a chord with many musicians: The Allman Brothers held campaign concerts, the Atlanta Symphony Orchestra’s Robert Shaw wrote a $1,000 check and folk singer Oscar Brand sang the campaign song “Why Not The Best?”

Carter’s appreciation for music extends far beyond hymns and Southern rock songs, as a 1978 jazz concert at the White House brought to light.

Everyone from Herbie Hancock to Cecil Taylor to Dizzie Gillespie played. Gillespie even invited Carter up to the stage to perform the vocals to the tune “Salt Peanuts,” as heard on this clip from the BBC:

Carter told The New York Times then that he had been listening to jazz from a young age and called it an art form that helped break down racial barriers.

Carter has also been the subject of many musical odes, ranging in style from disco…

…to a western-ish tone poem.

It’s not just from his time in office, either.

Carter is a man of many genres, but his Baptist roots remain a central part of his life. One of his favorite songs to sing is the hymn "Amazing Grace."

Here’s a YouTube recording of Carter and his wife Rosalynn singing with their friend Willie Nelson at a recent concert in Atlanta:

So, the next time pictures of the former president building a house with Habitat for Humanity or speaking out about global issues, just know that he probably did it with a song in his heart. 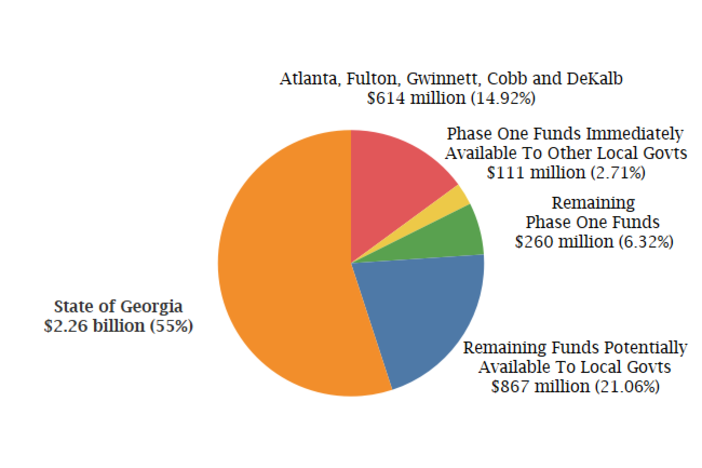 Mayors in two of Georgia’s most populous counties say their cities aren’t getting a fair share of federal relief money meant to help local governments...