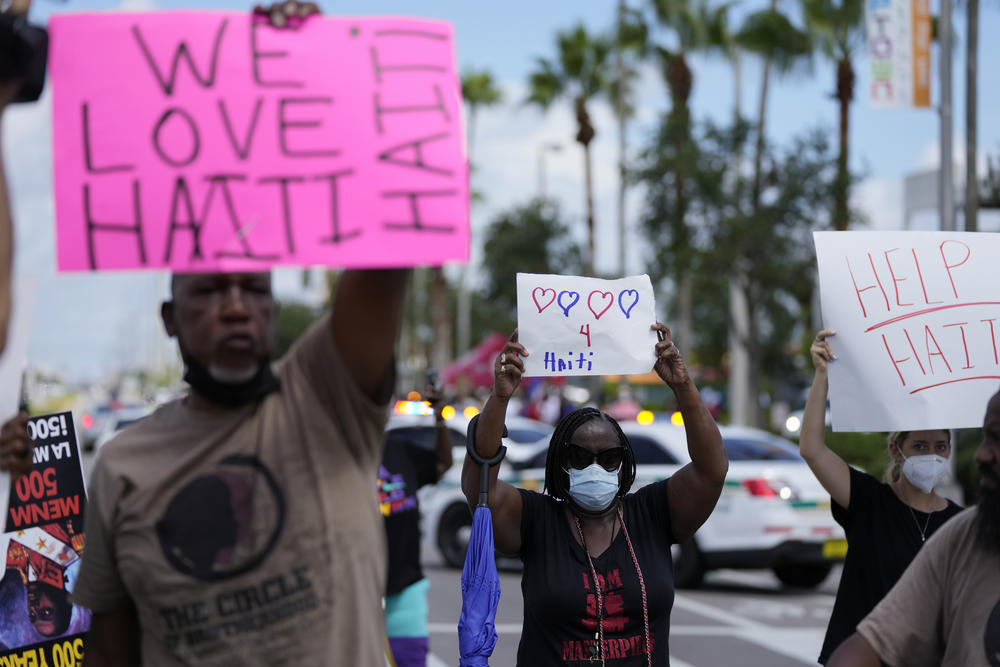 Members of Miami's Haitian community and other supporters protest against the deportation of Haitians arriving at the U.S. border, Wednesday, Sept. 22, 2021, outside the offices of the U.S. Citizenship and Immigration Services in Miami.

Meanwhile, President Joe Biden is facing fire from both sides of the aisle for what critics say has been the inhumane treatment of Haitian immigrants at the southern border. Thousands of Haitian refugees have sought asylum in the United States over the past several weeks, a situation lawmakers say underlines the need for comprehensive immigration reform.

"I've been involved in immigration a long time and we've been seeking a modern 21st-century change to immigration law for 21 years," immigration attorney Chuck Kuck said. "And Congress fiddles while Rome burns. It's just extraordinarily frustrating."