Pop singer Lorde has released an EP in te reo Maori, the Native language in her home country of New Zealand. Maori artists say that this is just one branch of a larger movement to revive the language.

You might have heard Lorde's latest album "Solar Power."

LORDE: (Singing) I hate the winter.

FADEL: The New Zealand pop artist has released an album of five of her songs translated into Te Reo Maori, the language spoken by the people indigenous to her home country of New Zealand. And while this choice has drawn a lot of attention, Maori artists say it's just one part of a much larger movement to revitalize the native language through, among other things, the power of music. Sam Yellowhorse Kesler of NPR's Code Switch podcast has this report.

SAM YELLOWHORSE KESLER, BYLINE: In 1999, singer Hinewehi Mohi shocked audiences at the Rugby World Cup with her rendition of New Zealand's national anthem. She had just released her debut album in her native language of Te Reo Maori. So when she was asked to sing at the Rugby World Cup, it made sense for her to do the same. But her singing was met with silence.

I wasn't actually sure of the English words, so I decided I would represent Aotearoa in the best way I could by singing in Maori. And there were a lot of people that couldn't sing along and really took offense to my use of the native language, the indigenous language of Aotearoa, New Zealand.

KESLER: She intended it as a celebration of her culture. Instead, she got complaints from rugby fans who wanted the English version. What resulted was a national dialogue about New Zealand's history of colonization and how it continues to harm current indigenous inhabitants and their language. It also brought attention to the ongoing Maori language revival, which was fighting to teach Te Reo Maori in schools and improved fluency across the country. That couldn't be more different than the New Zealand of the early 1800s. At that time, Te Reo Maori was discouraged in schools, and English was taught as the dominant language. By 1980, the number of fluent speakers among the Maori had declined to fewer than 20%.

MOHI: So you can lose the language in a generation, but it takes another three generations to reclaim it. And that's what we're doing now.

KESLER: Today, people sing the anthem in two parts, first in Te Reo Maori and then in English. Meanwhile, Hinewehi has continued to uplift the language throughout her life. In 2019, she recorded an album of songs in Te Reo with Maori and non-Maori artists alike called "Waiata Anthems." It marked the 20-year anniversary since her game-changing performance.

KESLER: Earlier this year, Hinewehi was given one of the highest honors in New Zealand, an Order of Merit, for her services to Maori, music and television. She also worked with Lorde to translate five songs off of her latest album into Te Reo, like title track "Solar Power" or opening number "The Path."

KESLER: Maisey Rika is a Maori singer-songwriter. She thinks the translated songs are a promising sign of the times. Her parents and grandparents were ridiculed and at times beaten for speaking Te Reo. Maisey, on the other hand, was brought up in immersive Te Reo schools as part of a movement called Kohanga Reo, or language nests. She sings in Te Reo to this day.

MAISEY RIKA: There's been a shift, a change in the tide here in Aotearoa. And so many artists, Maori and non-Maori, have wanted to be a part of this movement. And now Lorde wants to come and offer and embrace the shift in the tide.

KESLER: Lorde's album in Te Reo arrived just ahead of Te Wiki or Teo Reo Maori, or Maori Language Week. Some have questioned whether Lorde singing in this language is appropriation or not. But Maisey Rika is thrilled to see the change in the culture

RIKA: And to see all these non-Maori - you know, the Pakeha - getting up and singing and hearing that beautiful language roll off their tongue and the vulnerability in that - it makes me very proud.

KESLER: And Maisey says she wants to be a part of that change.

Mexico's most famous ranchera singer remains hospitalized after a fall at his Guadalajara ranch, leaving fans on both sides of the border worried about his fate and the music he made so famous. 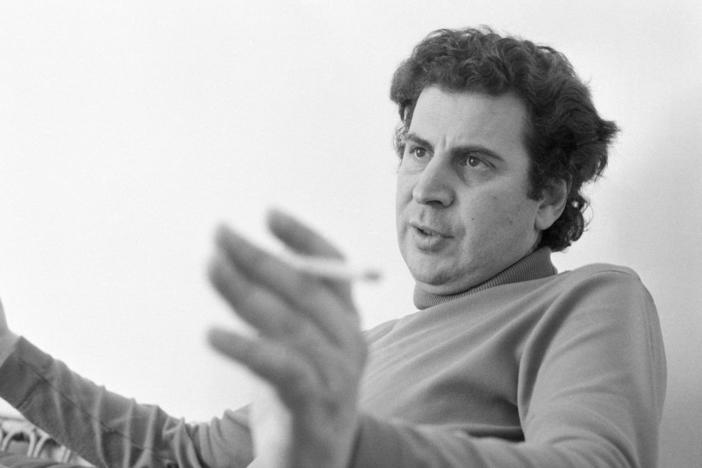 Greek composer and politician Mikis Theodorakis has died. He was 96 years old. His music for Zorba the Greek was full of joy — but his own story was much more complicated.

BTS has become a global economic force. The seven-member South Korean boy band is creating jobs, billions in revenue — and even moving the needle on South Korea's GDP.