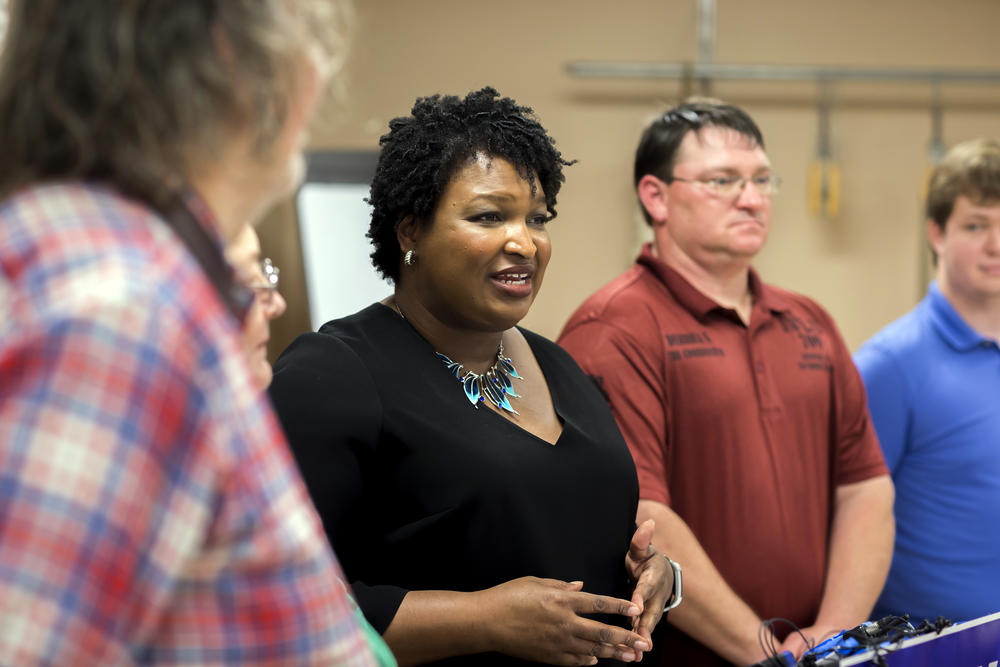 In this 2018 photo, Stacey Abrams speaks with media in Pooler, Ga., during her gubernatorial campaign that year.

Wednesday on Political Rewind: Despite enormous speculation that Stacey Abrams intends to run for Georgia governor in 2022, the former gubernatorial candidate has so far kept quiet on her future political plans.

During a sold-out event this week in San Antonio, Texas, Abrams kicked off a national tour. During the event, she again avoided any mention of the governor's race. Her tour will take her to dozens of cities.

Meanwhile, Georgia Secretary of State Brad Raffensperger is taking the first steps in a virtual tour of his own as he begins to promote his new book on how he fought former President Trump’s heated efforts to have Georgia’s election results overturned. On CNN this week, Raffensperger said he think the former president does know he lost the 2020 presidential election, despite Trump's repeated lies about the outcome.