A look at the possible awards contenders and blockbusters that Hollywood has in store for autumn.

As "Shang-Chi," "F9" and a few other crowd-pleasers hit theaters this summer, audiences got reacquainted with going out to the movies. Ninety percent of U.S. cinemas are open. And while the film business usually quiets down in cooler weather, that may not happen this time. In his fall movie preview, critic Bob Mondello notes that for more than a year, Hollywood has been saving its biggest budget debuts.

BOB MONDELLO, BYLINE: James Bond has a license to kill, but no one wanted that to apply to movie patrons.

LASHANA LYNCH: (As Nomi) I get why you shot him.

NAOMIE HARRIS: (As Eve Moneypenny) Yeah, well, everyone tries at least once.

MONDELLO: So theater owners held their breath as Daniel Craig's final 007 flick slid from April of last year to April of this year...

RALPH FIENNES: (As M) Come on, Bond. Where the hell are you?

MONDELLO: ...To finally a fall date that looks like it'll stick.

DANIEL CRAIG: (As James Bond) You can imagine why I've come back to play.

MONDELLO: At almost three hours, "No Time To Die" is potentially a billion-dollar picture worldwide, too big in a lot of ways to relegate to a streaming service. And what's true for Bond is just as true for Marvel as it unveils a new batch of superheroes who call themselves Eternals.

GEMMA CHAN: (As Sersi) I came here 7,000 years ago to protect humans from the deviants.

MONDELLO: Seven thousand years, eh? If you're an Eternal, time management is apparently not your forte.

RICHARD MADDEN: (As Ikaris) How long do we have?

MONDELLO: 'Twas ever thus, right? Also doing a bit of world-protecting, Timothee Chalamet is a king in training in "Dune," the latest adaptation of sci-fi's biggest-selling novel ever.

CHALAMET: (As Paul Atreides) He's getting a richer one.

RAMPLING: (As Gaius Helen Mohiam) He'll lose that one, too.

MONDELLO: There's talk of a whole cinematic Duniverse (ph) on the way.

RAMPLING: (As Gaius Helen Mohiam) Arrakis is a death trap.

MONDELLO: And with so many films having delayed openings the same weekend "Dune" premieres, Chalamet will pop up on other screens in Wes Anderson's latest weirdness, "The French Dispatch."

(SOUNDBITE OF FILM, "THE FRENCH DISPATCH")

FRANCES MCDORMAND: (As Lucinda Krementz) I can see that.

MONDELLO: Also butting heads this fall will be two true-story Adam-Driver-starring Ridley Scott epics, if you can believe that - "The Last Duel," where Driver faces an accusation.

JODIE COMER: (As Marguerite de Carrouges) He attacked me.

ADAM DRIVER: (As Jacques Le Gris) The accusation is false.

MONDELLO: It's the 14th century, so her hubby, Matt Damon, has just one option.

MATT DAMON: (As Jean de Carrouges) I request a duel to the death.

MONDELLO: "The Last Duel" is told from the viewpoint of each of its main characters, so Driver at least gets his say.

DRIVER: (As Jacques Le Gris) I am innocent.

MONDELLO: Driver will be less lucky in Ridley Scott's "House Of Gucci," where he plays the fashion designer whose wife...

(SOUNDBITE OF FILM, "HOUSE OF GUCCI")

MONDELLO: ...Had him killed. His wife is played by Lady Gaga.

(SOUNDBITE OF FILM, "HOUSE OF GUCCI")

LADY GAGA: (As Patrizia Reggiani) I don't consider myself to be a particularly ethical person, but I am fair.

MONDELLO: Cinemas will be teeming with other gangster types this fall, including in "The Many Saints Of Newark," a gangster you know...

(SOUNDBITE OF FILM, "THE MANY SAINTS OF NEWARK")

MONDELLO: ...Just a lot younger than you knew him - in high school.

(SOUNDBITE OF FILM, "THE MANY SAINTS OF NEWARK")

VERA FARMIGA: (As Livia Soprano) He's got a D-plus average.

UNIDENTIFIED ACTOR #2: (As Mrs. Jarecki) Well, he doesn't apply himself. But the results tell us he's a leader.

MONDELLO: Got that right - and played by James Gandolfini's son Michael. Other movie scammers include gambler Oscar Isaac and Tiffany Haddish, who stakes him, in "The Card Counter."

(SOUNDBITE OF FILM, "THE CARD COUNTER")

TIFFANY HADDISH: (As La Linda) You have to be the strangest poker player I ever met.

OSCAR ISAAC: (As William Tell) Oh, you have no idea.

MONDELLO: In the film "Beta Test," there are techies who think they've found an illicit path to wealth.

(SOUNDBITE OF FILM, "THE BETA TEST")

PJ MCCABE: (As PJ) These rich people - they don't have Facebook or anything. But you can bet these mothers have Venmo.

MONDELLO: Lower tech folks in "Queenpins" sell the virtues of coupon counterfeiting, though a small-town detective is skeptical.

PAUL WALTER HAUSER: (As Ken Miller) They call it the coupon high. Supposedly, it's better than intimacy with another person, so I've been told.

KRISTEN BELL: (As Connie Kaminski) Sorry. Have you not used a coupon, or have you not had sex?

HAUSER: (As Ken Miller) What happened?

MONDELLO: And "The Duke" is about a 1960s thief who swiped a painting from London's National Gallery and became a folk hero when he offered to return it if the government invested in better health care.

(SOUNDBITE OF FILM, "THE DUKE")

HEATHER CRANEY: (As Debbie) How do you plead?

JAMES WILBY: (As Judge Aarvold) For those unfamiliar with court proceedings, that was the plea not the verdict.

MONDELLO: "The Duke" is based on a true story, as is "The Eyes Of Tammy Faye" starring Jessica Chastain.

CHERRY JONES: (As Rachel LaValley) Tammy Faye, what'd you do?

MONDELLO: She sang. He preached.

ANDREW GARFIELD: (As Jim Bakker) If everyone watching could double their pledge just for one night...

(As Jim Bakker) God loves you. He really does.

MONDELLO: And evangelism was their oyster until...

CHASTAIN: (As Tammy Faye Bakker) We're not doing anything wrong, though.

GARFIELD: (As Jim Bakker) Is that a question?

MONDELLO: Also based on real life - Kristen Stewart playing Princess Diana in "Spencer." And in "King Richard," Will Smith is a tenacious California father who, despite what everyone tells him, just knows his girls are going to be great at tennis.

UNIDENTIFIED ACTOR #4: (As character) The chances of achieving the kind of success that you're talking about is just very, very unlikely.

WILL SMITH: (As Richard Williams) OK. You making a mistake, but I'm going to let you make it. Watch them hit a few balls.

UNIDENTIFIED ACTOR #4: (As character) All right. So tell me your names again.

MONDELLO: So they hit a few balls.

SMITH: (As Richard Williams) So what do you think?

MONDELLO: Documentaries will chronicle other real lives from one called "Julia"...

JULIA CHILD: (As herself) This is Julia Child. Bon appetit.

MONDELLO: ...To fabled authors in "The Capote Tapes" and "Kurt Vonnegut: Unstuck In Time." Also, the Swedish teenager who played Tadzio in "Death In Venice" then spent decades trying to live down headlines that had called him the most beautiful boy in the world.

MONDELLO: Enough reality, you say? Well, how about some animated kid flicks? One's about a buddy robot.

ZACH GALIFIANAKIS: (As Ron) Hi, insert registered name. I am your - your - your...

MONDELLO: It's called "Ron's Gone Wrong." Disney's "Encanto" is about a family where everyone's got magical powers except Mirabel.

STEPHANIE BEATRIZ: (As Mirabel) Gift or no gift, I am just as special as the rest of my family.

UNIDENTIFIED ACTOR #5: (As character) Maybe your gift is being in denial.

MONDELLO: And what could be better in a family film than family bonding...

ISAAC: (As Gomez) We are going on a road trip.

MONDELLO: ...Except maybe an "Addams Family 2."

CHLOE GRACE MORETZ: (As Wednesday) This is cruel, even for you.

MONDELLO: And for adults, there are genre flicks, including a quartet of Westerns. In Jane Campion's "The Power Of The Dog," Montana rancher Kirsten Dunst tries to protect her family from Benedict Cumberbatch.

(SOUNDBITE OF FILM, "THE POWER OF THE DOG")

KIRSTEN DUNST: (As Rose) He's just a man, only another man.

MONDELLO: In another, Tim Blake Nelson stars as a farmer...

UNIDENTIFIED ACTOR #6: (As character) You didn't hold that pistol like any farmer I've ever seen.

TIM BLAKE NELSON: (As Henry) Listen to me. What's going to happen will happen quick.

MONDELLO: In the shoot-em-up "The Harder They Fall," Idris Elba and Regina King head an all-star Black cast.

(SOUNDBITE OF FILM, "THE HARDER THEY FALL")

IDRIS ELBA: (As Rufus) I know who you are - the angel who hunts down those who trespass against him with no mercy.

MONDELLO: And Clint Eastwood is all mercy in "Cry Macho," a bring-the-kid-back-alive neo-Western.

CLINT EASTWOOD: (As Mike) This macho thing is overrated - just people trying to be macho to show that they've got grit. That's about all they end up with.

JAMIE DORNAN: (As Pa) Kids the same age as ours are getting killed. We can give these boys a better chance than we ever had.

MONDELLO: Edgar Wright's time travel fright fest "Last Night In Soho" is set in that same period. And the musical Jonathan Larson wrote before he wrote "Rent" is set a decade later.

UNIDENTIFIED ACTORS: (As characters, singing) This is the life, bo-bo-bo-bo-bohemia.

MONDELLO: It's called "Tick, Tick... Boom!" because its autobiographical composer hero feels his time slipping away.

MONDELLO: The fall also has many films about grief. It haunts the parents linked by tragedy in "Mass," the characters in the lush 1920s romance "Mothering Sunday" and the bittersweet indie flick "Language Lessons." And then there's the anxious high school student whose therapy, writing letters to himself...

BEN PLATT: (As Evan) Dear Evan Hansen, today is going to be...

MONDELLO: ...Takes on a life of its own in a musical that transfixed sold-out Broadway crowds before the pandemic.

PLATT: (As Evan, singing) On the outside always looking in, will I ever be more than I've always been because I'm tap, tap, tapping on the glass.

MONDELLO: "Dear Evan Hansen" will reopen on Broadway in December, but audiences can see it at the multiplex in just a couple of weeks. Finally, no more pandemic-era tap, tap, tapping on the box office window.

A previous version of this story incorrectly named the director of Old Henry. The director's name is Potsy Ponciroli. 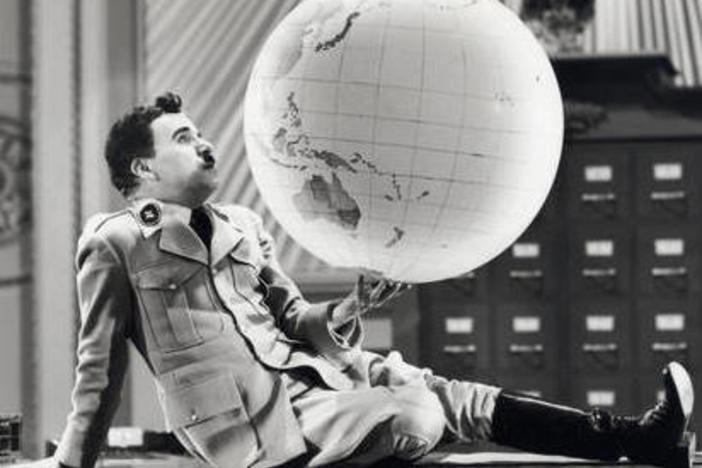 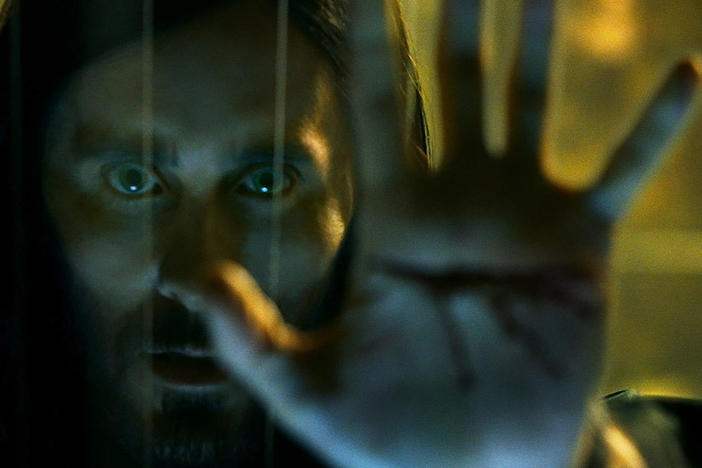 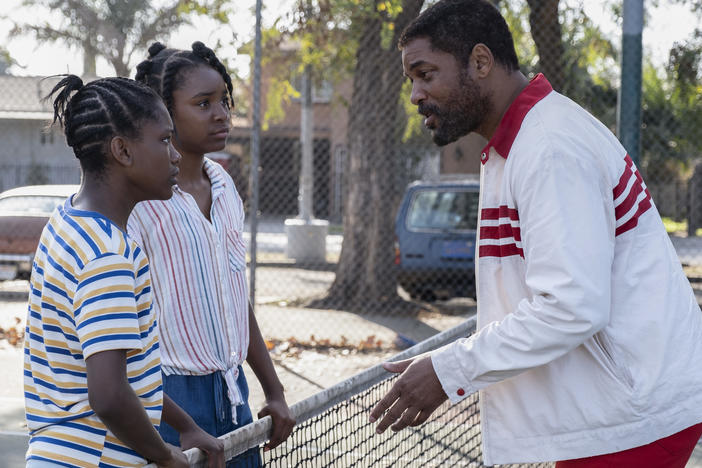