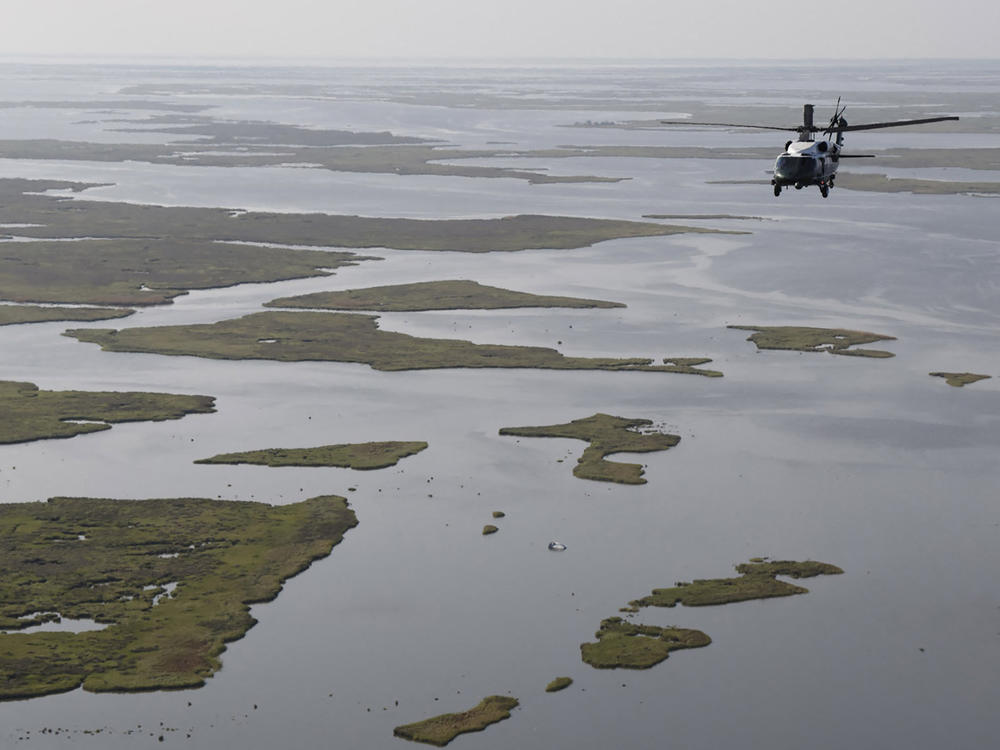 President Biden, aboard Marine One, inspects the damage from Hurricane Ida on an aerial tour of communities in Laffite, Grand Isle, Port Fourchon and Lafourche Parish, Louisiana, on Sept. 3, 2021. Port Fourchon is a major oil and gas hub in the Gulf region. / POOL/AFP via Getty Images

Divers were working Sunday to locate the source of an oil spill roughly two miles off the coast of Louisiana, in the Bay Marchand area of the Gulf of Mexico, according to the U.S. Coast Guard.

Talos has also contracted the dive team that will determine the source of the spill, Edwards said. In the meantime, Edwards said Clean Gulf Associates is running skimmers — devices that help pick up spilled oil from the water — in the region to help mitigate any further environmental impact.

The Coast Guard says it has multiple teams working to determine the extent of the pollution. Once the source of the leak has been identified by divers, the Coast Guard will work on a recovery and source control plan, Edwards said.

Since divers are continuing to retrieve information on the spill, the source remains unclear. The Associated Press reported that although Talos has hired Clean Gulf Associates and divers to find the source of the leak, the company said it does not believe they are responsible. The Coast Guard also said it does not know where the oil may be coming from.

"Talos took the initiative to respond to the pollution report and hired an oil spill response organization, however; the source of the product and the responsible party has not been determined yet," Coast Guard spokesperson Gabriel Wisdom said.

Talos and Clean Gulf Associates did not immediately respond to a request for comment.

News of the spill in Bay Marchand comes after the Associated Press reported satellite imagery from the National Oceanic and Atmospheric Administration (NOAA) last week that showed several other potential oil spills in the Gulf.

Environmental experts say the spill is far enough away from the coast itself that harm to local habitats is not immediately feared. But containing the damage so it does not reach aquatic organisms and sediment on the shore is absolutely critical.

Identifying spills after a hurricane can take longer than expected

Because of the intensity of hurricanes that hit the Gulf region, particularly one as strong as Hurricane Ida, oil and gas companies will typically evacuate some personnel who work on offshore rigs. But that can mean that the response time in finding oil spills and addressing them can be slower, Subra said.

"There's not a lot of people out there being able to stay in the water and see, so you're having to do satellite imagery ... That's the only way in the early phases that you can observe these spills and start addressing them as soon as possible," Subra said.

Oil spills reaching closer to the coast would also impact livelihoods of people who work in the seafood industry, which brings in billions in the Gulf region. Harm to fish, crabs, shrimp and other sea life could potentially impact thousands of jobs.

"It will have an immense negative impact on the environment as well as on the abilities of the communities to continue to survive," Subra said. 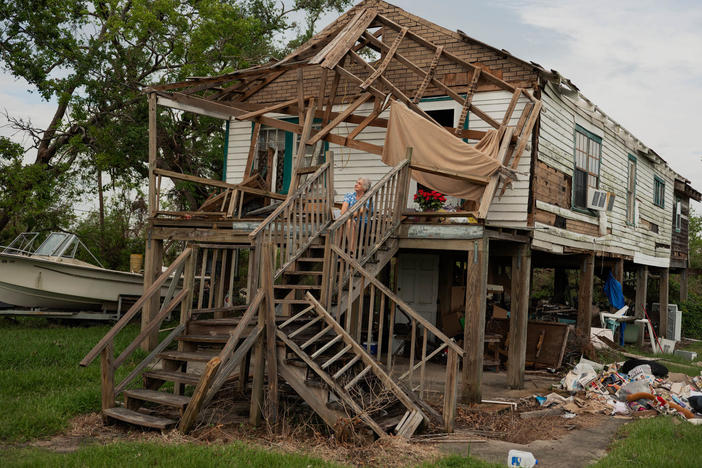 Pushed to the edge, tribe members in coastal Louisiana wonder where to go after Ida

By nature and necessity, the Houma people are a sprawling but tight-knit community in the bayou region. Federal recognition for the tribe could keep them out of harm's way. 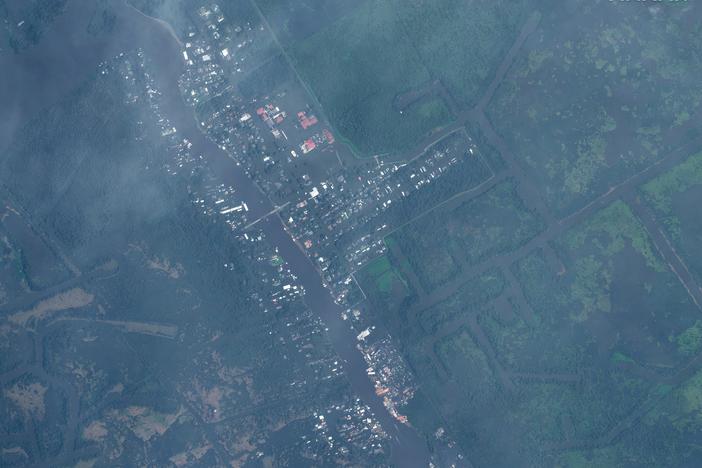 Days after Hurricane Ida hit Louisiana, local officials are still wading through floodwaters and heavy debris in continued efforts to help residents who stayed behind. 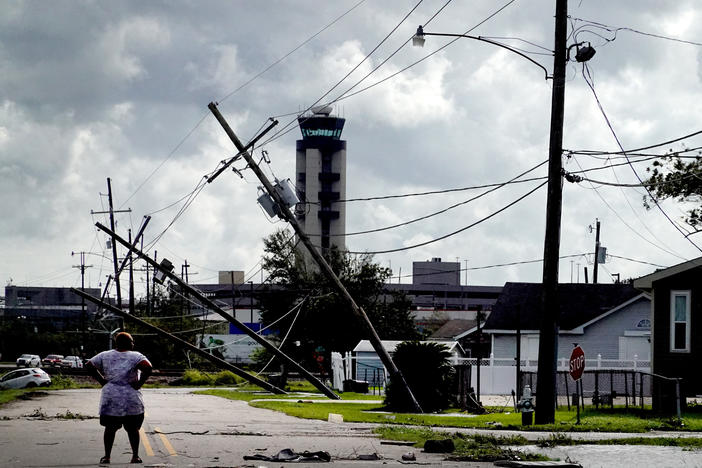