2 Artists Want G-7 Leaders To End E-Waste. So They Sculpted Them Out Of Trash

Made of circuit boards and smartphones, a giant sculpture of the leaders of the world's wealthiest nations is greeting them at a summit in England. The creators want to raise awareness about e-waste.

As President Biden and the other G-7 leaders from some of the world's wealthiest economies prepare to meet for a weekend summit in the English county of Cornwall, one of the biggest attractions is a two-story sculpture that has emerged from the hills nearby. It's a reproduction of the faces of all seven leaders in the style of Mount Rushmore. But instead of stone, the sculptor's material is discarded electronics. And he has named his work Mount Recyclemore. NPR London correspondent Frank Langfitt is in Cornwall and joins us now. Hey, Frank.

CHANG: Hi. So are you, like, literally next to the sculpture right now? (Laughter) What does it look like?

LANGFITT: It's fascinating. And it's also become this big tourist attraction. There must be 60 or 70 people here staring at it. And what the artist has done is he's basically taken - I'll give you an example. If you look at Boris Johnson, his face is made of old Samsung phone backings.

LANGFITT: And he's got all these old phones that is supposed to be his hair, including all these wires. And then right in front of me is Joe Biden. And Joe Biden's skin basically is all these green circuit boards from inside computers.

LANGFITT: And not - you know, just across the bay is where the G-7 is meeting starting tomorrow morning.

CHANG: I'm just amazed that these faces are recognizable.

LANGFITT: Oh, yeah, very recognizable. I mean, everybody can tell exactly who these people are.

CHANG: (Laughter) And what do you take is the sculptor's political point here?

LANGFITT: Well, I think it's a very - it's an environmental point. And I was just talking to him on the phone before you and I started talking. His name's Joe Rush. And this is how he put it.

CHANG: And how about all the people taking this visual in right now? How are they reacting?

LANGFITT: It's really interesting. I think people are fascinated by it. Obviously, it's - artistically it's very, very interesting. But in terms of the environmental message that Joe was just mentioning, I mean, I think it really resonates with people. I was talking to a woman named Joanie Willett. She teaches politics. And I asked her what struck her the most.

JOANIE WILLETT: For me, it's the Joe Biden circuit boards because those are things that we don't even see. It's totally invisible. And we don't give it any thought when we're using this stuff.

LANGFITT: And people out here are taking pictures - it's very interesting - of people like Boris Johnson's skin of old phones with their own cellphone. So it feels a little bit meta right now.

CHANG: Well, what about the G-7 leaders? Have they said anything about recycling yet?

LANGFITT: They haven't spoken specifically about that. But they are - the environment is a huge issue, and especially climate change because the window is closing on trying to prevent even more damage. And certainly that's going to be a big topic of conversation this weekend.

CHANG: That is NPR London correspondent Frank Langfitt joining us from Cornwall, England. Thank you, Frank. 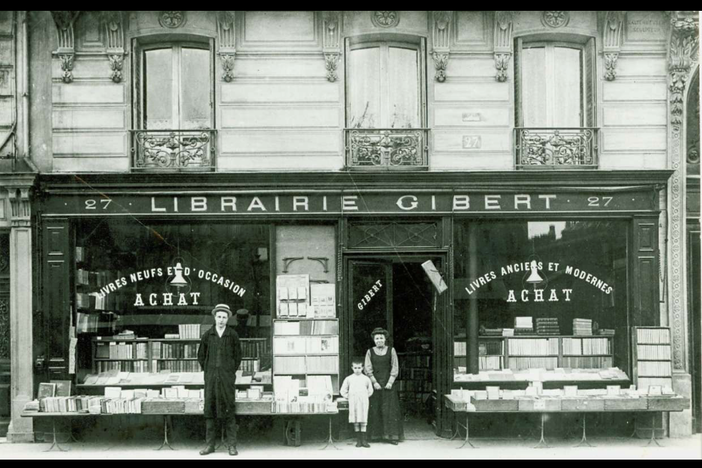 Paris Bookstores Are Designated Essential — But These Landmarks Struggle To Survive

Gibert Jeune, which held a prominent place in Parisians hearts, is one of the latest to close. The pandemic is only one pressure on independent bookstores, but some have found ways to survive. 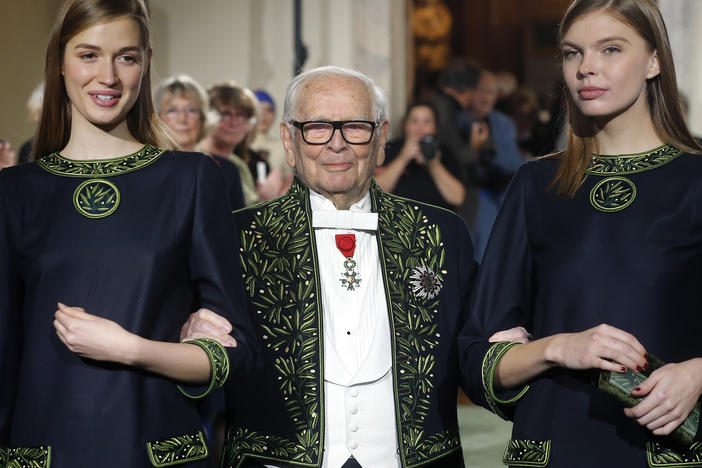 The son of Italian immigrants worked with luminaries such as filmmaker Jean Cocteau and designer Christian Dior before launching his own line. 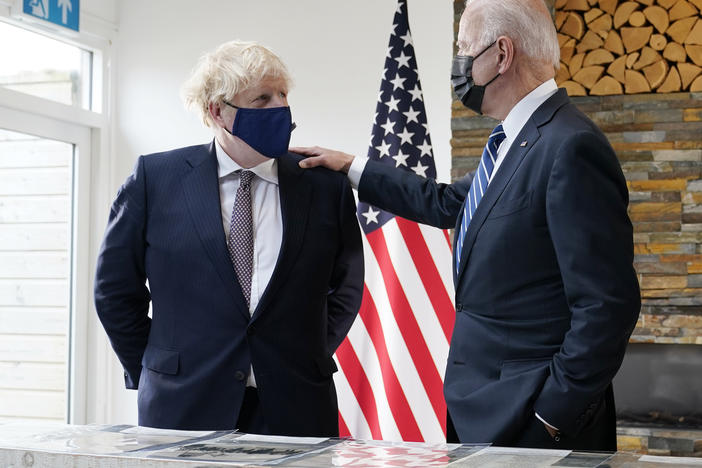 With An Eye To History, Biden And Johnson Try To Rekindle The 'Special Relationship'

President Biden and British Prime Minister Boris Johnson signed a 21st century Atlantic Charter, an update of a document that tied the countries together during World War II.