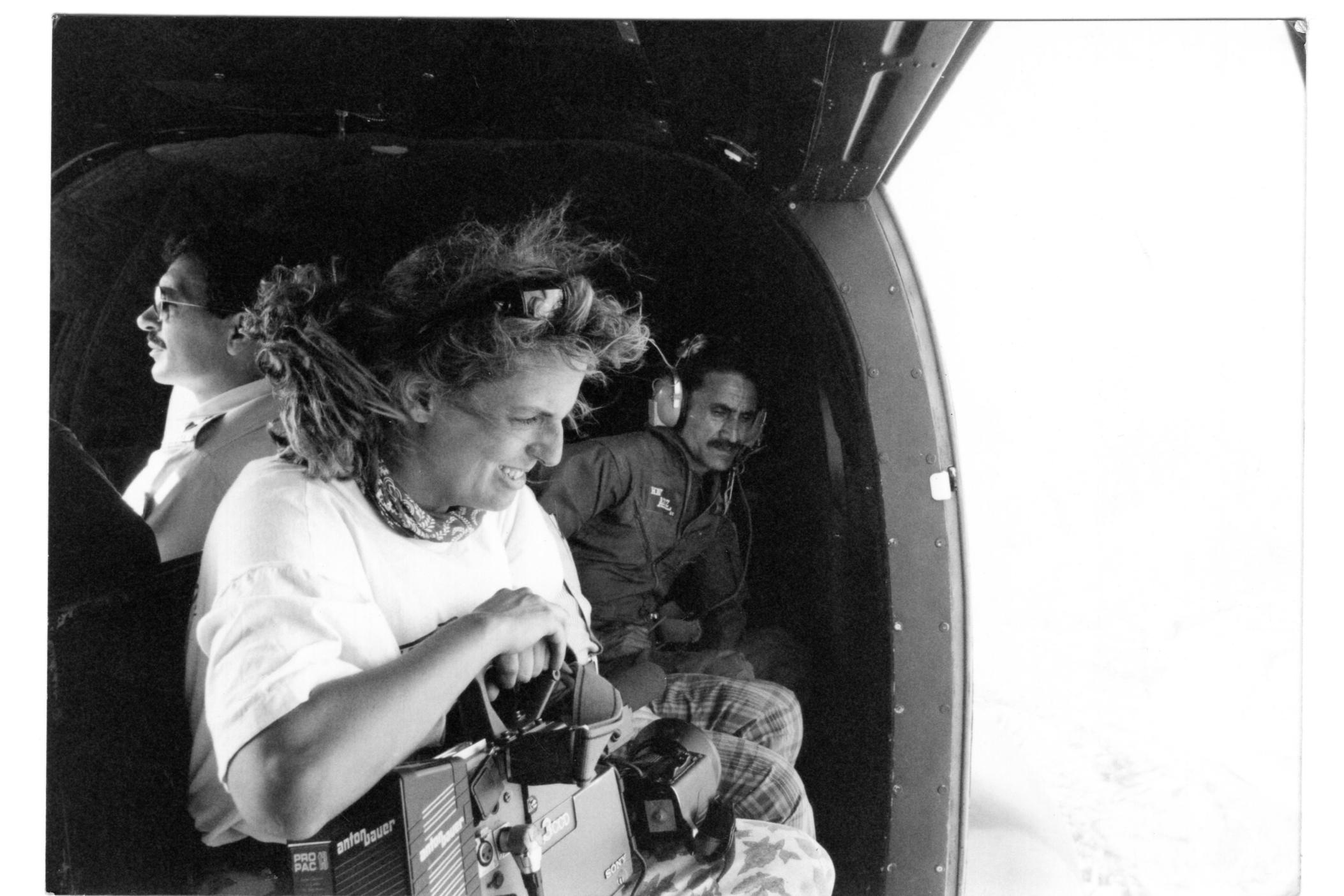 Reporting in war is rarely easy or glamorous, and often subjects journalists to the worst visions of humanity.

In her new documentary film No Ordinary Life, which premieres digitally through Tribeca on June 16, Atlanta-based director Heather O'Neill set out to highlight the lives of those rarely shown to the public — women photojournalists who risk their own safety behind the camera to bring the images of war and conflict to the world.

"You see a lot of female producers, but it's just rare to see a female camerawoman — and they had such incredible stories," she said. "And getting to know them over the years, always in the back of my mind I wanted to tell their story because it's just pretty remarkable."

One of those photojournalists is Atlanta resident Cynde Strand, a longtime CNN photojournalist whose work has taken her around the world. She said her motivation for agreeing to participate was a desire to encourage more women to chase their passion for photojournalism in an otherwise male-dominated industry.

"I want just one woman to pick up a camera and say, 'Oh, gosh, I want to do this," she said. "That this just inspires one young woman to know that it's possible."

Strand said her journey towards becoming a journalist began when she was a kid with a vivid imagination.

"When I was a kid, I used to ride my bike imagining I was making my way through China, and I always wanted to travel around the world," she said. "My parents used to make me go to the library every week and I just read these books about extraordinary places. I just wanted to see them."

Strand eventually would see those places, including China. She recounted the night she spent in Tiananmen Square in 1989, when government troops opened fire on student-led demonstrators who had been protesting for weeks.

"I chose to stay in the Square all night," she recounted. "And I gave everyone with me the option of going back to the hotel. I knew this was the night of the crackdown and I knew people were being killed on the roads leading into the Square. None of us knew what was going to happen."

Another formative moment for her was witnessing Nelson Mandela vote.

"A joyous, incredible moment watching Nelson Mandela with that incredible smile and those fingers pushing his ballot in the first real fair, nonracial election in South Africa into that box," she said. "I mean, even when I talk about it today, I get chills."

Strand also recounted the darker moments of her profession — such as being a witness to death. A moment in Somalia still lives in her memories.

"The warlords were holding a camp hostage and the U.S. military aid organizations, you know, they were trying to get food to the people in the food corridors," she said. "It wasn't coming in time."

Then, she encountered a woman.

"We had eye contact and she gave me this beautiful smile and she died," Strand said. "To this day, one of my great regrets is that I don't know her name."

O'Neill said the humility of the women she spoke to — and the love of their experiences —  struck her the most.

"Once we started looking at video and they would give me video, they kind of got excited because they remembered all of these stories that they did in places they worked," she said. "They're just incredible journalists."

Another factor? Their dedication to the job.

"I think people will take away that these women were so committed and sometimes just lived on the road for months and lived in different countries covering really heavy conflicts and uprisings," she said. "I want people to sort of see, you know, these are the people who are so committed to telling you what's happening in the world."

O'Neill, like Strand, hopes her film will inspire women to consider journalism.

"Just don't ever take no for an answer," she said. "I mean, you're just as capable and there's no reason you can't do the work and get that job that you want." 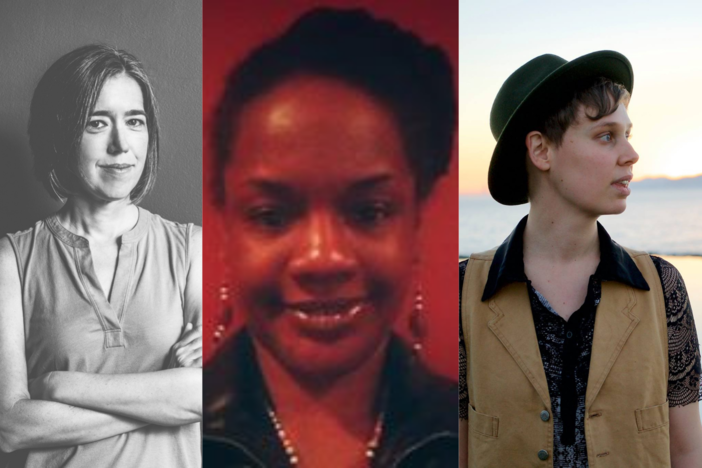 Can Poetry Say What Politics Can't? Three Poets Speak On Its Power

In the past year, the personal became extremely political. Perhaps poetry can say what politics can’t. GPB's Leah Fleming talks with three Georgia poets, including the state's poet laureate, to discuss the power of poetry during a pivotal time in American history. 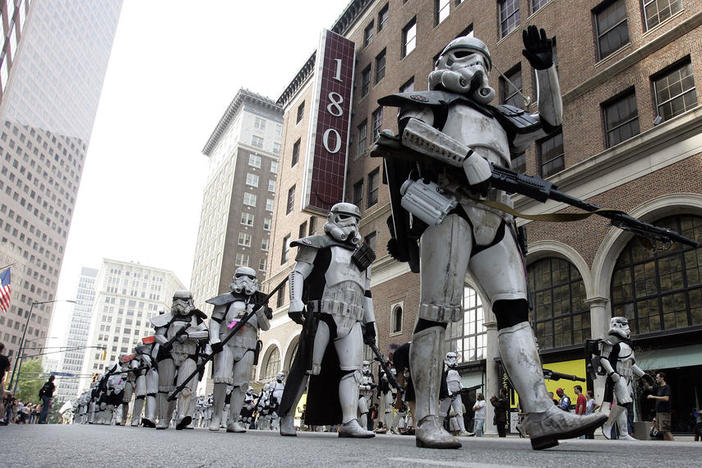 INTERVIEW: Dragon Con Spokesperson On Decision To Return In 2021

Atlanta’s largest pop culture convention will return in-person this September after the COVID-19 pandemic forced organizers to cancel it in 2020. 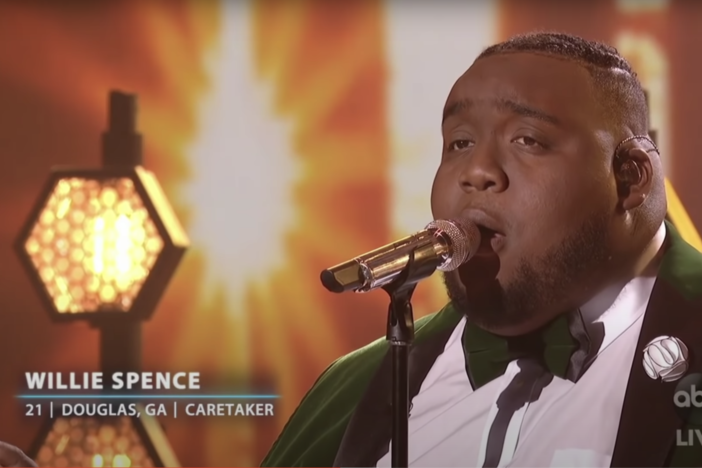 American Idol concluded its 19th season on Sunday and some fans shared their frustration with the results online.