Jupiter's moon Ganymede will get company later today because NASA's Juno mission is paying a visit. The probe will zoom by just 645 miles above the solar system's largest moon.

NPR's Joe Palca has a preview of what the flyby could reveal.

JOE PALCA, BYLINE: Ganymede is an icy moon, and icy moons are attracting a lot of attention from planetary scientists these days. That's because researchers have come to understand that these watery worlds could be home to some kind of life, even though they're far from the sun. There's liquid water on some of these moons, so some kind of heat source must be there.

Katherine de Kleer is a planetary scientist at Caltech. She says Ganymede has another special feature, one the other icy moons lack.

KATHERINE DE KLEER: Among this class of objects, Ganymede is the only one that has its own magnetic field.

MARGARET KIVELSON: The environment of Jupiter is pretty fierce. I wouldn't be thrilled about being the person to land (laughter) on Ganymede.

PALCA: Kivelson was on the science team of NASA's Galileo mission to Jupiter, the last one to visit Ganymede close up more than two decades ago. And speaking of close-ups...

SCOTT BOLTON: The images will be - I expect them to be spectacular.

PALCA: Scott Bolton from Southwest Research Institute is principal investigator for the Juno mission. There won't be a lot of pictures. Juno will be traveling at 12 miles per second as it speeds past Ganymede.

BOLTON: We'll be able to look at those and detect potential changes since Galileo took a look.

PALCA: Although its primary mission is to study Jupiter, Juno is turning its attention to the planet's moons. Next year, there'll be a flyby of Europa and after that, Io. 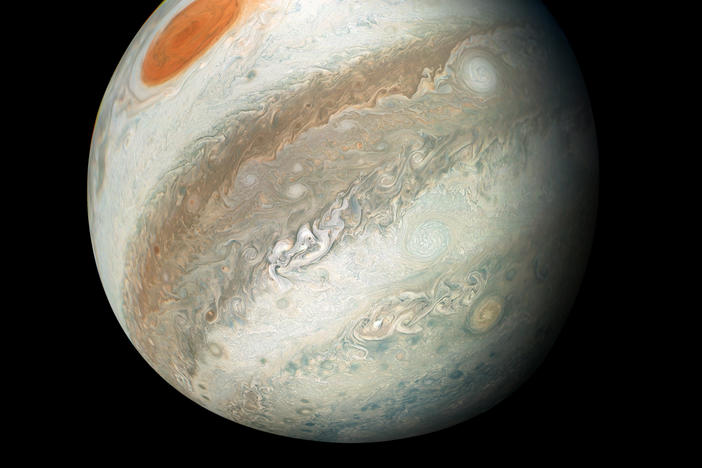 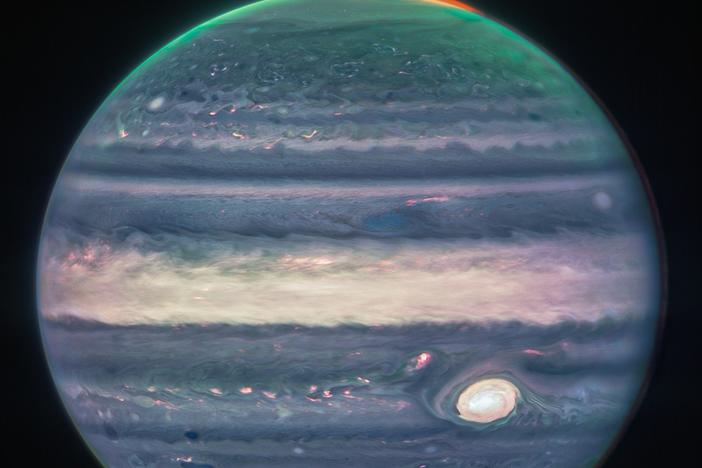 The telescope uses a camera with filters that can make a color map out of infrared light, which is invisible to the human eye. 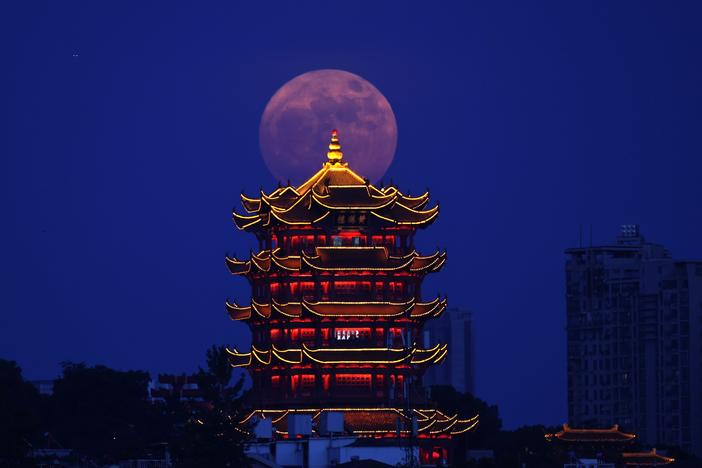 The last time to catch a supermoon this year is approaching

Supermoons in general appear 17% bigger and 30% brighter than when the moon is at its farthest point away from Earth, according to NASA.