The USDA Is Set To Give Black Farmers Debt Relief. They've Heard That One Before

The U.S. Agriculture Department is sending aid for debt relief to struggling farmers of color beginning this month. But many Black farmers distrust the department after decades of failed promises.

The massive COVID relief package includes billions for the U.S. Department of Agriculture to wipe away the debt of farmers of color. But these farmers have been promised relief before to make up for decades of discrimination, and many are skeptical that this time will be different, as Emma Hurt of member station WABE in Atlanta reports.

EMMA HURT, BYLINE: Agriculture Secretary Tom Vilsack is in Fort Valley, Ga., on a sunny Saturday morning trying to convince a group of Black farmers to trust his department again.

TOM VILSACK: No surprise here. I'm a white guy from the Midwest. And I'm hot.

VILSACK: So if you don't mind, I'm going to take my coat off. Is that all right?

HURT: Vilsack lays out the details of an estimated 4 billion in debt forgiveness for farmers of color, which he says will begin this month. His trip and the relief are a big deal, an acknowledgment of long-standing discrimination at his own agency's hands

VILSACK: When people do not have full access to the broad array of services and benefits at the Department of Agriculture, they've been at a severe disadvantage. White farmers obviously had the full advantage. They had all the programs. And so they had a chance to grow, to expand.

HURT: As a result, over the years, a skepticism of the USDA has deepened, and it affects how some farmers view this latest relief package.

JOHN BOYD: It's like the fox watching the henhouse.

HURT: John Boyd is president of the National Black Farmers Association. He's a Virginia farmer who became an advocate decades ago after facing loan discrimination himself

BOYD: Just about every 8 1/2 to nine years, something happens in this issue. And I don't have many more 8 1/2 or nine years left in my span here to get some real significant change in place so that we can save the next generation of Black farmers.

HURT: Report after government report has documented how little government help Black farmers have received, all while they've lost millions of acres of farmland. Lloyd Wright ran the Civil Rights Division of the USDA in the '90s. He was hired to deal with a backlog of discrimination complaints that the department, he says, had basically ignored for years. He understands why farmers are skeptical of the government's new promise

LLOYD WRIGHT: When farmers tell you they're not sure yet, well, if you'd gone through the history for the last 150 years, you wouldn't be either.

HURT: In 1999, Black farmers won the largest civil rights class-action settlement in U.S. history for discrimination by the department. But thousands of claims were denied because they didn't meet certain conditions, and nearly 60,000 were rejected for being late. Wright calls the case, known as Pigford, a disappointment.

HURT: To address those late claims, in 2011, the Obama administration and then-AG Secretary Vilsack allocated another billion dollars for a second settlement. But there were accusations of non-farmers winning claims, all while farmers who'd already been denied, like Lucious Abrams from Keysville, Ga., were blocked from applying.

LUCIOUS ABRAMS: Any bump in the road, I know it. I've been there.

HURT: Weeks before Vilsack's trip, Abrams spoke to a group of fellow Georgia farmers at an event organized by Senator Raphael Warnock. Abrams has been appealing his denial for decades without success, accumulating more debt and fighting foreclosure along the way.

ABRAMS: I want to ask you a question. If you go stick your hand in a hole and a rattlesnake bite it the first time, and you go back there the second time and stick your hand, oh, he bite me second time, what you think he do the third time?

HURT: Secretary Vilsack vows this time is different. The process is simpler and without conditions.

HURT: Ironically, fewer than 10% of farmers of color could qualify for this because most don't get their loans from the government - many don't try after the horror stories. The department is committed to changing that status quo, but it won't happen overnight, says Dewayne Goldmon, a Black farmer from Arkansas and the USDA's new racial equity adviser.

DEWAYNE GOLDMON: This is not a speedboat that we're changing direction. This is a huge barge in a slow-moving stream. It's going to take some time to change course.

HURT: There's been pushback on this money. Several white farmers have sued the department, calling the relief discrimination against them. Secretary Vilsack's response...

VILSACK: To a white farmer who thinks that, gosh, somebody's getting something I'm not getting, now maybe you might feel some sympathy for the folks for the last hundred years who've had to feel that way.

A previous version of this story incorrectly said 169 Black farmers received debt relief under the Pigford settlement. It was actually 425. 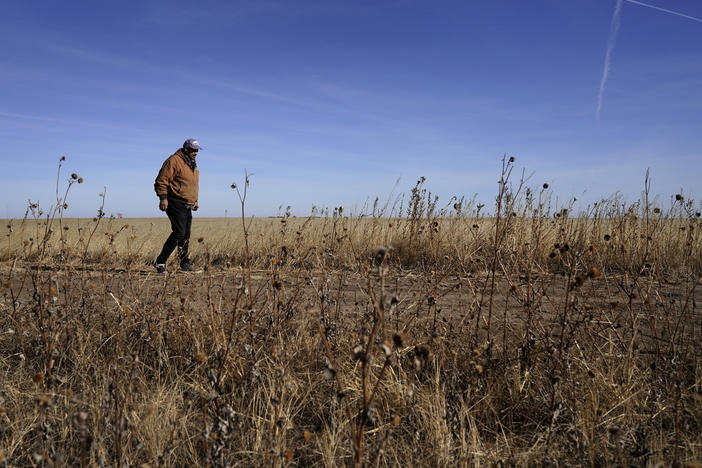 Generations of systemic discrimination have decimated the number of Black farmers in the U.S. Agriculture Secretary Tom Vilsack talked with NPR about new funding for debt relief. 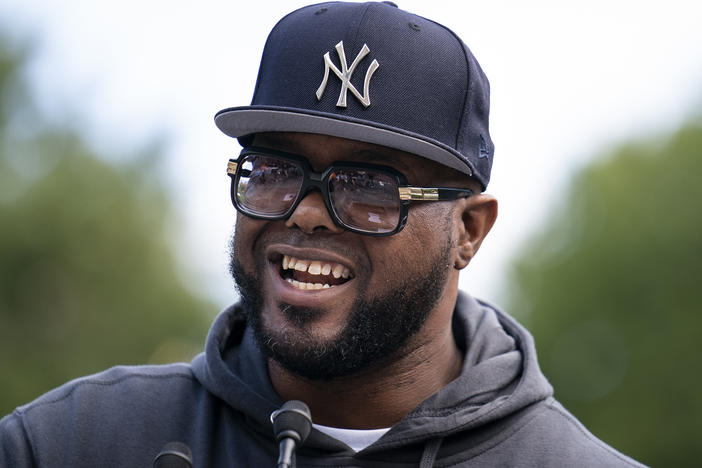 9,000 digital art NFTs are being released to raise funds in George Floyd's memory

In the fight to get justice for his brother's murder, Terrence Floyd has turned to the unlikeliest corners to do just that: NFTs — or non-fungible tokens. 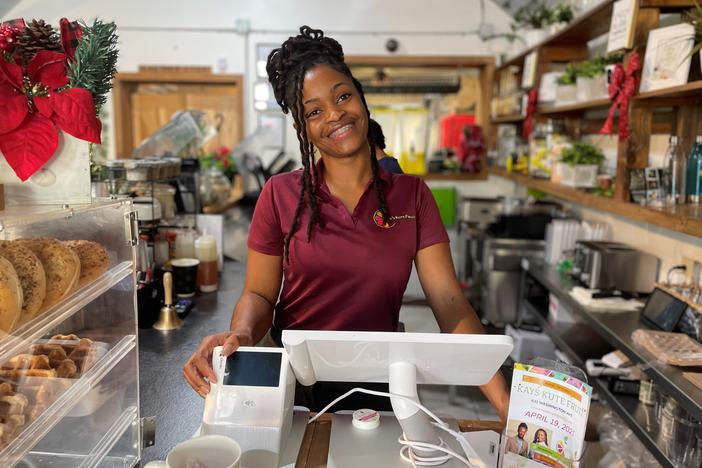 In one of the poorest rural regions of the country's poorest state, a Black entrepreneur is helping Black owned businesses open and thrive even during the pandemic.