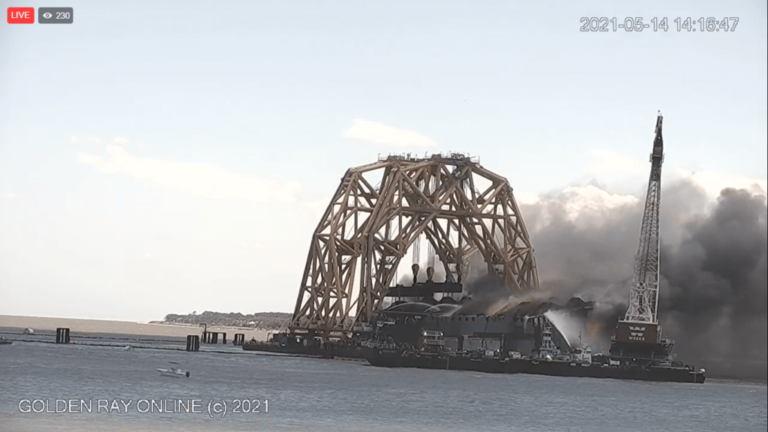 The U.S. Coast Guard says there was no significant damage caused when the shipwrecked Golden Ray caught on fire on May 14.

The U.S. Coast Guard and St. Simons Sound Incident Response team said Tuesday that they are still waiting to determine when cutting will restart on the remaining 300 feet of the vessel that capsized off the Georgia coast in September 2019.

According to the response team, a post-fire assessment revealed that the ship and removal equipment, including the heavy-lift crane used for the cutting, did not suffer any significant damage. The team says they haven’t logged any reports of harmed wildlife or major environmental damage.

“We are still making preparations to resume cutting but do not have an exact timeframe yet,” U.S. Coast Guard Petty Officer Michael Himes said.

Environmental groups including the Altamaha Riverkeeper are worried about the potential damage caused by car and ship parts and chemical pollutants spilling into the waterways.

With both ends of the Golden Ray open after months of workers cutting the massive ship into sections for removal and the tide swinging out of it every day, melted plastic covered in oil and other debris is showing up on local beaches, said Altamaha Riverkeeper Executive Director Fletcher Sams.

Along with cleanup, the St. Simons response team works to mitigate light oil spills in the area. In addition to the Coast Guard, the response team includes salvage contractor Gallagher Marine Systems.

“Cars these days are made out of a lot of plastic, and when they’re burning hot enough to boil paint off the ship, the windows are popping and all the upholstery… debris that was intact like a car is now lots of different pieces of debris,” Sams said.

Himes said the May 14 fire appears to have started during some pre-cutting preparation.

The blaze is the latest setback on the beleaguered removal project initially targeted to wrap up before last year’s hurricane season started in June.

In April, the officials overseeing the salvage estimated it would take at least several more months to get the wreckage out of the channel leading to the Port of Brunswick.

With more than 4,000 Kias and Hyundais on board, the Golden Ray likely capsized after leaving the port because unstable loading left it susceptible to tipping over.

The method used by contractor T&T Salvage to remove the ship has been controversial. The vessel is being cut into large pieces by a giant floating crane.

Another contractor, DonJon-SMIT, which was originally selected to salvage the wreck, planned to cut the ship into smaller pieces. They said it would have allowed for more controlled removal of the cars left inside and reduced the risk of leaking pollutants. 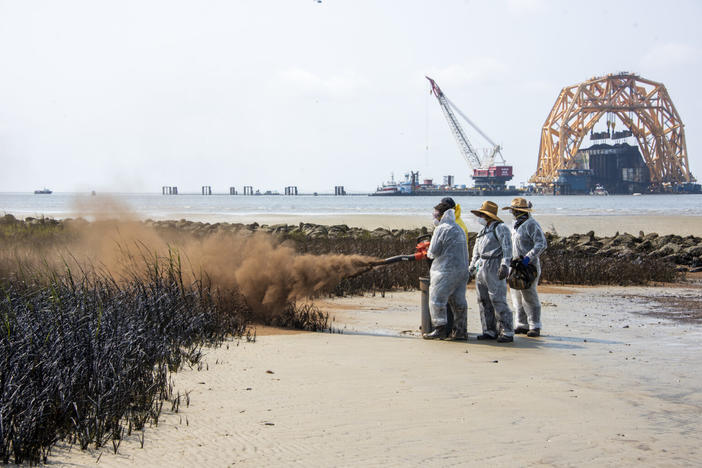 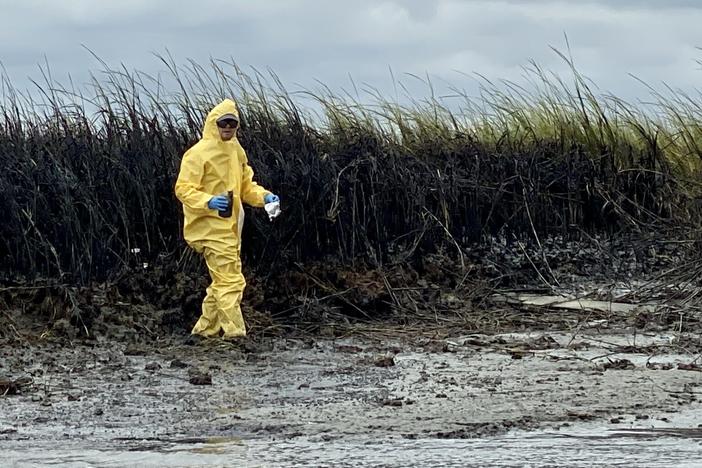 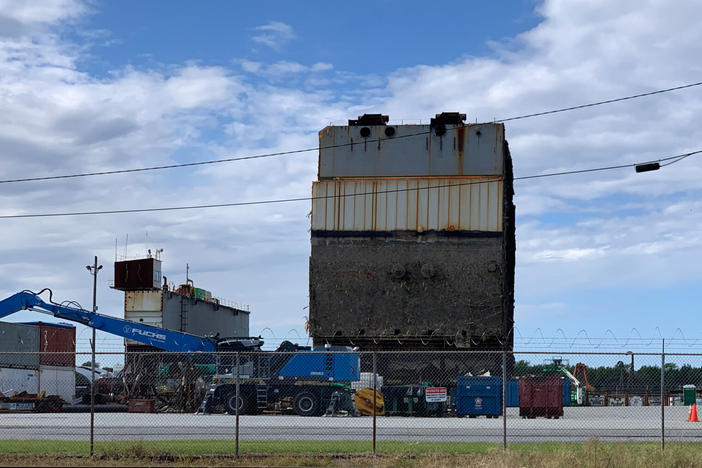