Melting Snow Usually Means Water For The West. But This Year, It Might Not Be Enough

Much of the West is in extreme drought, and a good spring snowmelt could bring relief. But drought and the warming climate make that harder, putting water for millions of people at risk.

Much of the western U.S. is in extreme drought. A good spring snowmelt could bring some relief by helping to fill streams and reservoirs. But a warming climate and the effects of the drought are putting water for millions of people at-risk. Michael Elizabeth Sakas of Colorado Public Radio reports.

BRIAN DOMONKOS: We are near the headwaters of the South Platte River to figure out how much snowpack we have that's left to run off into our streams, rivers and reservoirs.

SAKAS: To do this, Domonkos jabs a tall metal pipe into the snow to collect a core sample. The snowpack here is over 100% of what's normal for this time of year. But that's not the case for most of Colorado or the West. In the southwest corner of Colorado, snowpack is at less than 30%. Domonkos says there's a concerning trend that goes back to last year's near-record heat.

DOMONKOS: That might be the real wow factor for me, where the soil moisture deficits and low stream flows that we're seeing in the fall prior are having such a massive impact on the current year's streams.

SAKAS: Climate change is disrupting the system in a number of ways. Unusually dry soils absorb a lot of the water that melts from the snowpack, which means that water isn't making it to rivers.

DOMONKOS: Even if we had a good snowpack year that was above normal, it may not really boost us out of that shorter-term drought. And that's where I think some of our concerns for us, as professionals. The deeper we get, we wonder if we're able to get out of it.

SAKAS: Overall, the trend shows less snowpack accumulation due to warmer temperatures. What does collect melts sooner and faster, which means less snow on the ground and a greater chance for wildfires. Becky Bolinger is the assistant Colorado state climatologist. She says unusually dry soil means...

BECKY BOLINGER: We are starting with a deficit that needs to be made up. You realize in order to have a normal runoff season and get what you need into the reservoirs, you need above average snowpack.

SAKAS: Two big reservoirs of concern are Lake Powell and Lake Mead in Arizona and Nevada. The forecasted inflows for Lake Powell from the Colorado River is around a third of average.

BOLINGER: This wouldn't be a concern if Lake Powell and Lake Mead had more water in them. But they are already at critically low levels.

SAKAS: It's likely the federal government will declare a formal water shortage in the coming months in the Colorado River basin, which means mandatory water cutbacks in some states.

For parts of Colorado, snowpack is the reservoir. Sonja Chavez is the manager of the Upper Gunnison River Water Conservancy District. The area has around half of its normal snowpack. And life is hard for ranchers. Chavez says three years of back-to-back drought means there's less hay.

SONJA CHAVEZ: This year, we're starting to see our producers reduce their number of their cattle herd. And that has trickling economic effects throughout our basin.

SAKAS: Chavez says water managers are planning for worst-case scenarios. She says more people have moved to the Gunnison area because of a boom in remote work with the COVID-19 pandemic. Some of the well water rights on those homes are newer.

CHAVEZ: For some of those junior water right holders, they just may not get their water at all, which is a concern.

SAKAS: The last time the drought was this bad was in 2002. Chavez says with the poor snowpack numbers, water managers think this year could be worse. For NPR News, I'm Michael Elizabeth Sakas in Denver. 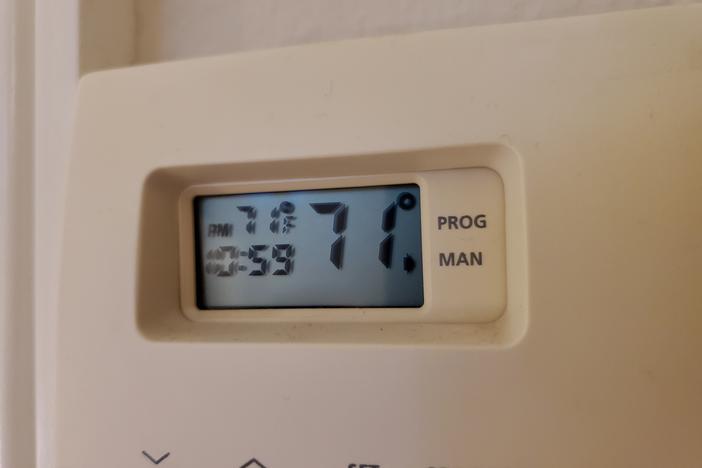 Tackling 'Energy Justice' Requires Better Data. These Researchers Are On It

President Biden's climate plans call for spending big on energy efficiency. New research could help make sure it actually targets the poor and minority households that most need it. 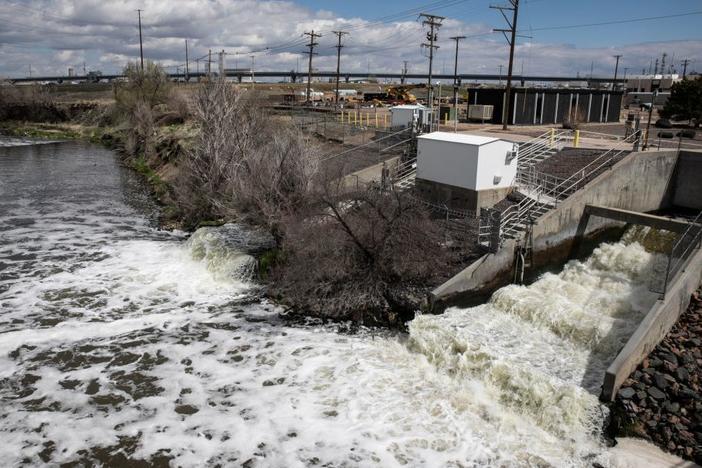 How Your Hot Showers And Toilet Flushes Can Help the Climate

Evolving technology is making it possible to turn sewage wastewater into energy that can heat and cool large buildings. The largest such project in the U.S. is under construction in Denver. 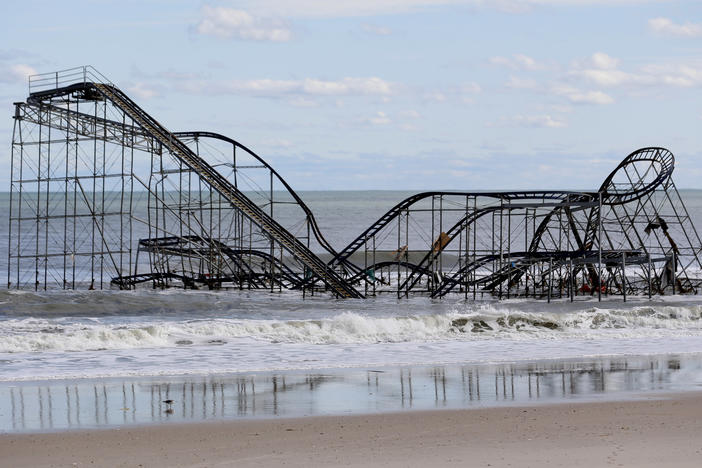 Climate Change's Impact On Hurricane Sandy Has A Price: $8 Billion

Scientists have long thought some of the carnage from the 2012 hurricane might be attributable to a warming climate. New research calculates the additional flooding due to rising sea levels.