While Justin Clarke was scrolling through his TikTok feed last summer, a tufting video came across his screen. He was hooked.

In these TikTok videos, tufters draw with an industrial metal tool, making textured zig zags and bright curves on a blank canvas. Their tufting guns shoot out yarn in shaggy lines of color.

"I need to try that," the 19-year-old multimedia artist remembers thinking. "I'll try any project, even if it fails." So he bought himself a tufting gun.

In a 17-second video to the tune of Kali Uchis' "Telepatía," Clarke brings to life his sketch for a tufted mirror.

"There's a beautiful moment when you're working with it, where you essentially have to be in sync with the speed of the gun and the yarn has to be in sync and everything has to work at this one minute or one second for the stitch to work," Andersen says. Her work can be seen on her personal website, Instagram, and of course, TikTok.

Andersen grew up around the carpeting business in her hometown of Dalton, Ga. Punch needle work helped establish Dalton's defining industry in the early 20th century, and the first tufting machine was invented there in the 1930s. The city now proudly calls itself the carpet capital of the world. Dalton still produces the majority of rugs in America. Andersen explored other media forms before realizing the creative potential of industrial tufting tools. She relied on industrial carpet makers' videos and manuals while teaching herself how to make art with a tufting gun.

"It's been around. It's not a new tool," says Andersen, in reference to her shiny electric gun. "It was just used in more of a manufacturing process, not in art and craft."

Mass-produced carpeting is designed to blend in, all neutral colors, straight lines and sensible patterns underfoot and under furniture. Rugs can seem about as creative as a plastered wall. But rug-making as a form of self-expression is not new. Fragments of centuries-old ornate rugs can be found in museums all over the world, with different cultures cultivating their own unique methods and patterns over time. The fiber art movement that flourished in the 1960s solidified the medium as refined enough for the white halls of fine art galleries.

Today, the technology that made factory-tufted rugs so widespread and standardized now aids independent artists. Tufting connects those artists to an older tradition of personal, tactile rug-making while embracing the mechanical efficiency of the gun.

"It's just like a paintbrush; you use it in the same way that you would any other tool," says Andersen. "It's not like knitting, where you can go and just buy a book on knitting and then you learn the stitches. It's still a little bit renegade at this point."

Most major craft companies still don't carry tufting guns. But tufting's growing popularity is reflected in data from websites such as Tuftinggun.com, which says sales increased by 648% in November and December of 2020 compared to the same period in 2019, before the pandemic. Tufters make rugs that look like Pokémon characters, candy wrappers and abstract art. For some people, they may be the equivalent of fluffy posters in the bedroom. For Justin Clarke, whose videos can be found on his TikTok account @rugguyjustin, tufting is a powerful form of portraiture.

"It dealt a lot with my own self-image of my body and facial features — Afrocentric facial features — that before, I didn't see as appealing," Clarke says. "But after I grew up and I started finding them more beautiful, I wanted to incorporate them in my art." Clarke thought that tufting would be the best medium to examine the body with because "when you don't find beauty in yourself and you don't have self value, people can walk all over you, you know ... like a rug."

Tufting is a solitary and deeply personal process. But with online spaces, tufters can foster community, share techniques, and show how art should be everywhere — on your walls, on your TikTok feed, and on your floor. 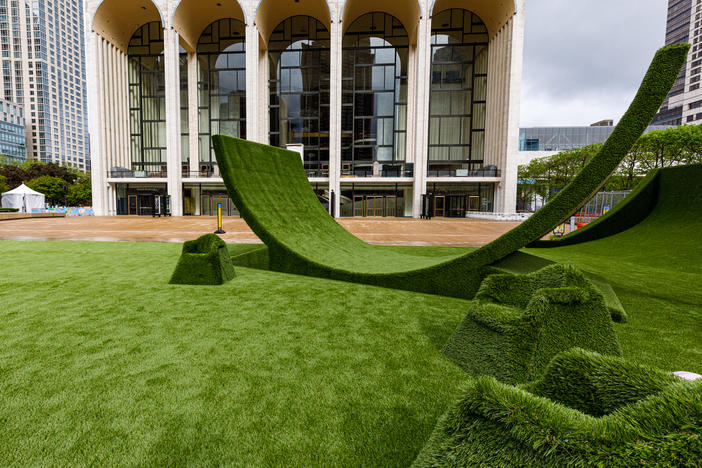 In New York City, A Juneteenth Event Examines The Meaning Of Freedom

Lincoln Center observes Juneteenth, now a federal holiday, with "I Dream a Dream That Dreams Back at Me," an ambulatory experience conceived by Carl Hancock Rux. 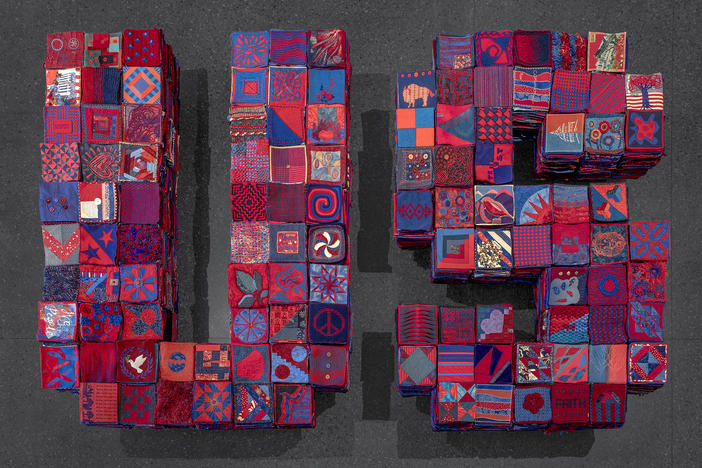 An Artist Leads A 'Violet Protest' Against Polarization

Ann Morton is pushing back against political polarization by asking Americans to contribute textiles that are equal parts red and blue. 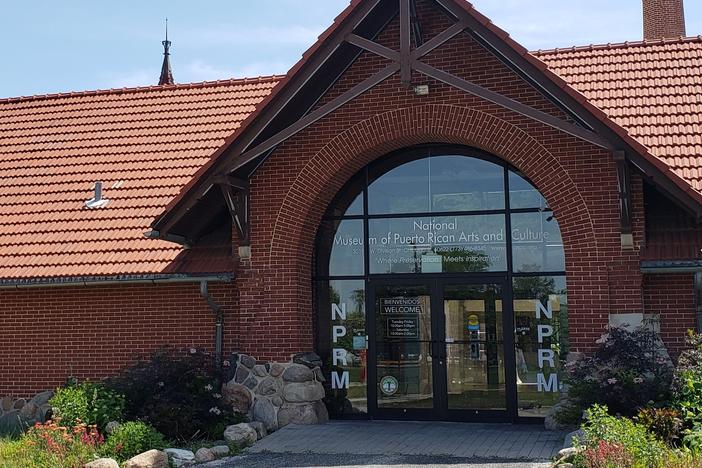 The report from the American Alliance of Museums sheds light on losses suffered during the pandemic; three-quarters of the country's museums reported an average of 40% slump in operating income.