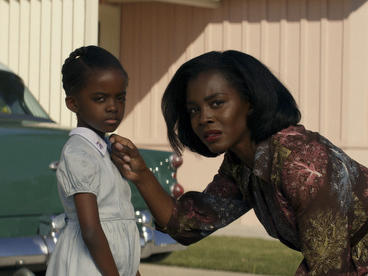 Lately, everyone's talking about trauma. Trauma in news form, trauma in essay form, trauma in Twitter thread form. In pop culture, creators are mining the depths of trauma both personal and historical in a variety of ways — documenting the testimonials of real-life victims in shocking detail; weaving harrowing experiences into fictional characters' narratives. In those fictional characterizations sometimes, the trauma is merely a plot point; at other times, it is the point, or rather, the wrestling with and processing of it is.

The new Amazon series Them, created by Little Marvin (Lena Waithe is one of the executive producers), has been billed as an anthology that "explores terror in America." Terror, trauma ... is there much difference between the two? Certainly not in this case, as the first season centers the Emorys, a Black family moving from rural North Carolina to the suburbs of East Compton, Calif., in 1953, back when East Compton was virtually all white.

Even if you hadn't already seen the much-discussed trailer, it would be easy enough to guess what said terror might entail based on that short description alone: Good ol', mid-20th century American racism. (With a brief detour to the 19th century in a later episode.)

Of course, the Emorys' new neighbors in this cookie-cutter Pleasantville are the opposite of welcoming. Betty (Alison Pill) — a dissatisfied housewife who absolutely would have been front and center of the angry white mob that harassed the Little Rock Nine outside Central High School in Arkansas — leads the charge, rounding up the rest of the community to coordinate targeted attacks on the new family. Adding to these immediate threats is the fact that the Emorys — Lucky (Deborah Ayorinde), Henry (Ashley Thomas) and their daughters Ruby Lee (Shahadi Wright Joseph) and Gracie Jean (Melody Hurd) — are already entering into this new environment carrying their own set of deeply unsettling emotional baggage. Because of course; they are Black in America.

Them features an impressive array of filmmaking talent across 10 episodes, including Janicza Bravo (who's directed, among other things, the excellent "Juneteenth" episode of Atlanta) and notable horror director Ti West (The Innkeepers). The performances are invigorating, particularly Ayorinde and Thomas, who are tasked with excavating the pain that comes from wounds both generational and directly personal.

But baked into this production is the pesky, exhausting problem of "doing too much." This is evident in the glut of needle-drops, many of them anachronistic, which clutter the storytelling and club the viewer over the head with their obviousness. When Lucky responds to one of Betty's racist tirades by smacking her clear across the face (right after she politely asks little Gracie to hold her purse), James Brown's electrifying "The Payback" kicks in for a hot second; yet the punctuation feels less like a triumphant nod to Foxy Brown than it does a crass, intentional play for Black Twitter meme status. There are so many stylish music cues like this that early on it begins to seem as if the writers have relied on the likes of Judy Garland, Nat King Cole, and Isaac Hayes to do all of the heavy lifting to cover up the thin story.

Them is also drowning in terror and trauma, and little else. And that trauma and terror are so horrific, several episodes begin with content warnings of graphic violence. I'm not one who believes every piece of art depicting awful events needs such disclosure, but in this case, the producers made the correct choice; there are scenes involving Black pain and suffering so mortifying, I can imagine many viewers not being able to finish watching it.

The attention to the details of this suffering is chilling not necessarily because of what is depicted — there's a time and place for such explicitness in the right creative hands — but because it's depicted in service of a cynical mode of storytelling. Each of the Emorys are haunted by a demon corresponding to their individual life experiences, and through these spirits, one can see the makings of a potentially more interesting character study than what we're given — a story using supernatural elements to tap into trauma within Black families with the richness and sharpness of a movie like Kasi Lemmons' Eve's Bayou or, more recently, His House, the captivating haunted house tale about a South Sudanese refugee couple living in the U.K.

Instead it borrows from the playbook of last year's unwieldly and exploitative Antebellum, and shows like Westworld and Lovecraft Country, which favor slick convolution over coherent narrative choices. There are So! Many! Ideas! And! Tones! being mashed up here, and to little effect. At one point the show diverts to a baffling hostage-in-a-bunker plotline for reasons that remain unclear.

When the full trailer for Them dropped last month, the Twitter timeline was alit with commentary about how the show's themes and aesthetic seemed to be biting from Jordan Peele. Superficial similarities aside — the titles Us vs. Them; the casting of Shahadi Wright Joseph in both projects — such conclusions gloss over a few realities, such as the fact that Peele himself has always been vocal about the many films that inspired his own work. They also seem to misunderstand, or ignore, how genres fundamentally build upon and play with familiar elements and tropes. There's as much standard horror stuff of the Stephen King variety in Them as there is Peele's influence.

The problem, then, has less to do with parallels to Get Out than the show's inability to establish a reason to exist beyond the thesis of "Racism is terrorism, and it's everywhere; in our entertainment, schools, workspaces, churches, homes." It's a fair starting point for telling a story (or teaching basic history), but it can't be the only point. By all means, wrestle with the real-life terrors that can come with Black homeownership, Black parenting, white women's complicity in upholding racist infrastructure, and so on. But also bring more to the narrative in the way of inventive scares, characterization, or even, where appropriate, some levity.

Them suffers from the same predicament that has arisen in the wake of Black people becoming hashtags in death — the public knows far more about their last moments on Earth than all the moments that made up their life before. Viewers who make it through all 10 episodes will know plenty about how the Emorys have suffered and been traumatized, but they won't come away with much else.

Them debuts on Amazon Prime on Friday, April 9. 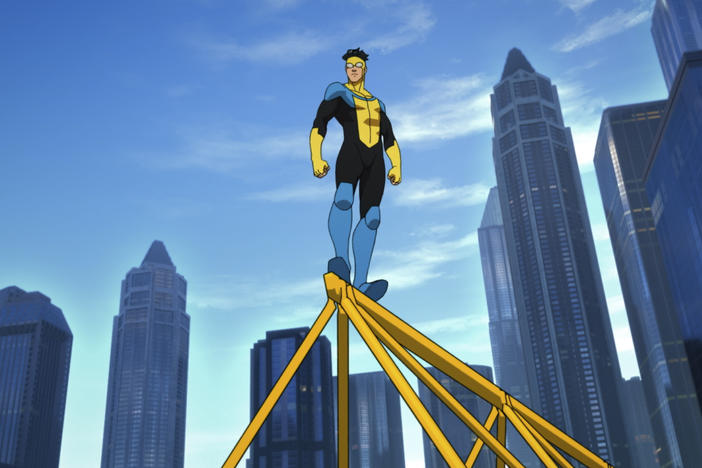 'Invincible' Is Packed With Pulpy, Visceral Thrills — And Lots Of Pulpy Viscera

A stellar voice cast helps ground this fantastical tale of a fledgling superhero's first forays into a job where the stakes — and the violence — are all too real. 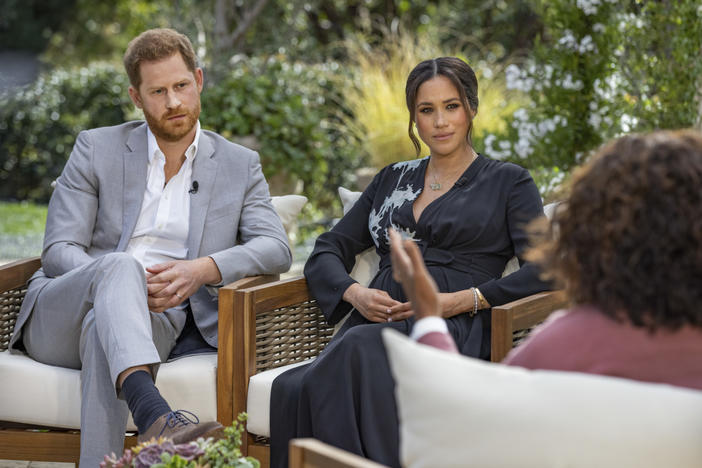 Harry And Meghan: Where Things Stand And 10 Takeaways From The Big Oprah Interview

Meghan, Duchess of Sussex, and Prince Harry talked to Oprah Winfrey about darkest moments, family conflicts, the persistence of racism and the symbiosis between the royal family and the tabloid press. 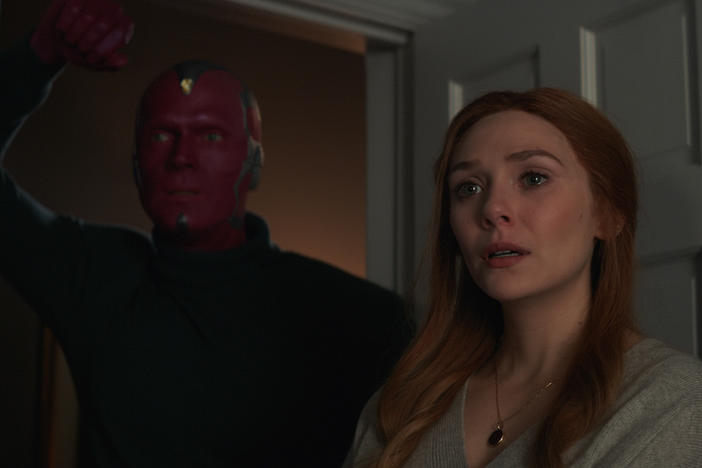 'WandaVision' Wraps A Season That Was Never What It Seemed

The finale of WandaVision wrapped up a moving story of loss and grief. And, less importantly, there was a bunch of action.