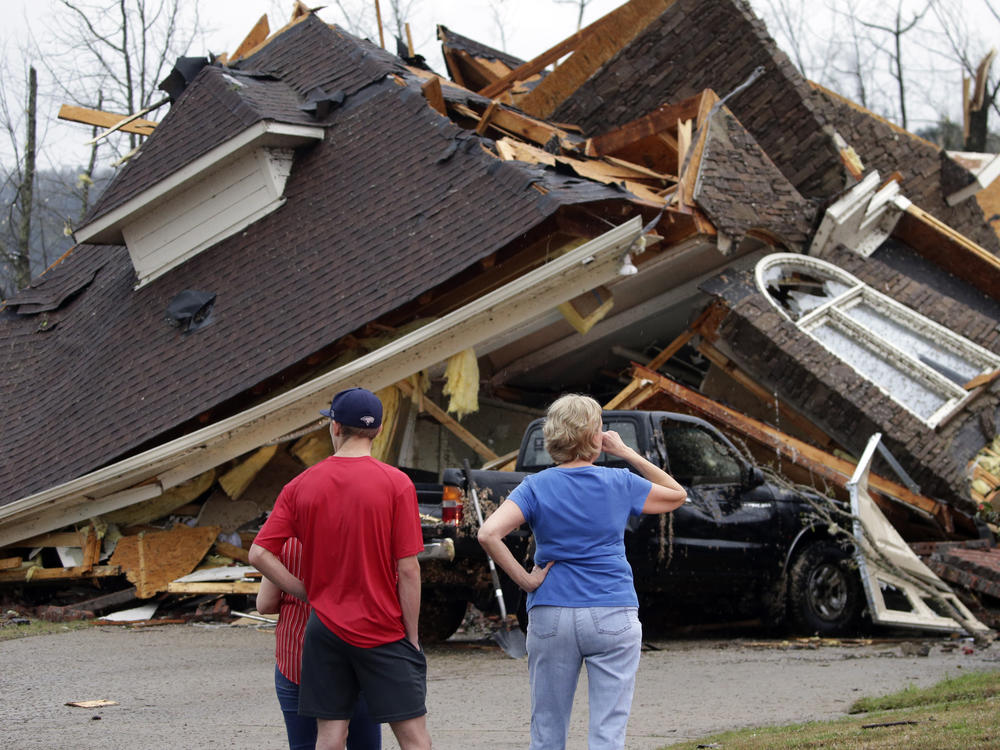 Caption
Residents survey damage to homes after a tornado touched down south of Birmingham, Ala., in the Eagle Point community damaging multiple homes on Thursday.

Deadly tornadoes that ripped through Alabama throughout Thursday remain a significant threat to other Southern states as the sun rises on Friday.

At least five deaths and multiple injuries have been reported in Calhoun County, Ala., after a tornado hit the region, county coroner Pat Brown told NPR Thursday.

The tornado was part of a "particularly dangerous" system of storms rolling across the Deep South, just south of Birmingham, Ala.

The storm is a long-track "super cell" and produced multiple tornadoes in multiple counties across central Alabama. It traveled in excess of 100 miles before it hit the state. That system was clear of Alabama by midnight Friday, but continued heading east to Georgia overnight causing damage there as well. 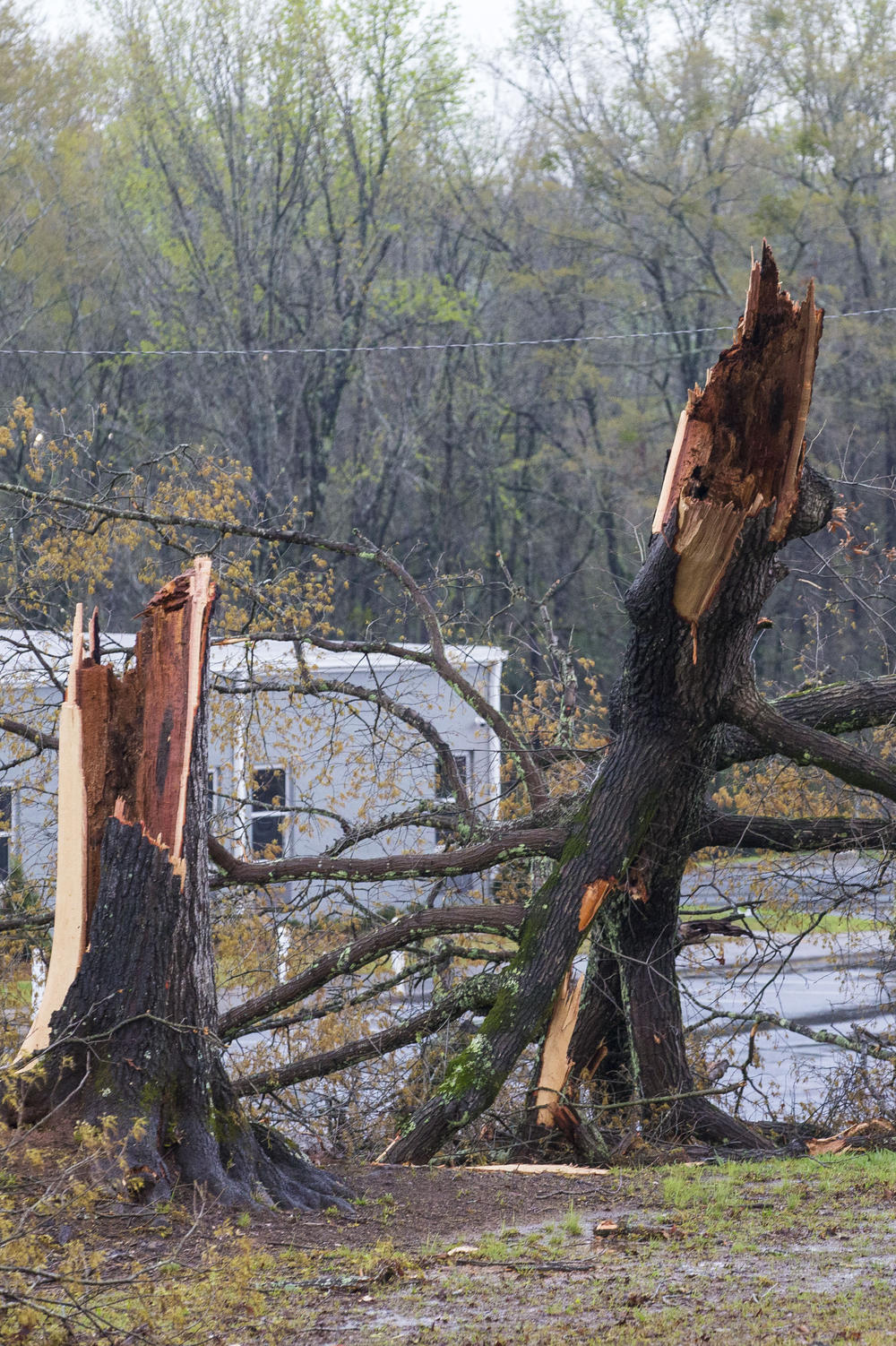 Caption
Trees sit uprooted along SR 31 in Pelham, Ala., after a tornado came though on a day of extended severe weather on Thursday. The National Weather Service issued multiple tornado warnings in Alabama and surrounding states where forecasters said conditions were ripe for "long-track strong tornadoes."

The Georgian city of Newnan, southwest of Atlanta, was hit hard during the early morning hours of Friday, according to local reports. The population of Newnan hovers around 40,000.

Meteorologists said a tornado likely landed in the town at roughly around midnight.

Newnan Utilities worked through the night responding to power outages and reported gas leaks, the company shared on social media.

Following the storm, Newnan Police Department urged residents to remain off the roads due to "a large amount of damage" caused by downed trees and powerlines.

The department wrote, "By you being out driving and sightseeing, it is impeding our efforts to get to people that need help."

Most of the damage were to neighborhoods surrounding the town center, according to a local reporter on the ground. Police blocked off major roads with heavy damage.

There are reports, images and videos showing significant damage in many communities particularly in the Eagle Point neighborhood in a suburb south of Birmingham. Through Thursday afternoon, there were ongoing rescues of people trapped in some of these homes.

Sheriff John Samaniego said in a statement, "Today was a tragic day for Shelby County. In the aftermath of these storms, we have seen the best of Shelby County. Neighbors helping neighbors. Businesses and kind citizens reaching out with donations of food and supplies."

Downed power lines and trees throughout the area left thousands without electricity after strong winds howled through the region.

By 1 a.m. Thursday, more than 26,000 homes were reported without power in Alabama, according to PowerOutage.Us. Georgia listed more than 19,000 without power by the same time.

Gov. Kay Ivey issued an emergency declaration as meteorologists warned that more twisters were likely on their way.

"I urge all Alabamians to closely monitor the weather system as it continues to impact portions of [Alabama], especially if you are in the line of the highest risk storms," Ivey wrote on Twitter. 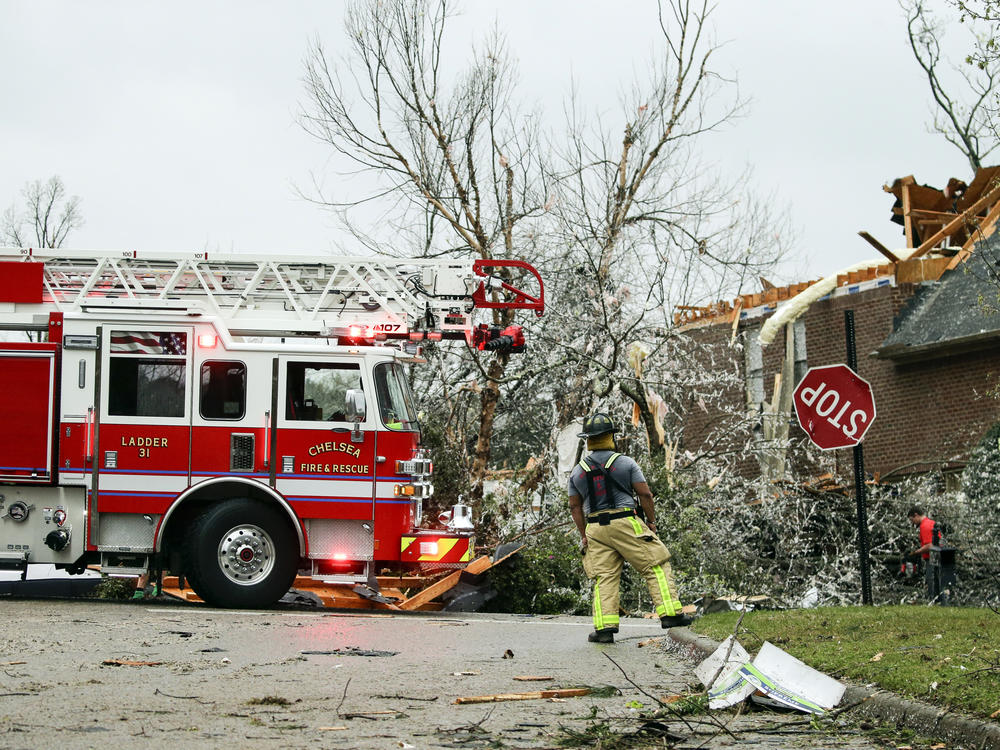 Caption
A firefighter surveys damage after a tornado touches down south of Birmingham, Ala., in the Eagle Point community damaging multiple homes.

Forecasters began warning about a significant weather event on Wednesday, and the potential outbreak was given the National Weather Service's rare top warning of "high risk."

Hastings, the director of Alabama's Management Agency said, "In Alabama, it's a matter of luck. But also luck favors the prepared."

Tornado sirens began been going off early Thursday morning and TV meteorologists have been on-air non-stop for hours. This was the second time in eight days that these same areas were threatened. Last week, there were more than 50 tornadoes reported in Alabama and Mississippi. 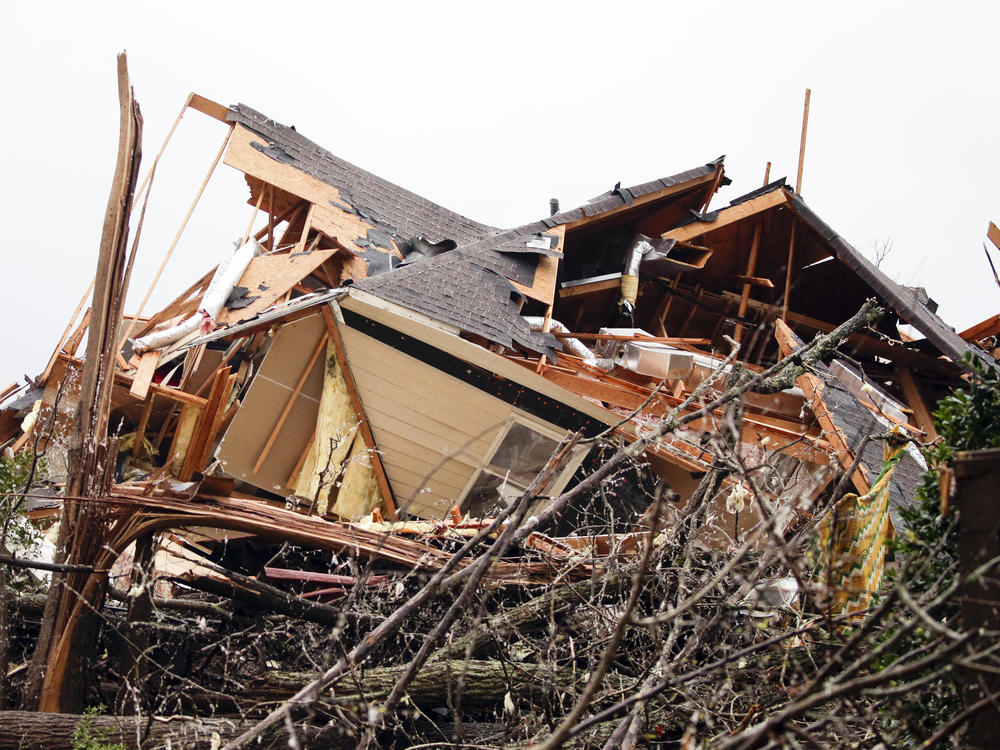 Caption
A house is totally destroyed after a tornado touches down south of Birmingham, Ala., in the Eagle Point community damaging multiple homes. The governor issued an emergency declaration as meteorologists warned that more twisters were likely on their way.
Tags: Alabama tornadoes  Alabama 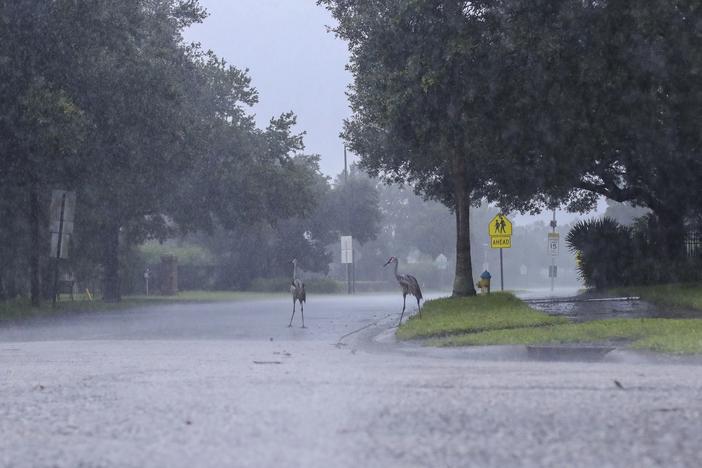 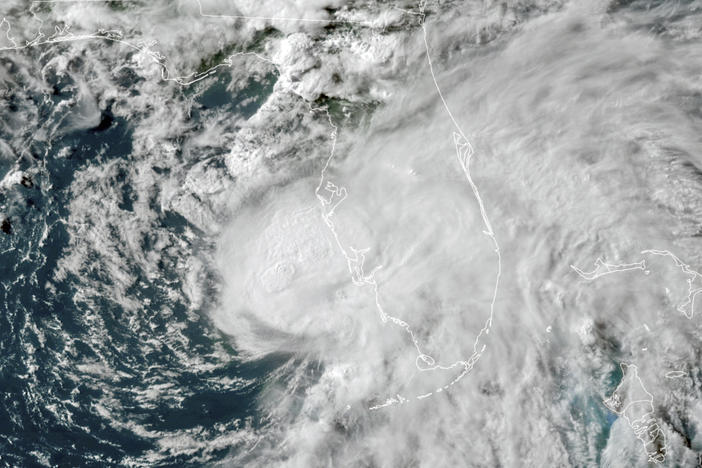 Tropical Storm Elsa Is Blamed For One Death In Florida. It's Now Heading North

Tropical Storm Elsa tore through Jacksonville, Fla., and southeast Georgia on Wednesday, leaving one person dead in its wake. 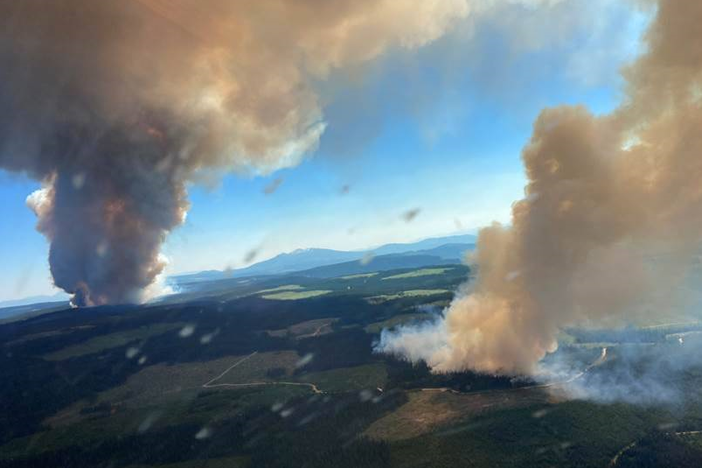 The town of Lytton, British Columbia, caught fire and was completely evacuated Wednesday, just one day after setting a new all-time Canadian heat record with a high of 121 degrees Fahrenheit.