'Invincible' Is Packed With Pulpy, Visceral Thrills — And Lots Of Pulpy Viscera 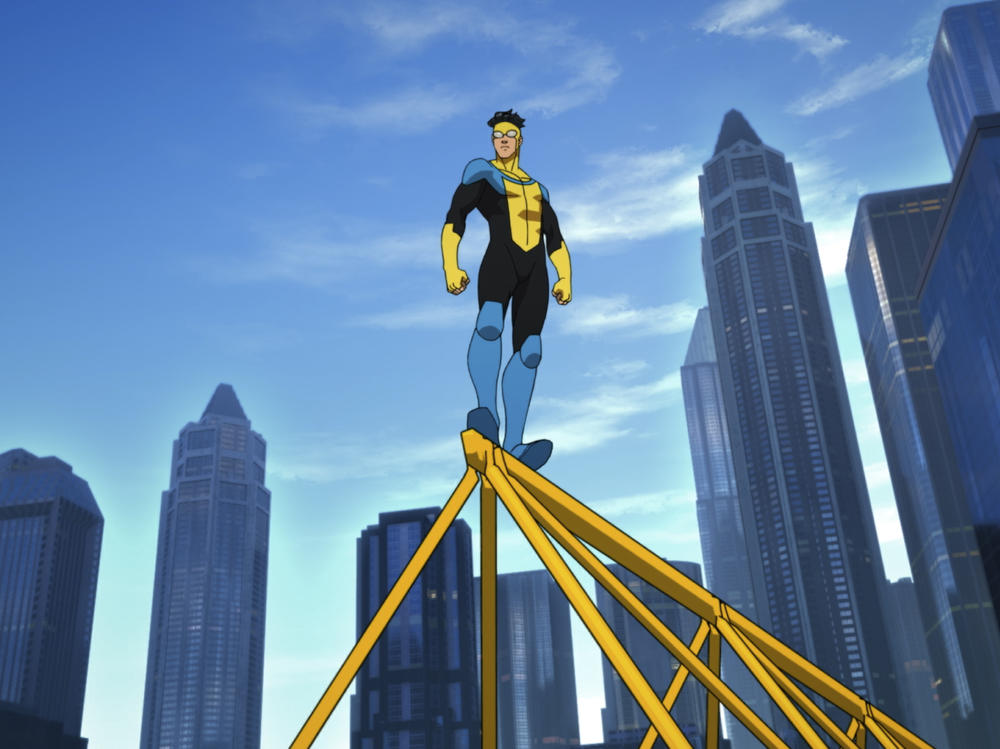 Young Mark Grayson (voiced by Steven Yeun) follows in his father's footsteps and adopts the heroic identity of Invincible in the Amazon Prime animated series.

When it debuted in 2003, you'd be forgiven for assuming the superhero comic series Invincible was yet another in a slew of playful but similar riffs on the superhero genre that filled comic store shelves at the time, peopled as it was with analogues of various well-established characters. There was a team of heroes called the Guardians of the Globe who looked, if you squinted, an awful lot like the Justice League. There was an all-powerful hero from another planet called Omni-Man who read as a straight-up Superman stand-in (though he'd swapped out Kal-El's signature spit-curl for a bushy mustache). And there was a group of super-powered, perpetually squabbling adolescent heroes clearly modeled on the Teen Titans.

The look of the series, provided in turns by artists Cory Walker and Ryan Ottley, was classic superhero — clean lines, bright colors, and friendly, inviting, and in some cases downright cartoony character designs. It set out to tell the tale of young Mark, the half-human son of Omni-Man, who was waiting for his powers to kick in so he could follow in his father's superboot-steps. Mark was only the latest in a long line of fledgling superheroes in the Peter Parker mode: a nerd unsure of himself, his powers and his social status — which is to say: it all felt familiar, old school, nostalgic.

But it soon became clear that there was more going on in the pages of the comic than playful, whimsical pastiche. The writer was Robert Kirkman, who would go on to show, in the pages of The Walking Dead, a gift for getting the reader to care about his characters, only to dispatch them in horrific, gore-flecked ways. Again and again, he ripped your heart out by having characters get their hearts ripped out, or their brains smashed in, or their limbs gnawed off, or all of the above, simultaneously. He didn't hold back.

In The Walking Dead, a zombie comic featuring grimy, gritty black-and-white art by Tony Moore, Charlie Adlard and others, all that gruesome blood and guts seemed simply part of the book's grim visual landscape. The presence of grisly, graphic violence in such an otherwise hopeful, breezy and frequently funny superhero comic, however, was striking, and unusual.

That was back in 2003. For the next 15 years, Kirkman and his artists built a vast superheroic universe around Invincible, his friends and his family. The series was dense with plot twists, sudden reveals and teenage, soap-operatic emotion, but it never shied from depicting the violent, real-world ramifications of superhero physics. The resulting perpetual tonal whiplash couldn't help but cause the quality of the series to vacillate wildly, as Invincible's youthful delight in discovering his powers gave way to his struggling with the weight of responsibility on his shoulders.

The new Amazon animated series based on the comic tells much the same story the comic set out to tell back in 2003. But the intervening years have seen countless superhero stories clamoring for our attention, across all media; the landscape has changed. Consider: At its core, Invincible's basic narrative formula — (superpowers + grisly violence) — has been gleefully adopted by The Boys, a live-action show on the very same streaming service, which was also based on a comic book.

The good news: Invincible is more than its formula, and its approach is vastly different. Where The Boys comes from a place of smirking, sadistic, let's-see-what-we-can-get-away-with adolescent nihilism, Invincible seems sincerely committed to building emotional connections between its characters. It is greatly aided in this endeavor by an outstanding cast of voice actors who find the humor and pathos amid the over-the-top action, led by Steven Yeun as Mark, Sandra Oh as Mark's mother Debbie, and J.K. Simmons as his father, Omni-Man.

Some of the series' devices now seem less fresh than they did in 2003 (a bit about using a special tailor to devise super-outfits, for example, has since become well-trodden ground), but the show combats this by devoting serious screen time to building out the dynamics between its characters in ways big and small.

The comic's grisly violence is made all the more stark and shocking when animated, as it is here. But it's not depicted with the cynical, repellent glee it is on shows like The Boys, Preacher and Utopia -- oh, it's harrowing, yes, but it's not played for laughs, which turns out to be hugely important. But if the gobbets of animated flesh flying around on an animated show like Harley Quinn turns you off, know that Invincible ratchets it up even higher.

Amazon made only the first three episodes, which drop together on Friday, March 26th, available to press. The other five episodes of this (first?) season will be parceled out over the next five weeks. There's every chance that the series will trade the emotional heart it displays in these first episodes for more literal ones, strewn across the floor and smeared across the walls; it's attempting to thread a very difficult tonal needle, after all. But the voice cast is certainly up for it, and there's 144 hugely imaginative issues (plus spin-offs) of the original comic for the writers to pull from. I'll be watching, even if, every so often, through my fingers. 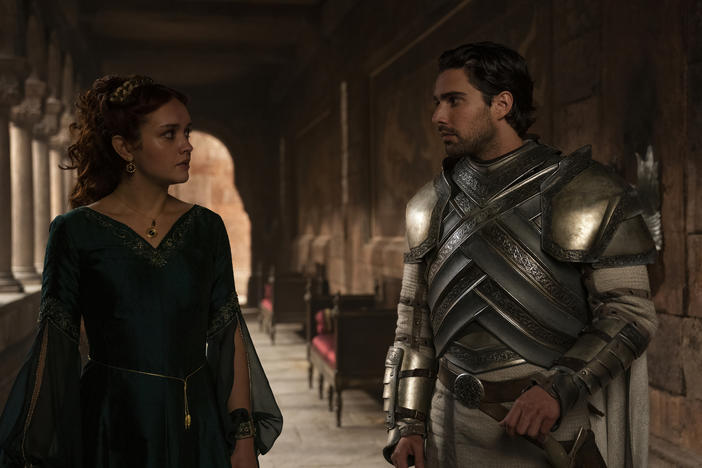 'House of the Dragon' episode 6: From here to paternity

On HBO's Game of Thrones spin-off, questions around several characters' lineage turn the show into one long episode of medieval Maury. 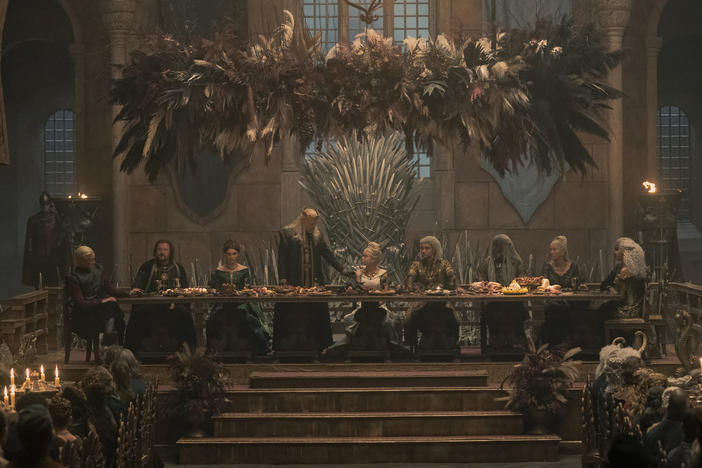 'House of the Dragon' episode 5: The perfect match ... to burn it all down

Episode 5 of HBO's 'Game of Thrones' spin off gets its ducks — and its geese — in a row. A royal celebration goes off with a great big bloody hitch. 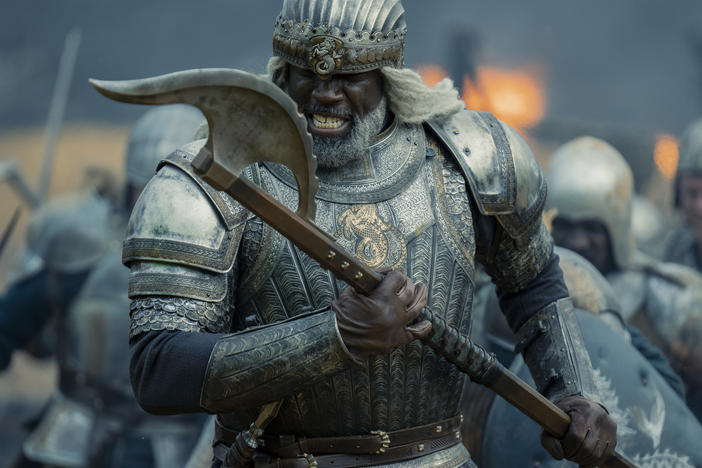 'House of the Dragon' episode 3: The king — and the show — go hunting for validation

In the third episode of HBO's Game of Thrones prequel, Rhaenyra is bored, has to fend off a Lord, then nearly gets gored; meanwhile, a minor threat gets put to the sword.