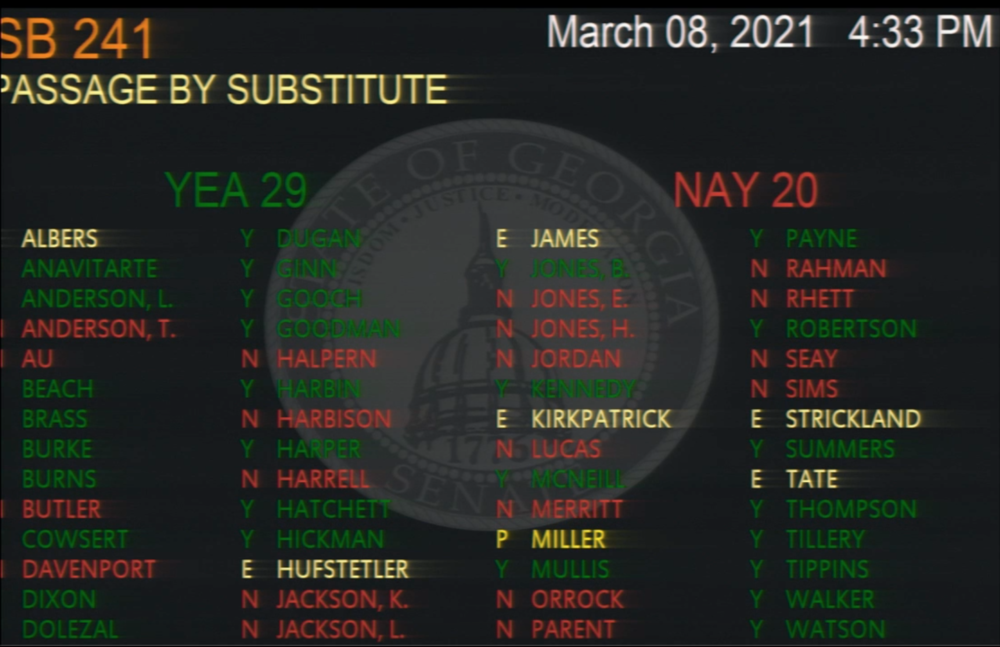 The Georgia State Senate passed an omnibus voting bill that would get rid of no-excuse absentee voting 29-20.

Lt. Gov. Geoff Duncan, who is opposed to removing no-excuse absentee and other extreme measures proposed by fellow Republicans in his chamber, did not preside over debate and the vote.

Three vulnerable Republican senators from swing districts, John Albers (R-Roswell), Kay Kirkpatrick (R-Marietta) and Brian Strickland (R-McDonough) were the only ones who did not cosponsor the bill and opted to be excused from the vote. Sen. Chuck Hufstetler (R-Rome) was excused from the vote as well.

In the 56-member Senate, 29 votes is the minimum needed for a bill to pass.

SB 241 would make a sweeping number of changes to Georgia's election code, most notably cracking down on who is eligible to vote by mail. Instead of allowing anyone to request and vote an absentee ballot, the bill would limit it to those over 65, are physically disabled, required to be outside of their voting precinct during the three-week in person early voting period and election day, have a religious holiday fall on election day, works in elections or is a military or overseas absentee voter.

Majority Leader Mike Dugan (R-Carrollton) sponsored the bill and misleadingly said his proposal would not limit mail-in voting options for Georgians — estimating that more than 2.7 million of 7.7 million registered Georgians would still be eligible to vote that way.

“This is not preventing anyone from voting by mail-in absentee," he said. "All this is doing is laying the groundwork for relieving the stresses as we continue to see moving forward."

Some Republicans, including Secretary of State Brad Raffensperger, say they support cutting back on vote by mail to help county elections officials that were overwhelmed in the 2020 cycle by record turnout, an unprecedented number of absentee ballots and in-person voting constraints because of the coronavirus pandemic.

Sen. Jen Jordan (D-Atlanta) has emerged as one of the fiercest critics of Republican-backed voting changes, speaking out on the floor against the lack of transparency involved in the 32-page measure, including discrepancies in the bill that Republicans said would be fixed down the road.

Sen. Sheikh Rahman (D-Lawrenceville) said Republicans should focus less on laws restricting voting and more on talking to voters about their policies.

Meanwhile, the House passed its own 66-page omnibus that would add additional ID requirements for absentee ballots, strip some power from the secretary of state's office and standardize early voting hours, making most counties add additional days and hours but limit larger, more diverse Democratic-leaning counties.

About a dozen elections-related bills are still slated to be discussed in the Senate during Crossover Day on Monday, including a proposal that would end Georgia's automatic voter registration provision responsible for capturing more than two-thirds of Georgia's 7.7 million registered voters. 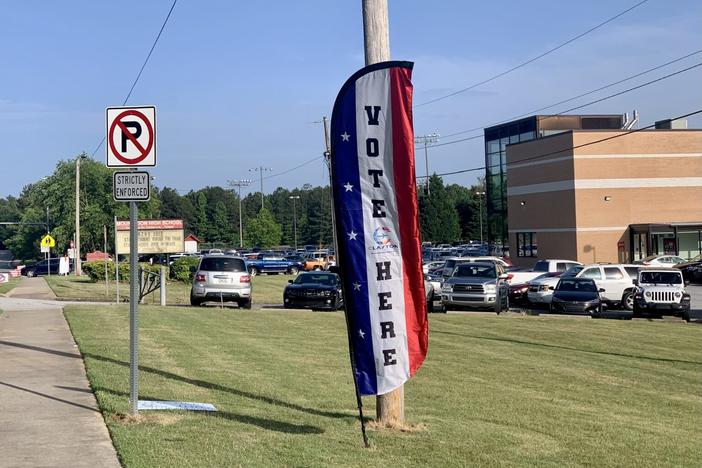