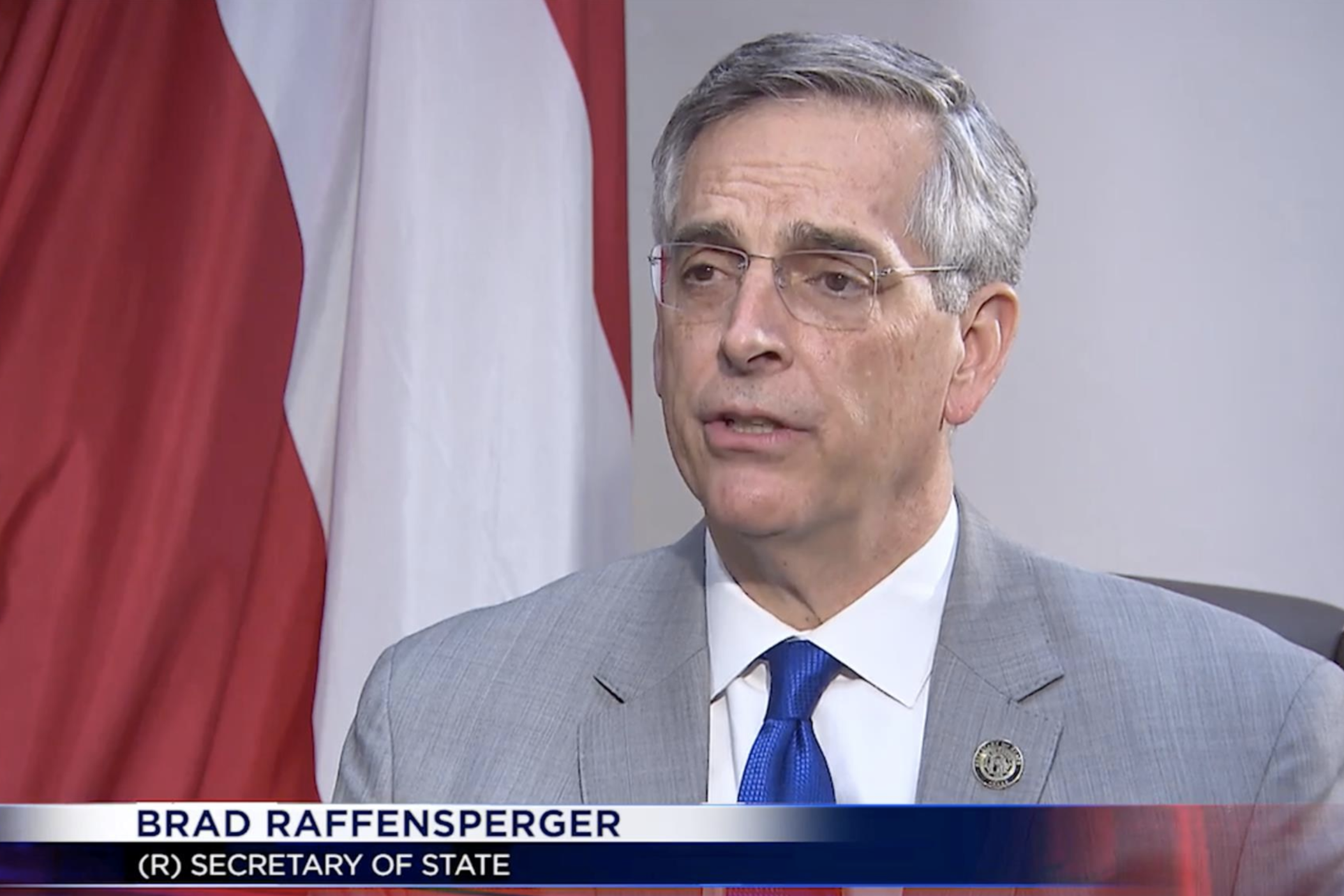 As Republican lawmakers in Georgia have proposed a barrage of changes to voting laws that some critics have called "Jim Crow with a suit and tie," Republican Secretary of State Brad Raffensperger has stayed largely on the sidelines regarding what should change.

In an exclusive interview with GPB News, the state's chief election official said he supports ending no-excuse absentee voting but acknowledges it's not likely to pass. He also calls for an ID requirement to absentee ballot application but rejects calls to eliminate automatic voter registration.

WATCH: THE FULL INTERVIEW ON THE LAWMAKERS SHOW

About 80 bills and resolutions in the legislature deal with voting and elections, but only a handful have gained traction and attention for their proposed changes. A 66-page omnibus passed the House this week that would remove the secretary of state as chair of the State Election Board, narrow the window voters can request an absentee ballot and require a driver's license number, state ID number or copy of acceptable voter ID, among other changes.

Adding photo ID is one of the few things that leaders in the House, Senate and governor's office have agreed on, and Raffensperger said it was a common-sense method to secure the vote.

"A year ago we were being sued by the Democrats; they did not like signature match, they said it was unconstitutional and now the Republicans are saying the same thing," he said. "Well, you guys are both singing off the same song sheet now, so maybe now we need a verifiable photo ID component with the absentee ballot process."

A record 1.3 million Georgians voted by mail in the November general election, a dramatic increase that overwhelmed local election offices and led to some lawmakers to falsely claim fraud with the process previously used primarily by older Republicans.

Raffensperger said he doesn't believe future elections will see as many people vote by mail ("people like to vote in person") and says the 2020 election cycle amidst a pandemic doesn't necessarily need to be the yardstick to measure against when making changes.

"We need to make sure that the General Assembly doesn't react to the past election, and they really look at 'How can I secure and give people confidence in the accuracy of the results,'" he said.

Many Republicans don't trust Georgia's voting laws and systems, despite those rules being crafted by Republicans and, until recently, used more in Republican victories that have controlled the state.

So how does Raffensperger separate legislation that makes elections better from those that have been grounded in misinformation and conspiracy?

Raffensperger said (and many Democratic lawmakers would agree) that county officials need to be included more in the legislative process, especially after managing the pandemic-ridden election process in the last year. That's where his support for limiting who can vote by mail comes into play.

"The counties are really, in effect, running three elections: They're running an absentee ballot program, then they're running 16 days of early voting and then they're also running the Election Day program," he said. "It placed a tremendous burden on the counties. So we really have to look at what could we do."

At various hearings so far, local elections officials have expressed support for provisions that would provide more flexibility with equipment allocation for lower-turnout elections, moving back the absentee ballot request deadline and requiring more training for partisan poll watchers.

But counties both large and small have expressed concern about part of HB 531, which would standardize early voting dates and times, increasing the required days from 16 to 17 but limiting larger counties from offering more options on weekends.

Raffensperger declined to opine one way or the other on the bill, but said that the House sponsor's call for uniformity in voting has its limits when some of Georgia's 159 counties have a few thousand voters while the largest approach a million.

In 2020, Raffensperger bucked conventional wisdom about Republican elections officials and expanded access to the polls during the pandemic, sending millions of active voters absentee applications for the primary, pushing for secure drop boxes to return ballots and encouraging counties to offer more early voting options.

Additionally, Georgia's existing laws around voter access are among the best in the country, according to the tag at the bottom of every press release from the secretary of state's office. Georgia is "recognized as a national leader in elections" as the first state to implement automatic voter registration, no-excuse absentee voting and at least 16 days of early voting.

But all of those measures have been put on the chopping block by the Republican-controlled legislature, and although none appear to be going away soon, it highlights the changing nature of Georgia's political landscape and pitfalls for Raffensperger's re-election campaign.

There are those on the right who say he has not done enough to stop fraud and crack down on illegal voting, though there is no evidence to suggest either has taken place in substantive amounts. On the left, those who applauded his efforts to stand up against former President Trump's calls to overturn the election are now wary of proposals to make voting harder.

Putting on his Republican hat, Raffensperger says his fellow conservatives should focus more on a message of small business growth and the economy as part of a bigger-tent coalition instead of supporting false claims of election fraud.

He suggests lawmakers "be gentle" with supporters and engage them with the truth and facts: Georgia's ballots were counted three times, including once by hand, and the new voting system delivered secure and accurate results that should be trusted by everyone.

In the aftermath of the November election (and Trump's call for him to "find" votes), Raffensperger sent a 10-page letter to Congress debunking some of the most egregious and wild claims about Georgia's election made by Trump, right-wing media and even Georgia lawmakers.

"Unfortunately, some people were brought into committee hearings and no one really asked them the hard questions, made them really support it with facts," he said. "So we put out a fact-based letter. ... we don't have 80 million Twitter followers, so it's tough to really beat that disinformation campaign."

Still, after the largest-ever rollout of new voting equipment in U.S. history, a public health emergency, hotly contested elections and facing dozens of bills that would overhaul elections (and curb some of his powers), Raffensperger said he is confident that his actions have shown both Democrats and Republicans that elections are honest and fair in Georgia.

"I think our legacy would be that we've secured the vote with a verifiable paper ballot and we'll have photo ID for absentee ballot balloting going forward," he said. "And people need to understand that if they're looking for a good referee that's going to call balls and strikes and not play games with their vote, then I'll be your candidate in 2022." 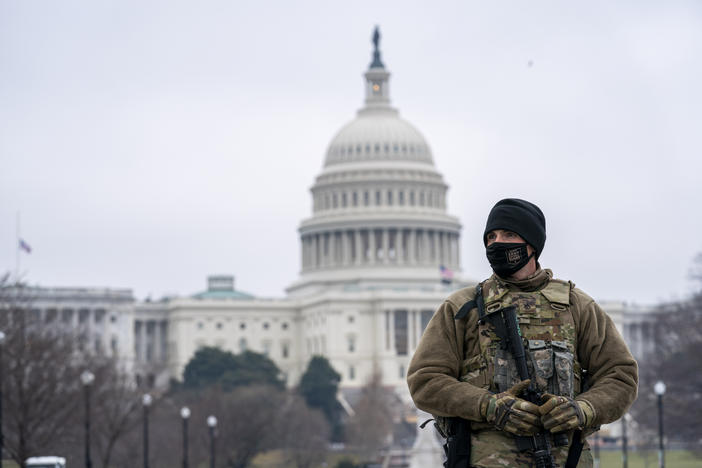