Scientists Talked To People In Their Dreams. They Answered

Scientists have found that two-way communication is possible with someone who is asleep and dreaming. Specifically, lucid dreaming — dreaming while being aware you're dreaming.

Two-way communication is possible while dreaming. A new study indicates people are able to answer math questions, yes or no questions, like BJ Leiderman wrote our theme music, all while in a state of lucid dreaming. Karen Konkoly is a Ph.D. student at Northwestern University and one of the researchers working on the project. Thanks so much for being with us.

KAREN KONKOLY: Yeah, thanks so much for having me.

SIMON: This study, published in the journal Current Biology, dealt with people who were lucid dreaming. Lucid dreaming is?

KONKOLY: It's when you're inside a dream and you realize that you're dreaming without immediately waking up. So sometimes you can go and control the dream as well.

SIMON: Well, tell us about the experiment. First, you had to train people how to lucid dream, I gather.

KONKOLY: Right. So even if you have an experienced lucid dreamer, they might only lucid dream once a month. We needed them to lucid dream in the next two hours. So before people go to sleep, for 20 minutes, we associate this lucid mindset, this critically aware, kind of mindful state while they're awake with a cue. And the cue that we used was just a beeping noise. It was just boop, boop, boop. And then we present the cue again once they start dreaming when they're asleep. And in an initial study, half of people had a lucid dream after we presented the cue during REM sleep.

SIMON: So you have discovered you're able to communicate with people while they're dreaming?

KONKOLY: Yeah. So since the '80s, we've known that lucid dreamers can communicate out of dreams by using these signals, these preserved capabilities that you have in REM even though most of your body is completely paralyzed.

KONKOLY: Yes, exactly. So in rapid eye movement sleep, unlike when you're sleeptalking, for instance, every muscle in your body is completely paralyzed, except you can twitch and you can move your eyes. So if you become lucid in a dream and you want to communicate, then when people are dreaming, they just look left, right, left, right really dramatically. And then we know that they're communicating out.

But we were wondering, can we also communicate in? Can we ask people questions that they could actually hear in their dreams so that we could kind of have a more meaningful conversation?

KONKOLY: So there's four teams from four different countries, and three of them - independently, 'cause we didn't know about each other's experiments - all settled on math problems. But the French group also asked a bunch of other questions. They asked, like, do you speak Spanish, or do you like chocolate? And they did a few other different tasks as well - how many times did we tap you on the hand? - to just test out different ways of communicating.

SIMON: I'm going to guess the French team asked questions like, you know, do you know the meaning of life, or what is existentialism to you - some things like that, probably - right?

KONKOLY: (Laughter) They did have an amazing example where one of their participants heard the questions transposed over their dream as though it was God talking to them.

SIMON: A lot of people, as I don't have to tell you, report that they've been having very vivid dreams during this pandemic - I certainly have - and some real nightmares. Is there the key to something in your research?

KONKOLY: Yeah. So one issue is that, sometimes, if somebody's having a nightmare, they might become lucid. They might be, you know, running from a monster or something, know that they're dreaming and not be able to do anything. And so one, you know, probably far-future application could be if you had somebody in a lucid nightmare, could you have some, like, real-time dream therapy with them, you know? Could you have a therapist on the other side of that nightmare saying, like, no. Remember? You're dreaming. Like, you wanted to turn around and, like, you know, confront that monster and deal with the nightmare issue or something like that, so.

SIMON: Wow. Other applications that occur to you if you can crack this?

KONKOLY: Yeah. I think if we can get more reliable communication - 'cause right now, it's still kind of at the very beginning stages. Another one could be, like, people often use lucid dreaming or dreaming for a kind of artistic, creative inspiration. But in that dream state, your resources thus far are only the ones that you have in the dream. And so if you could have somebody on the other side of that saying, like, OK, now focus on this, or how does that relate to this, you could kind of combine those logical advantages of wake with the creative advantages of dreams and maybe have some more applications.

SIMON: You dream about dreams, given your line of work?

KONKOLY: (Laughter) Yeah. A lot of my dreams are about dreams, you know? I get very frustrated when I have a dream about lucid dreaming, but it's not lucid. Like, I'll dream about, you know, all these scientific concepts of lucid dreaming, and then I won't have any idea that I'm dreaming (laughter). Sometimes I do, though, and those are amazing.

SIMON: Karen Konkoly is first author of the paper "Real-Time Dialogue Between Experimenters And Dreamers During Rapid Eye Movement Sleep." Thank you so much, and pleasant dreams. 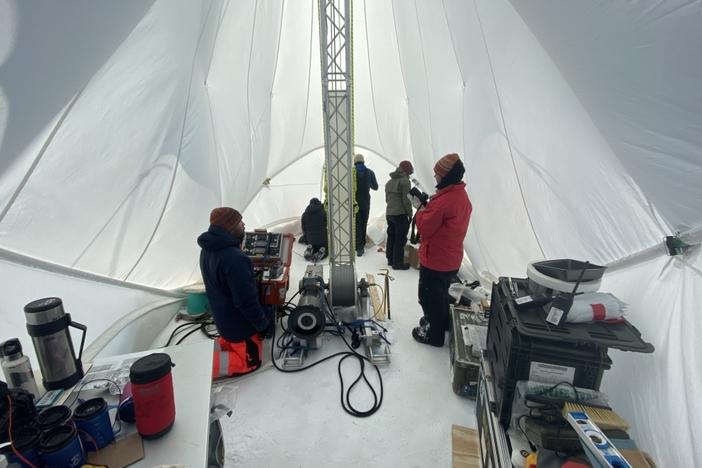 Scientists Have Found Some Truly Ancient Ice, But Now They Want Ice That's Even Older

Ice is usually ephemeral; it doesn't last that long before melting. But some ice on our planet has stayed frozen for millions of years, according to scientists on a quest to find the oldest ice. 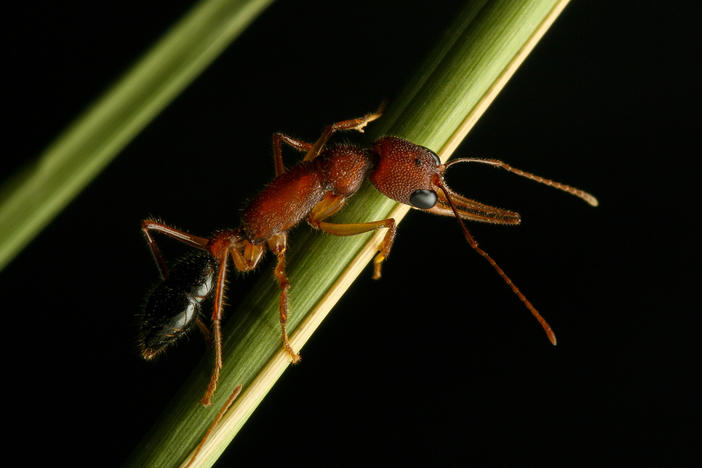 The Incredible Shrinking And Growing Brains Of Indian Jumping Ants

A new study of Indian jumping ants shows they have the ability to shrink and expand their brains — a first for any insect. 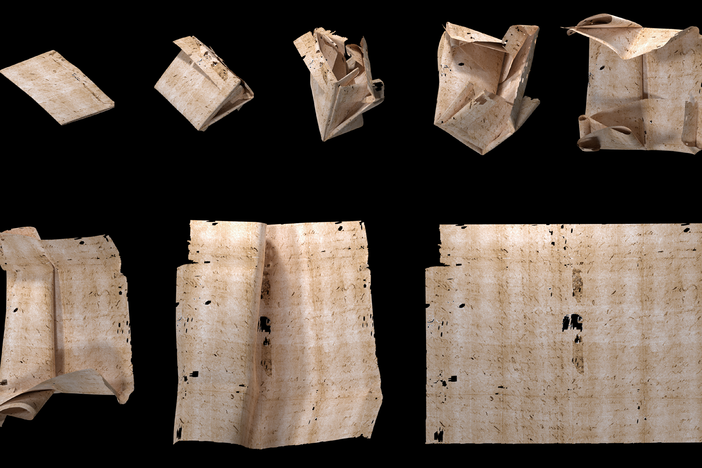 A signed, sealed but not delivered letter from 1697 has finally been read with the help of a high-tech scan that looked inside without breaking its seal.