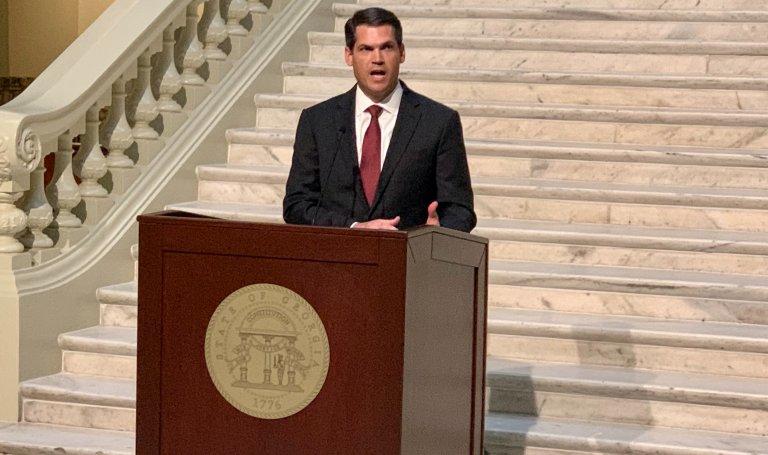 Lt. Gov. Geoff Duncan outlined his 2021 priorities, including photo ID requirements for absentee ballots. Georgia's election laws are expected to be a focal point of the 2021 legislative session.

The Republican-controlled Georgia Senate approved four elections bills Tuesday, the first of many expected in the legislative session following Democratic victories in November and January. The biggest change would see absentee by mail applications verified using a form of ID.

The measures are much less extreme and restrictive than others proposed by some lawmakers that have pushed false claims of election fraud, though Democrats objected to three of them for various reasons.

SB 67 adds an ID requirement to paper requests for absentee ballots, and would require either a driver's license number, state ID number or photocopy of a photo ID that would be needed for in-person voting. An online portal, created by the secretary of state's office last year and codified under this bill, already requires that information for a request. This would also eliminate the controversial signature matching procedure currently in place to verify applications, but would leave it in place for verifying the actual ballot.

Majority Caucus Vice Chair Sen. Larry Walker (R-Perry) sponsored the bill and said it would improve security and efficiency of the absentee process.

"It's not about disenfranchising voters, it's not about overly burdening the electorate," he said. "It is about efficiency and security and election integrity and allowing the Georgia public to have confidence in the vote."

But Sen. David Lucas (D-Macon) gave an emotional speech in opposition to the proposal, calling it "malarkey" and warning that the measure would be costly because of inevitable court challenges.

"You're going to spend taxpayer money trying to defend it," he said. "I will not go back home and tell those who vote that I took away the right for you to vote."

Adding an ID requirement to absentee voting is one of the few election proposals top Republicans have agreed on, with Gov. Brian Kemp, Lt. Gov. Geoff Duncan and House Speaker David Ralston shooting down various other ideas floated by lawmakers, including the end of no-excuse absentee voting passed by Republicans in 2005.

A bill from Sen. Jen Jordan (D-Atlanta) passed unanimously that would require local elections officials to begin processing absentee ballots the week before Election Day, codifying emergency rules enacted by the State Election Board ahead of a November election that saw more than 1.3 million mail-in ballots returned.

Two other bills left Democrats with questions about the cost, necessity and effectiveness of making changes, especially without much input from county elections directors.

Sen. Bill Cowsert (R-Athens) carried a bill that would shorten the time after an election that counties had to enter in voting credit and another that would delay election results reporting until workers could verify the total number of ballots cast.

On the first bill, Senate Minority Leader Gloria Butler (D-Stone Mountain) asked if Cowsert heard feedback from elections experts and said DeKalb County expressed reservations about the shortened time and said it would take more people and resources to complete.

"The bill that's just been presented by the author ... his comments were full of statements like 'I expect,' 'I would think so,' 'I would imagine that to be the case,'" she said. "Has there been a meeting with the secretary of state?"

By not allowing counties to upload results until they can confirm how many votes have been cast by each method (absentee by mail, early in person, Election Day), larger counties with more precincts and more voters may take longer to upload results and winners of statewide races may not be known given the Democratic leaning of many of those counties.

Meanwhile, a state House committee will hold its fourth day of hearings on an omnibus election bill that would ban Sunday voting and limit the window for absentee ballots to be requested, among other things. 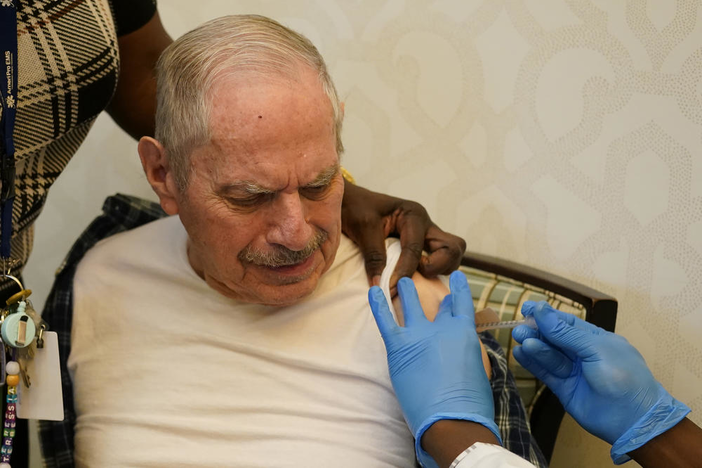