Human rights activists have reported a sharp increase in sexual assaults and human trafficking involving Venezuelan women and girls trying to reach Colombia since the border closed amid the pandemic.

Each day, thousands of Venezuelans cross into Colombia to escape food shortages and authoritarian rule. It's a dangerous journey. The border is officially closed, and so they sneak into Colombia on footpaths controlled by gangs. And as John Otis reports, female migrants can get raped or forced into prostitution. Just a warning - some of the material in this story is disturbing.

JOHN OTIS, BYLINE: At a shelter for migrants in the Colombian border town of Villa del Rosario, Alondra Castillo is showing me the bruises on her arms and shoulders.

OTIS: Castillo explains that in December, she and about 80 other Venezuelans were crossing into Colombia at night on a smuggling trail. At some point, she became separated from the group. While stumbling around in the dark, Castillo was surrounded by five men, who she said raped her. She remains calm as she recounts the harrowing details.

OTIS: They tied me up with my own clothes, she says.

OTIS: Castillo made her journey on a smuggling trail like this one. Venezuelans are dragging their roller suitcases and pushing carts filled with their belongings, but it's rarely a straightforward journey. It's a no man's land where drug traffickers demand bribes, rob migrants and sometimes even rape them. Since official border crossings were closed, human rights activists report a sharp increase in sexual assaults on Venezuelans trying to reach Colombia.

OTIS: "Before, we used to see one or two rape cases per week," says Vanessa Apitz, who runs a legal aid center for Venezuelan migrants. Now, she says, the weekly number of rapes sometimes tops two dozen. Castillo could have crossed safely into Colombia if a nearby border bridge and immigration office had been open, but they were closed 10 months ago amid the COVID-19 pandemic. In other cases, the gangs promised to take Venezuelans across the border and find them jobs in Colombia.

MARIA CECILIA IBANEZ: Migrant women and girls are in very vulnerable conditions, and they will take anything that they're offered, basically.

IBANEZ: And then when they get to Colombia, they find out that they're actually there as victims of human trafficking.

OTIS: Many of these women and girls end up working as prostitutes in the city of Pamplona, a two-hour drive from the border.

OTIS: I meet some of them on a Pamplona street corner. They're rattled by the gruesome death a few days ago of one of their co-workers, 28-year-old Maria Pernia.

OTIS: The victim's roommate, who found Pernia's naked and strangled body in their apartment, tells me that prostitution was the only way Pernia could afford to buy food for her 2-year-old son. Experts say that the true number of migrants targeted by human traffickers and sexual predators is hard to measure. That's because most victims refuse to report these crimes to Colombian police. Some fear they will be deported. Others believe that if they speak up, revenge-seeking gangsters will come after them.

OTIS: The fear runs so deep that Alondra Castillo, the rape victim at the shelter in Villa del Rosario, has yet to seek medical care for her injuries. Still, Castillo admits she'll have to go to the hospital at some point to find out if she's pregnant. 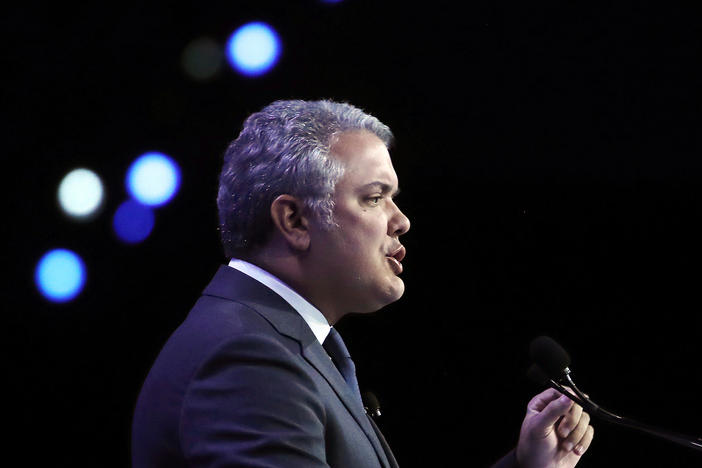 Colombia's President On Amnesty For Venezuelans: 'We Want To Set An Example'

"We want to demonstrate that although we're not a rich country, we can do something that is humanitarian ... but at the same time is an intelligent and sound migration policy," Iván Duque tells NPR. 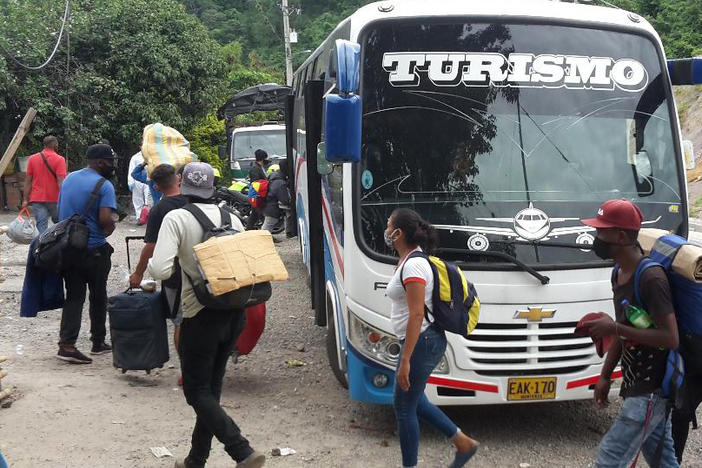 About 2 million Venezuelans have settled in Colombia in recent years amid their country's deep economic crisis. Some of the migrants are shocked by their neighbors' anti-Venezuelan attitudes. 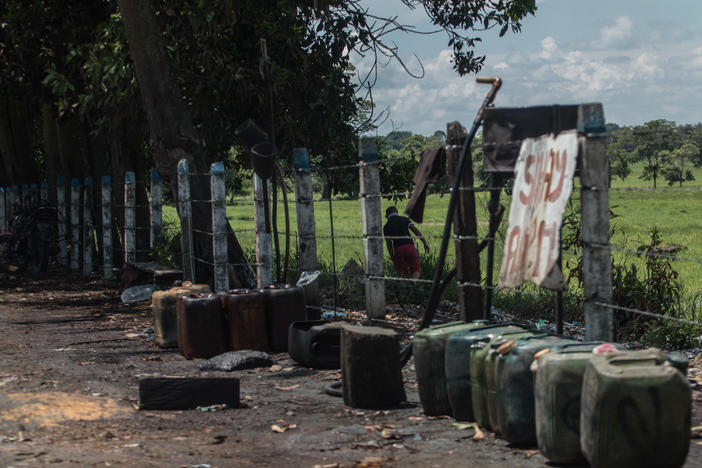 Motorists near Colombia's border with Venezuela used to opt for cheaper, smuggled gas from the neighboring country. Now the tables have turned.