Let HBO's 'Painting With John' Gouache Over You 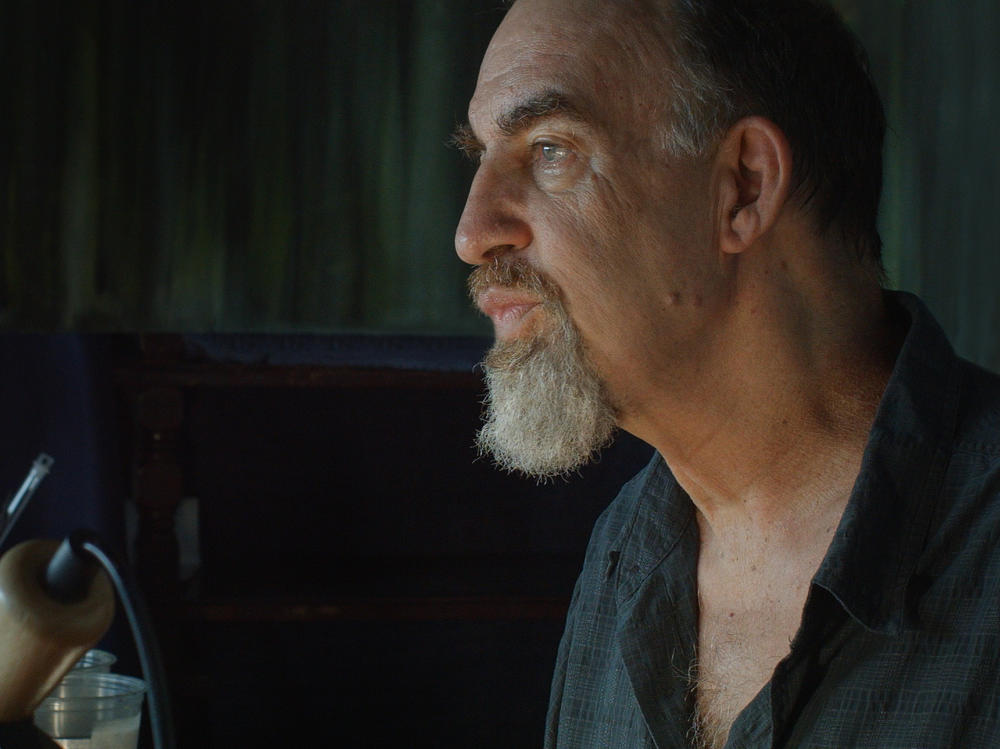 Caption
John Lurie grumbles about art and life while painting watercolors as tree-frogs croak in the tropical night. It's weirdly calming.

"Bob Ross was wrong," grumbles musician/actor John Lurie, in a voice grown so gravelly it's like listening to a rock tumbler. It's late at night, he's bent over the watercolor he's painting in his home on what he only refers to as "a tiny island in the Caribbean." Between each sentence he delivers to the camera, the rhythmic peeping of tree-frogs outside his window reasserts itself.

"Everyone can't paint," he continues. "It's not true."

He goes on to modulate that stance somewhat — all kids are artists, he admits, until life pounds it out of them. Yet later on, as he's painting the spindly branches of some trees like those that teem in his lush tropical backyard, he'll delightedly explain to us that none of the trees he paints are happy. "They're all miserable," he says, snickering.

"You know," he says, glancing up from his painting at the camera, "you should try this. Get some paints, and some brushes. And some paper. I mean, watercolor isn't expensive. You just need a little pad. But get decent paper, and paint and brushes. And just mess around with it. See what it gives you. ... It's so rewarding."

What stretches between Lurie's blithe dismissal of everyone's favorite chia-headed PBS host (Episode 1) and that moment of magnanimity (Episode 6) is a hodgepodge of stories (that time he did blow in a broom closet with Rick James and Studio 54's Steve Rubell! That time he murdered an eel in cold blood!), childlike antics (He rolls tires down his hill just to watch them bounce! He finds a branch that looks like an elephant trunk and stomps around his backyard, trumpeting away!) meta-commentary (He has an aimless conversation with his housekeeper and business manager and then replays it, adding a laugh track!) and the inglorious deaths of a slew of drones that Lurie keeps trying to use to film the establishing shot of each episode (seriously, drones are to this show as drummers were to Spinal Tap.)

Uniting all those disparate bits and tales and self-aware schtick, however, are the many shots of Lurie painting. Cinematographer/editor Erik Mockus films the tip of Lurie's brush in extreme close-up, and we watch colorful pigments leach onto, and into, the paper, only to suddenly spider out along the texture of its weave; we watch one color drop onto another, delineating each in stunning contrast. It's hypnotic, soothing, satisfying and profoundly meditative — an effect that is either intensified or undercut by Lurie's omnipresent score, depending on your personal stance towards noodly, insistent jazz saxophone.

Between Lurie's band The Lounge Lizards and his status as one of filmmaker Jim Jarmusch's featured players, he attained that peculiar status of underground fame that was only possible in the New York City of the late '80s and early '90s. But twenty years ago, Lyme disease led him to turn away from music and acting and embrace painting. He's bracingly candid about that, in the series' final episode, as he is about the disease's lingering effects — a persistent fatigue compounded by a lack of sleep that leaves him so exhausted he's only able to film the series for an hour or two per day.

He talks about the friendships he's made in his lush island of self-exile, and occasionally expresses his thoughts with the blithe confidence and lack of empathy that marks many members of his generation. You'll be forgiven for hearing, in the curmudgeonly gnomic pronouncements of this major figure of the New York underground, a kinship to that one grizzled uncle of yours who's got this whole weird thing about, say, fat people.

There is artsy-fartsy self-indulgence here, but there is also a soul-searching quality and a self-lacerating humor that strives to keep that self-indulgence in check. As a kind of sequel to his early-'90s cult series Fishing with John, in which novice fisherman Lurie lured friends like Tom Waits, Willem Dafoe and Dennis Hopper out on a boat to fish in various exotic locales, Painting with John is more muted, less stylized. Gone is that first series' penchant for the surreal — and its need for guest stars to torment. Painting with John is just about Lurie — his vibrant art, his singular memories, his new life among the palm trees and tree frogs, and, ultimately, his illness.

He doesn't talk about that aspect of his life until the final episode, but when he does, it causes you to retroactively re-assess the previous episodes in a new light. Painting with John becomes an attempt by a man in failing health to reach out, via a medium he performatively disdains (television), and preach the gospel of a medium he sincerely loves (painting). That sincerity, and the paintings it informs — the painstaking creation of which constitutes the heart of this series — together feel like something freely given, an offering of precisely the kind of calm reflection that our turbulent cultural moment has been crying out for. 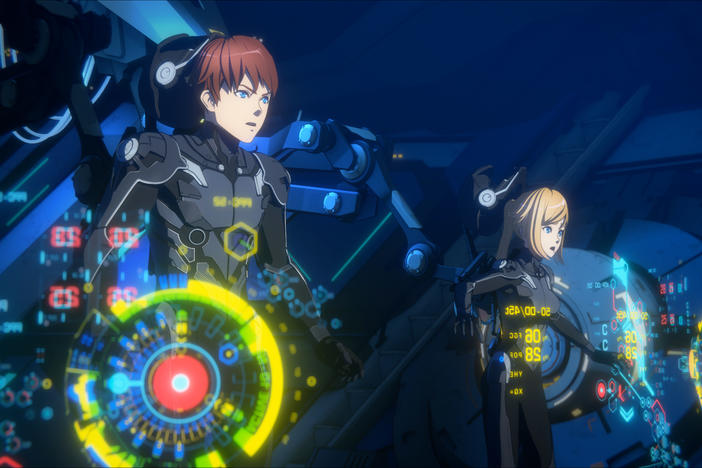 Animated Series 'Pacific Rim: The Black' Gets Grit In The Gears 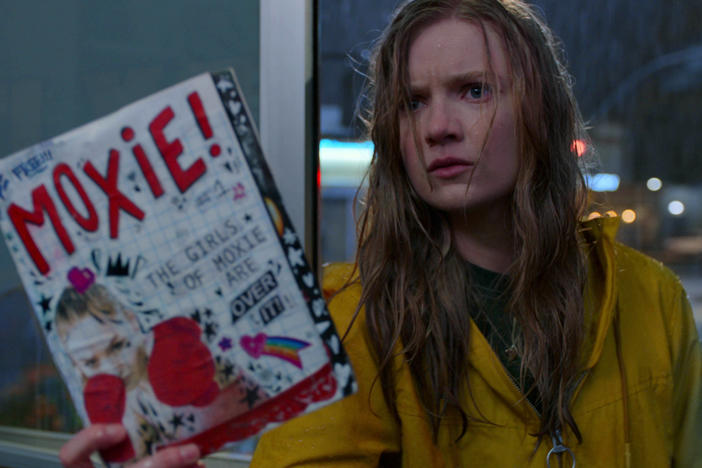 'Moxie' Says Some Things, But Not Everything, About High School Feminists

Directed by Amy Poehler, the new Netflix film longs to stretch beyond its limits to be an inclusive look at feminism in teenagers, but its story works best when it keeps its ambitions modest. 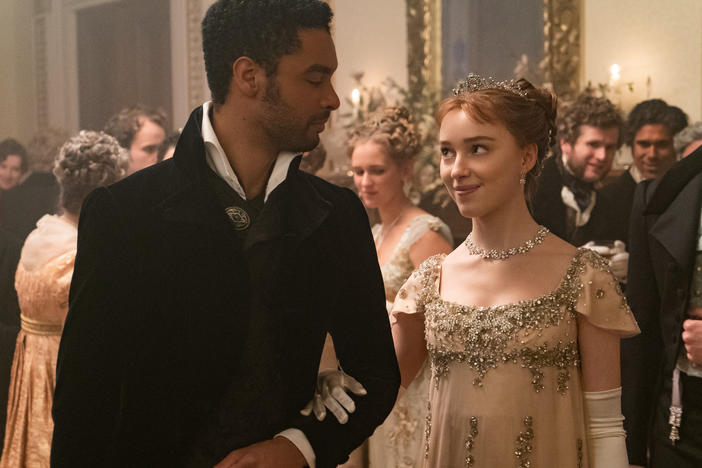 'Bridgerton' Is A Delicious, Raunchy Tale Of One Very Hot Family

Made by Shonda Rhimes' production company and adapted from a beloved series of romances, Bridgerton is witty, sexy, absorbing fun that might just keep you up late.