The change means that doctors will no longer need a special federal waiver in order to prescribe buprenorphine, a medication to treat opioid use disorder.

The Trump administration has made it easier for people suffering opioid addiction to get a life-saving medical treatment from their regular doctor. A new rule makes it simpler for doctors to prescribe a drug called buprenorphine. This comes as opioid overdose deaths continue to rise. NPR addiction correspondent Brian Mann reports.

BRIAN MANN, BYLINE: When Sara Combs found a residential treatment program for her son, Adam, who was addicted to prescription pain pills and the deadly synthetic opioid fentanyl, she thought he was on track and would get healthy again.

SARA COMBS: They called me, like, on a Wednesday, and they said he's getting out tomorrow.

MANN: Combs is a nurse who lives in Phoenix, Ariz. She says Adam came home without any medication, nothing to help him avoid cravings or relapse. A few days later, she found him in her guestroom.

COMBS: I went in and touched him, and he was cold. And I see on the ground, like over his bed, I see the foil and the straw because that's how he was, you know, smoking that Percocet 30. So I was just - what do you mean you're dead, you know?

MANN: Adam, who died in 2018, was 26 years old, part of a devastating wave of opioid overdoses that has surged again by 20% during the COVID pandemic. Now the Trump administration has responded by making it far easier for doctors to prescribe buprenorphine, a drug that sharply reduces withdrawal symptoms and opioid cravings. Federal officials dropped a longstanding requirement that doctors treating opioid addiction get extra training and a waiver before prescribing buprenorphine. Admiral Brett Giroir is assistant secretary in the Health and Human Services Department.

BRETT GIROIR: This change is earthshaking to the substance use community, and I do believe it will save thousands or tens of thousands of lives.

MANN: This comes as part of a broader effort to destigmatize medical treatment for Americans caught up in the opioid epidemic. Keith Humphreys, who studies addiction treatment at Stanford University, says it was long overdue.

MANN: Dr. Patrice Harris, who heads the American Medical Association's Opioid Task Force, says she thinks this will help more doctors view addiction as something they can treat.

PATRICE HARRIS: Yes, office-based physicians will see this as an elimination of a barrier and will add this to their practices.

MANN: Sara Combs, who lost her son Adam to opioids, says she wishes the reform had come earlier. She believes buprenorphine might have kept him alive.

COMBS: All he could think of was his cravings and needed to go back to it right away. And I think that's why he so quickly passed.

MANN: This change comes in the final days of the Trump administration. Experts say the incoming Biden team is expected to leave the policy in place. Brian Mann, NPR News. 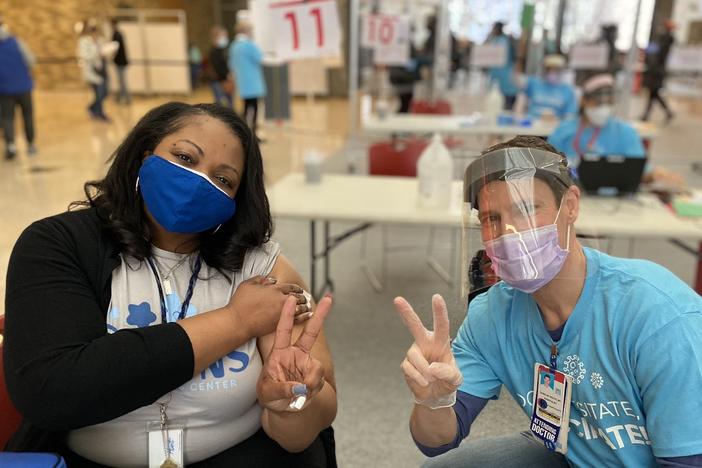 In Washington, D.C., hospital staff vaccinated 1,750 public school workers in one day. It was a hard-won success amid a fragmented nationwide vaccination campaign fraught with challenges. 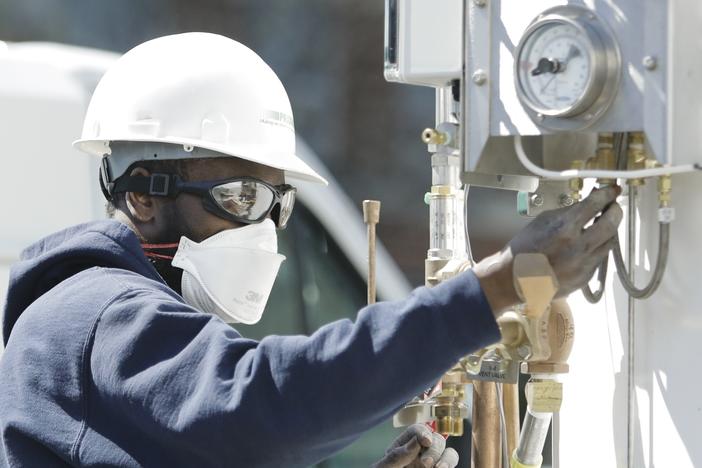 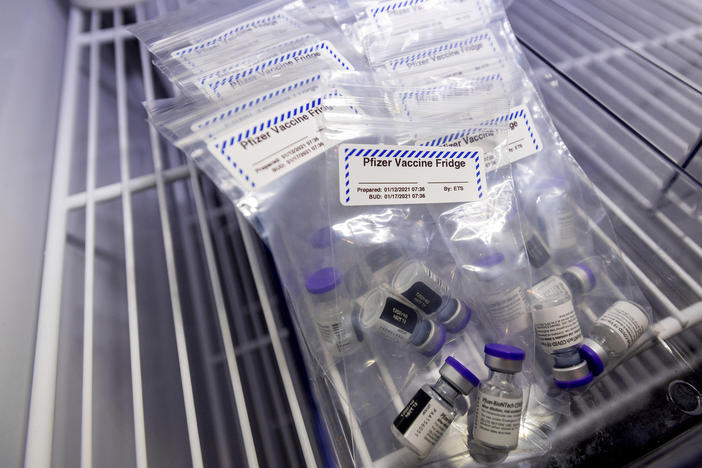 They're A Precious Commodity, So Why Are Some COVID-19 Vaccines Going To Waste?

Amesh Adalja of Johns Hopkins University says strict guidelines around how to roll out the vaccine have discouraged health care providers from giving spare doses to noneligible groups.