'Where Are The Women?': Uncovering The Lost Works Of Female Renaissance Artists

A nonprofit has identified 2,000 works by women artists that had been stashed in Italy's public museums and damp churches. It's also supported restoration of 70 works from the 16th to 20th centuries.

Women could not enter art academies in Italy, the cradle of Renaissance masters, no matter how talented. The names of the few female artists of that time and some from the centuries that followed have often been lost in the mists of history. But as NPR's Sylvia Poggioli reports, there's an effort to bring their names and their work into the light.

POGGIOLI: In 2009, a nonprofit group was founded in Florence to see who's missing.

LINDA FALCONE: I started going into the deposits and the museum storages and attics and checking what was actually there, what works by women. It was something that had never been done before because no one had ever before asked the question, where are the women?

POGGIOLI: That's Linda Falcone, an American writer who helped found AWA, Advancing Women Artists. The group has identified some 2,000 artworks by women in museum basements and damp churches and financed the restoration of 70 works. Falcone describes the challenges women artists faced in the Renaissance.

FALCONE: Women didn't have citizenship. They couldn't produce art as a profession. They couldn't study anatomy. No in-the-nude figures, for example, because it just wasn't considered appropriate. The inability to study in the same forum as male artists is very significant.

POGGIOLI: A major discovery was a huge canvas, 21 feet long, of 13 life-sized men, the only known Last Supper painted by a woman. She's the 16th century Dominican nun Plautilla Nelli, who worked inside a convent. Florence has a long Last Supper tradition, but, says Falcone, most of them are static.

FALCONE: Whereas Nelli actually chooses sort of the key moment in which Christ announces his betrayal. And you have all of the apostles feeling the emotion of that very serious news. And so she is able to do a study of their responses, of their psychological responses.

POGGIOLI: In her time, the nun's works were prized because they were believed to be imbued with spirituality. Art restorer Elizabeth Wicks says, like so many female artists, Nelli was then forgotten.

POGGIOLI: Wicks is restoring two large works by Violante Ferroni, an 18th-century child prodigy. Little is known of her other than she was born in 1720 and lived in a period of great change, says writer Ann Golob.

ANN GOLOB: We do know that well-educated women certainly were getting much more of a seat at the table, and there were definitely a few women who were achieving much greater prominence than beforehand.

POGGIOLI: While still in her 20s, Ferroni was awarded a prestigious commission by a Florence hospital to paint two ovals. The subject matter was usually reserved for men - spiritual scenes to help heal the ill. The art of healing has been a constant theme of AWA's mission, says director Falcone.

FALCONE: A piece of art has its life. It gets hurt, it gets damaged, it needs renewal, it needs to be talked about and paid attention to, et cetera, et cetera.

POGGIOLI: The restoration, as well as exhibits, Advancing Women Artists, has fulfilled its mission, says Falcone. And the organization has announced it's shutting down next June due to insufficient funds. But it's not a sign of failure, she says, because art lovers are now finding answers to the question, where are the women? Sylvia Poggioli, NPR News. 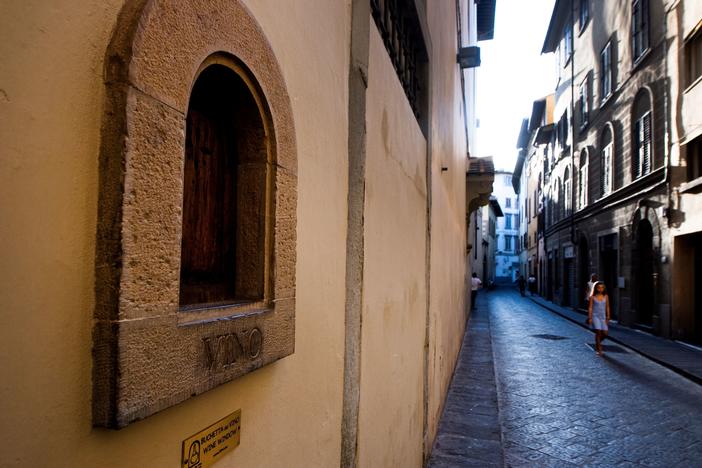 In Tuscany, Renaissance-Era Wine Windows Are Made For Social Distancing

Tuscany's wine windows, each 12 inches high and 8 inches wide, were indispensable during a 17th century plague. They've became useful again during the coronavirus pandemic — even after lockdown ended. 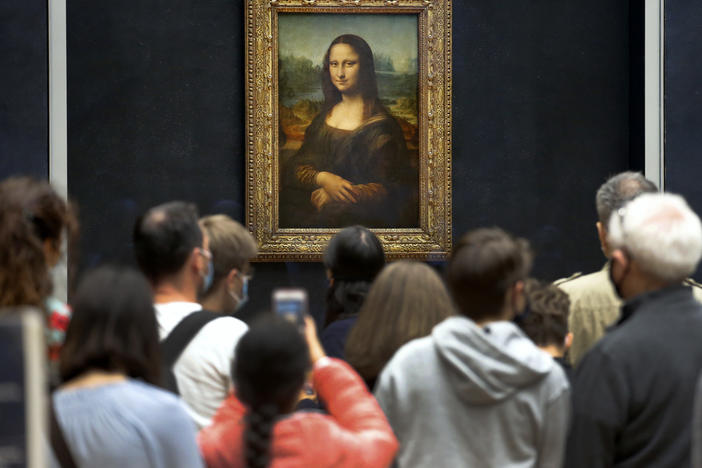 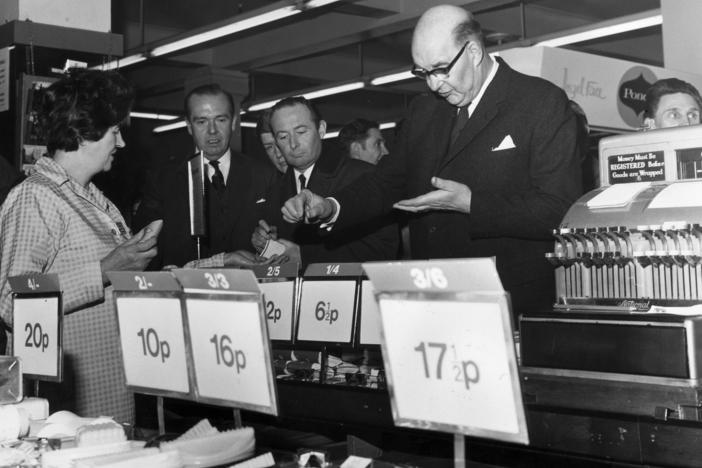 Until Feb. 15, 1971, Britain had 240 pennies to a pound. There were also two farthings in a ha'penny, three pennies in a bit, two shillings in a florin, and five shillings in a crown.