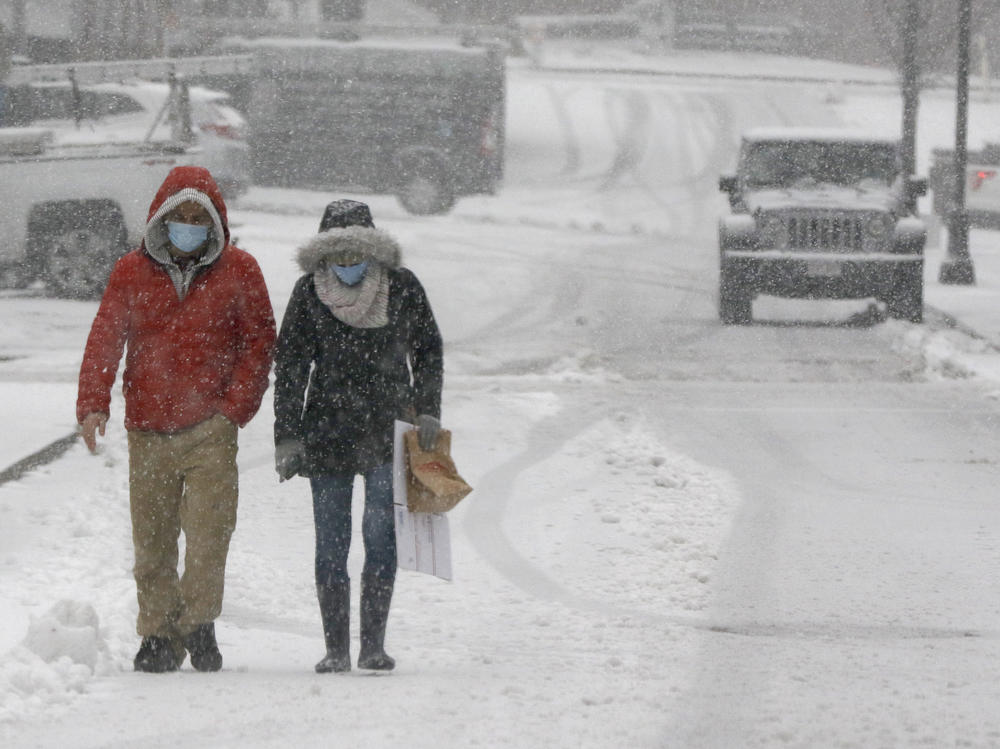 A couple walks through heavy snow on Saturday in downtown Marlborough, Mass. The northeastern United States is seeing the first big snowstorm of the season. / AP

A Nor'easter brought heavy rain and snow to parts of New England, left more than a foot of snow in some places and knocked out power for more than 200,000 customers in the region.

Parts of Maine, Massachusetts and New Hampshire all recorded more than a foot of snow in some places, according to the National Weather Service. In Cape Cod, a wind gust of more than 73 mph was recorded.

The center forecasted the storm to be the "first widespread significant snow event of the season."

Tens of thousands of people in New Hampshire also lost power. Sunday evening, about 16,000 remained without power in the state, according to PowerOutage.US. Service restoration may take longer than usual because of the pandemic, according to WMUR9; some people may have to wait until Tuesday.

But the majority of those without power on Sunday evening were in Maine.

Central Maine Power said on Sunday that more than 225,000 of its customers had been impacted by the storm. More than 105,000 Maine customers were without power Sunday evening.

"This storm caused significant tree and limb damage as a result of heavy, wet snow and strong winds," CMP Executive Chairman David Flanagan said in a statement. "Crews worked hard overnight to ensure conditions were made safe, and those efforts will continue throughout the day today. Facing more wind today, our crews will work as quickly as possible to restore power to our customers."

The company said that while it was working to restore power, customers should be prepared to be without power for an extended period of time. 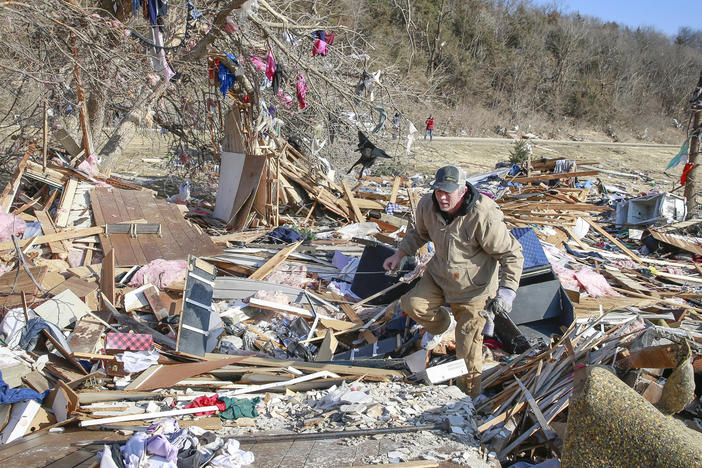 4 of the 7 killed in Iowa tornadoes came from the same family, sheriff says

Two children, their father and their grandmother were killed when a tornado hit the grandparents' home that didn't have a basement. 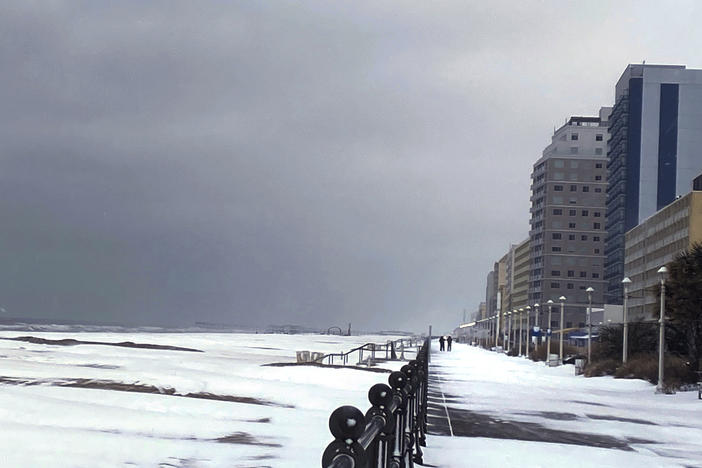 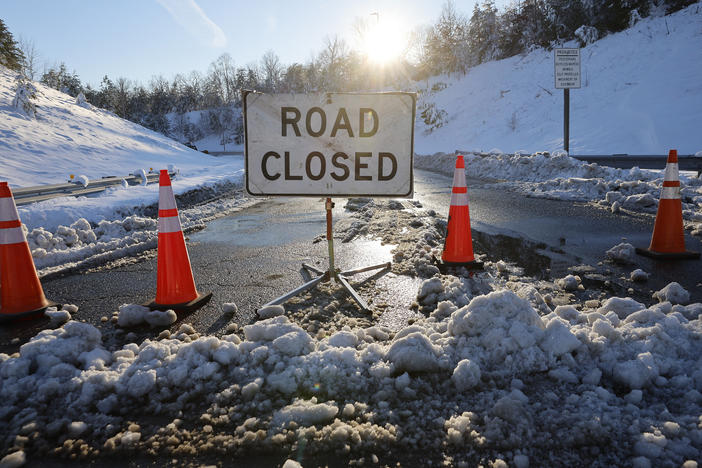 Heavy snow rolled through Tennessee and Kentucky on Thursday, and was expected to hit several states across the northeast next.