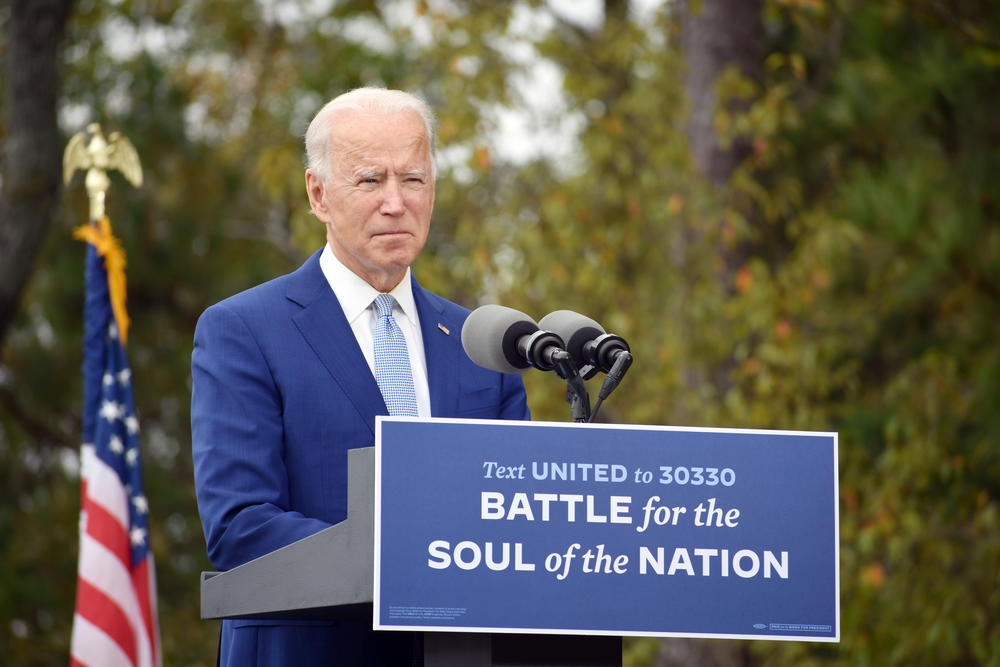 Former vice president Joe Biden made a closing pitch to voters casting himself as a healing and unifying force for America at a campaign stop in Warm Springs, Ga. one week before Election Day.

The results are in: Georgia's first-ever statewide risk-limiting audit confirmed that President-elect Joe Biden is the winner of the state's 16 electoral votes, setting the stage for the Trump campaign to potentially ask for 5 million ballots to be tallied a third time through a recount.

According to the secretary of state's office, the audit was required by law and affirms the outcome originally reported by a new $107 million voting system. The variation from the original count to the risk-limiting audit count was about a tenth of a percent, and includes work done by 159 counties examining 41,881 batches of ballots in less than six days.

“Georgia’s first statewide audit successfully confirmed the winner of the chosen contest and should give voters increased confidence in the results," Ben Adida, Executive Director of VotingWorks, the group assisting the state with the audit process, said. “We were proud to work with Georgia on this historic audit. The difference between the reported results and the full manual tally is well within the expected error rate of hand-counting ballots, and the audit was a success.”

The original margin of just over 14,000 votes shrank to 12,284 after four counties discovered ballots that were not scanned or uploaded properly.

A risk-limiting audit ordinarily would see officials use advanced statistics to determine the minimum number of ballots needed to randomly inspect to confirm the correct winner of a race. The tighter the margin, the more ballots, and by selecting the presidential race the number was so large that officials opted for a full hand tally of all 5 million votes.

As part of transparency measures, the state has also released the data sheets behind the Herculean effort, down to the individual tally sheets that pairs of auditors used to track their counts.

State officials said the full manual hand count would help Georgians have faith in the outcome, especially after President Donald Trump and other top Republicans have launched baseless attacks on voting systems and processes in states that he lost.

Raffensperger said that while he as a Republican wished the outcome were different, the outcome he will certify on Friday would be "accurate and true results."

"These will be the results, and it will be what it is just because that is the will of the Georgia voter," he said. "I can't say it any more calmly than that, because I know that emotions have been spun up and my job is to report facts."

Raffensperger has until Friday to certify the results, and the Trump campaign has until Tuesday, two business days after certification, to request a full machine recount that will see those 5 million ballots counted again through high-speed scanners.