Kemp At Pro-Trump Rally: ‘If we grow tired and weary, we can lose’ 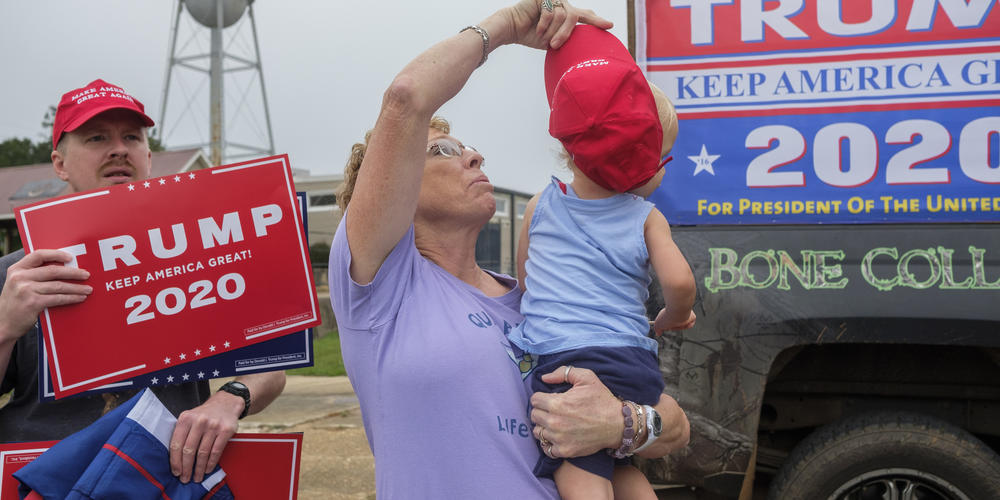 Caption
Jill Reuly, with her son Robert Tindell, puts her Trump cap on her grandson Thomas Tindell's head before a small Trump rally outside a defunct textile mill in Manchester Georgia a few hours before Joe Biden's event in nearby Warm Springs.
Credit: Grant Blankenship 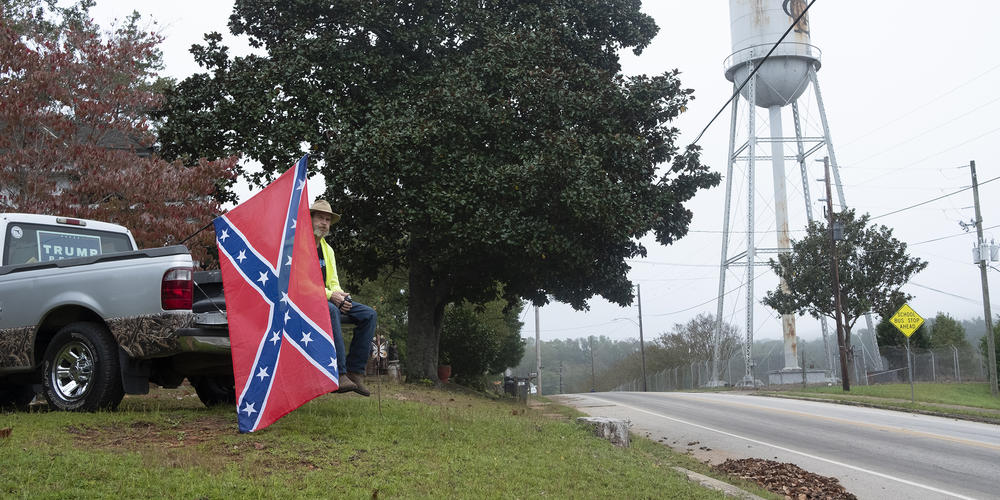 Caption
Mark Stephens watches the Trump rally in Manchester, Ga., not far from Joe Biden's speech in Warm Springs, from a hill above the event site. Stephens was asked to leave because of his Confederate battle flag.
Credit: Grant Blankenship 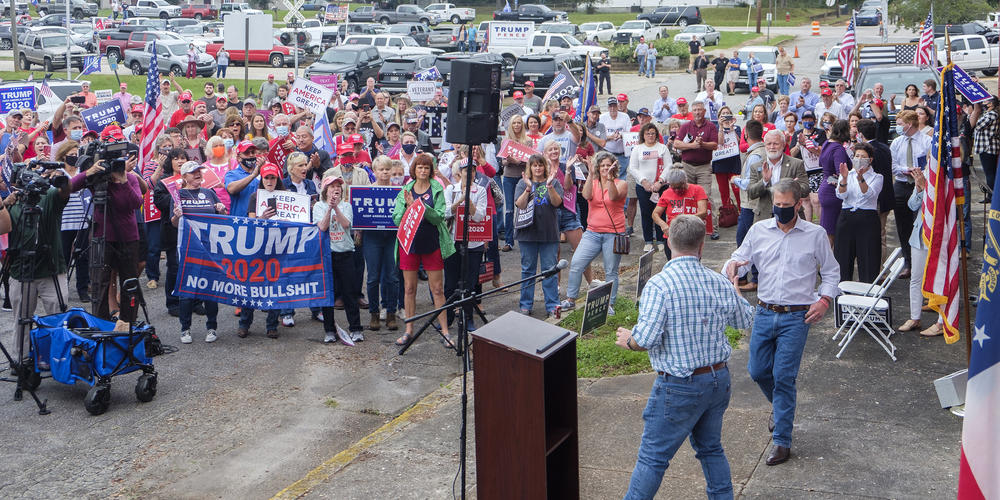 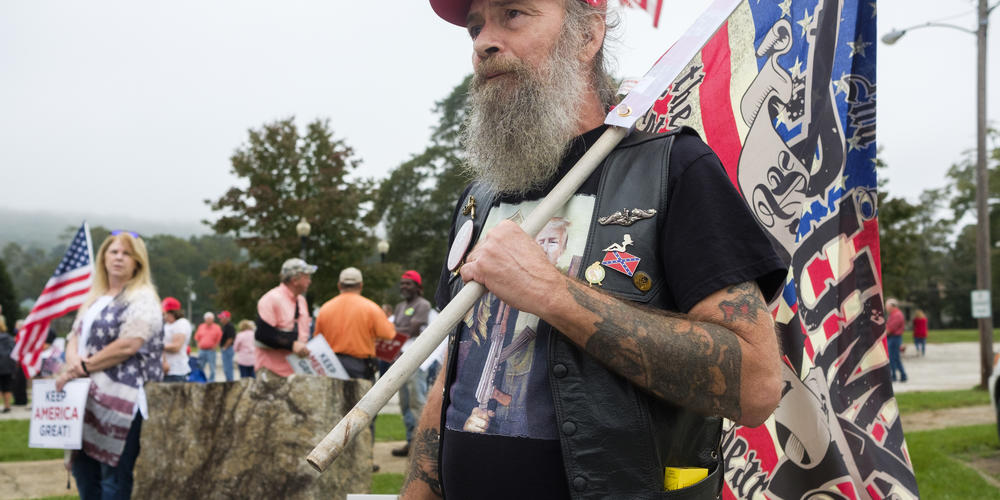 Caption
"If there's Trump sign in this county, I put it there," said Bones Cheatwood, owner of a motorcycle shop in Warm Springs, Ga., before a small Trump rally in nearby Manchester ahead of Joe Biden's campaign event in Warms Springs.
Credit: Grant Blankenship 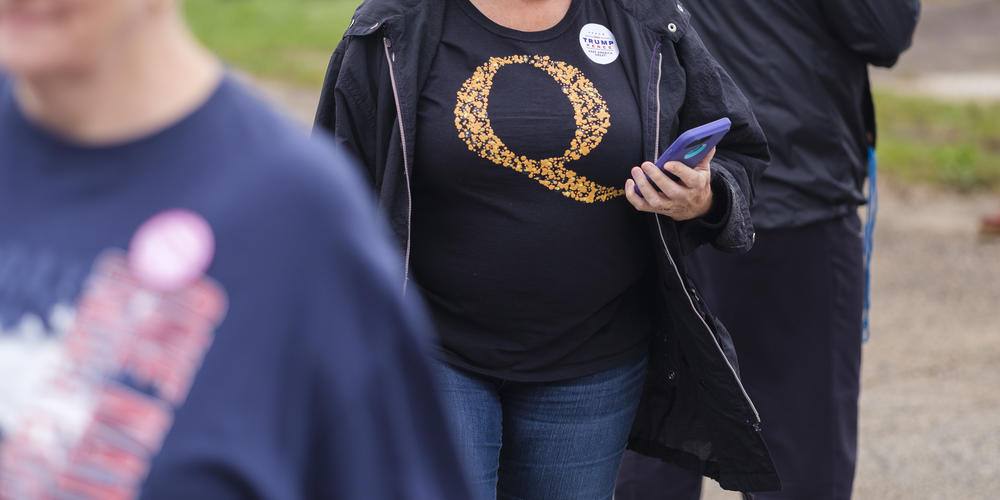 Caption
Attendees with QAnon gear gather at the Trump rally ahead of Joe Biden's speech at Warm Springs, Ga. Tuesday were asked to keep it covered for the duration of the press event.
Credit: Grant Blankenship 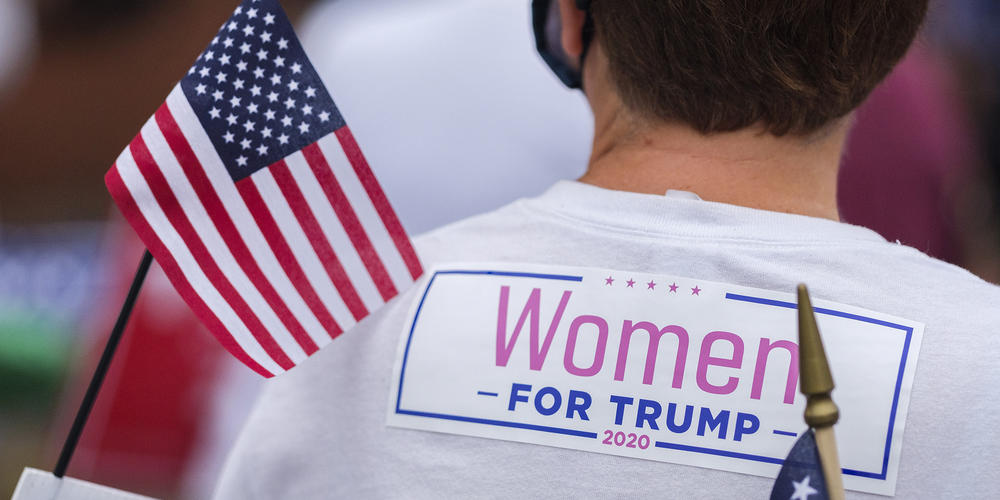 Caption
A woman attends a pro-Trump rally in Manchester, Georgia, ahead of Joe Biden's later visit to nearby Warm Springs on Oct. 27, 2020. The votes of women have been hotly contested up and down the ballot in Georgia this election cycle.
Credit: Grant Blankenship 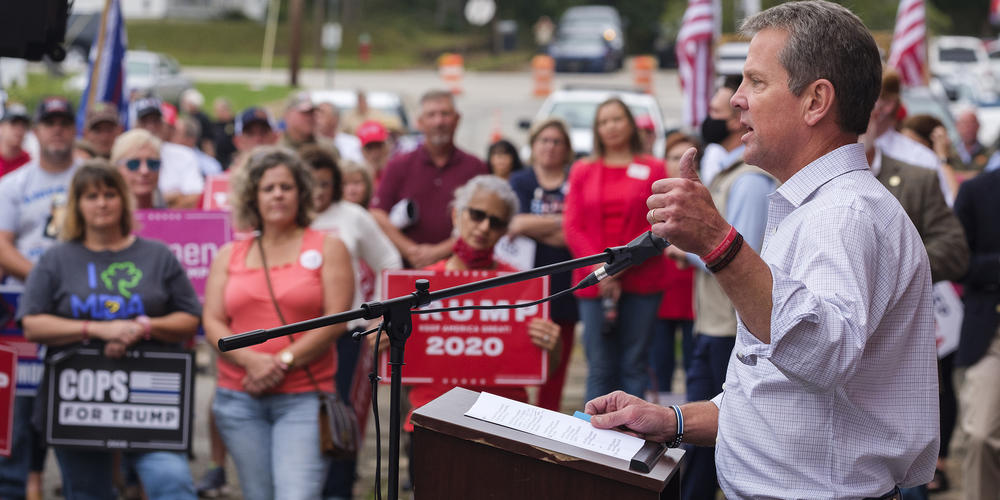 Gov. Brian Kemp was the keynote speaker at a small pro-Trump rally outside a shuttered textile mill in the town of Manchester, about 5 miles away from Warm Springs where Democratic presidential hopeful Joe Biden was set to speak.

Kemp blamed longtime elected Democrats like Biden for the loss of manufacturing jobs at places like the Manchester Mill. He also told Trump supporters that a second term for President Donald Trump was not guaranteed.

“If we grow tired, if we grow complacent because of the majorities we've had in this state, which is some of what I think happened in 2018 because people think, ‘There's no way,’” Kemp said. “There is a way. If we grow tired and weary, we can lose.”

With polls showing the presidential race neck-and-neck, Kemp ridiculed polls as meaningless and said what matters is the results at the ballot box. "You are the poll," he said.

About 200 people were on hand for the event.

Mark Stephens watched the small Trump rally from the flatbed of his truck, with a Confederate battle flag flying next to him. He was asked to leave because of the flag. Several attendees showed up in gear supporting the QAnon conspiracy, but were asked to keep the gear covered for the duration of the press event.

After the rally broke up, many attendees headed to downtown Warm Springs in lieu of getting close to Biden.

Republican Secretary of State Brad Raffensperger said Friday that the margin between President Trump and Joe Biden will likely end up in the thousands and that the loser would request a recount.