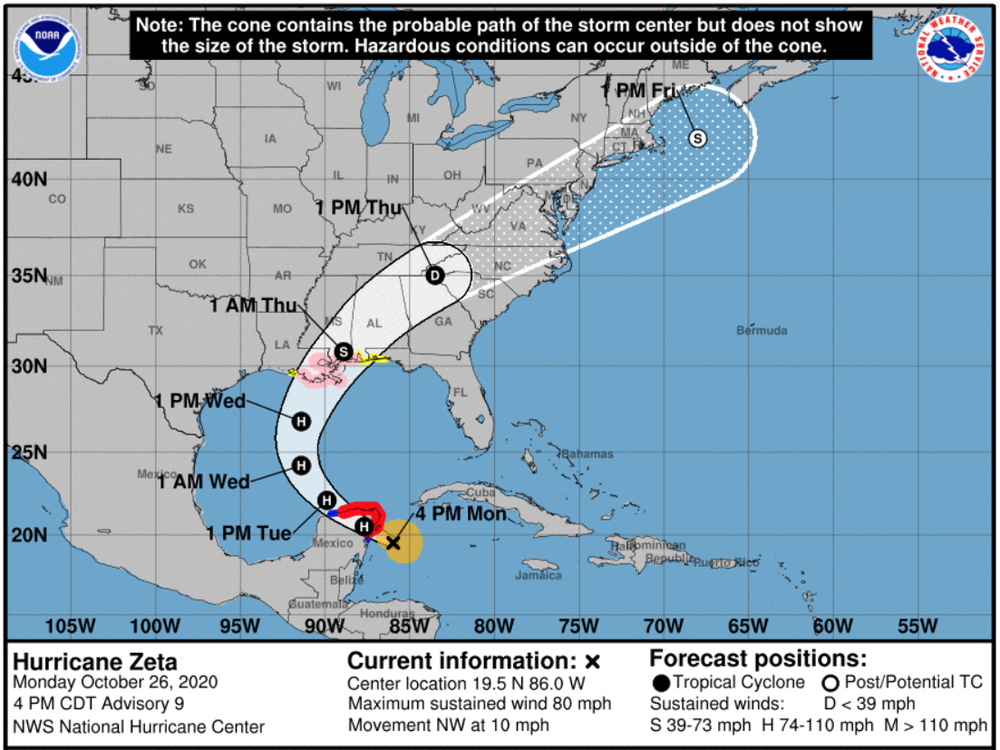 Caption
Hurricane Zeta is forecast to make landfall in Louisiana on Wednesday night.×

Zeta has officially strengthened into a hurricane, and is predicted to make landfall late Monday on Mexico's Yucatan Peninsula before setting its sights on the U.S.

Louisiana is directly in the path of Hurricane Zeta, which is expected to make landfall there on Wednesday night. If it does so, it would be the fifth named storm to make landfall in the state during a single year — the highest number since the state started keeping records in 1851, state climatologist Barry Keim told The Times-Picayune. (A few other storms have crossed into Louisiana after making landfall in other states.)

Gov. John Bel Edwards has declared a state of emergency in advance of the hurricane. The storm is currently expected to bring 2-4 inches of rain across southeast Louisiana, but the greatest threat will come from high winds, Edwards said Monday.

"The good thing, and the bad thing at the same time, is we've had a lot of practice this year" dealing with storms, Edwards said. The Federal Emergency Management Agency and National Guard have people on the ground ready to help once the storm hits, he said.

Louisianans are suffering from hurricane fatigue. The state still hasn't fully recovered from Hurricanes Laura and Delta. More than 3,500 people are still in shelters after the devastation wrought by Laura and Delta, Edwards said.

According to meteorologist Sam Lillo, Louisiana has spent a cumulative three weeks in the 5-day National Hurricane Center forecast cones in 2020.

Hurricane Zeta is the 11th hurricane of the 2020 Atlantic season, and was about 90 miles from Mexico on Monday afternoon, with maximum sustained winds of 80 mph, according to the National Hurricane Center. It's slowly moving northwest at about 10 mph, but its speed is set to increase over the next day or so, at which point it is forecast to turn north on Tuesday night.

The hurricane could strengthen before the center crosses the east coast of the Yucatan Peninsula on Monday night, NHC forecasters Richard Pasch said. Zeta should weaken while it's over land, but is likely to strengthen once it's back over the Gulf of Mexico.

Once it makes landfall in the U.S., heavy rainfall is expected all the way into the southern Appalachians and Mid-Atlantic states, leading to rainfall of 2-4 inches generally, with some areas seeing 6 inches of rain, which could lead to flooding.

While this storm is named Zeta, it is not the last in the Greek alphabet. Next up for names in this year of many tropical cyclones: Eta, Theta and Iota. 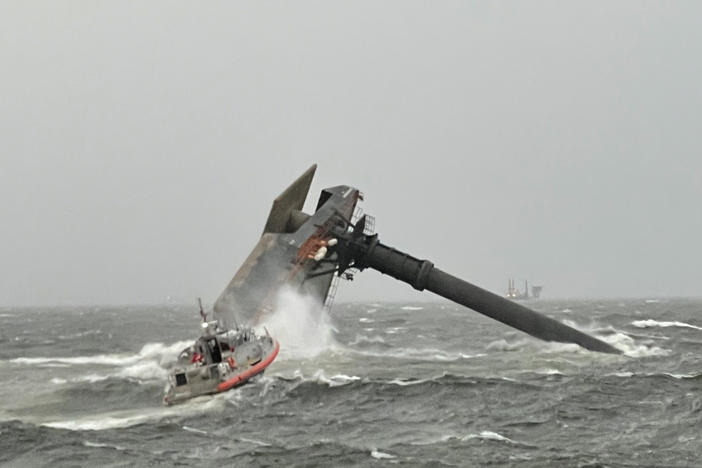 Severe weather may have caused a 129-foot lift boat to capsize in the Gulf of Mexico, about 8 miles south of Port Fourchon. It's unclear how many people remain at sea. 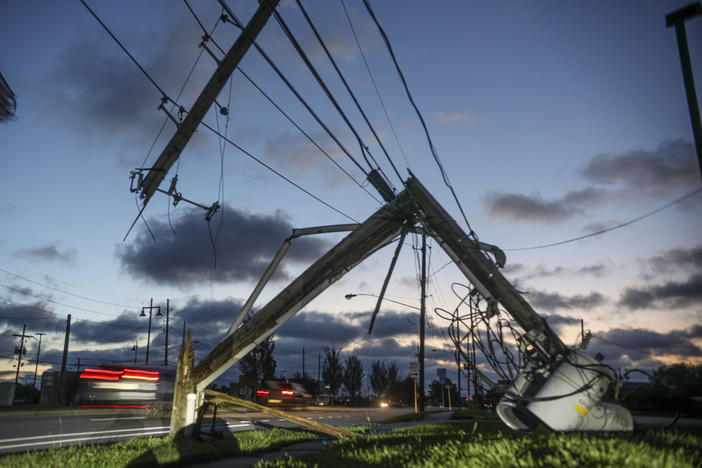 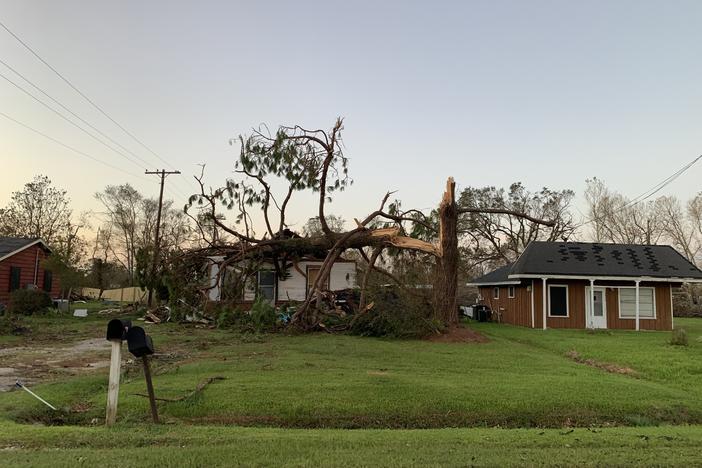