Are Paramilitary Extremists Being Normalized? Look To Idaho For Answers

The arrests of militiamen who allegedly plotted to kidnap Michigan's governor echo loudly in the Idaho Panhandle, a region long synonymous with anti-government extremism.

The arrest of militiamen in Michigan is echoing loudly in parts of Idaho. Many there thought that they'd moved on from an ugly past after right-wing extremist groups set up shop in the state's northern panhandle in the 1990s and caused a number of incidents. But as NPR's Kirk Siegler reports, anti-government activity appears to be on the rise again.

KIRK SIEGLER, BYLINE: In the picturesque resort town of Sandpoint, Idaho, things feel pretty normal, until you talk to frontline workers who deal with the public in this mostly rural, secluded region near the Canadian border.

MORGAN MORTON: A patient wanted to schedule a procedure. And she said, I'll just wait and schedule it. I don't want to do a COVID test, so I'm going to schedule it after November.

SIEGLER: Dr. Morgan Morton is the head of the medical staff at Bonner General Hospital.

MORTON: I was like, what do you mean? Why would you choose after November - like, totally oblivious. Well, after the election, all - this is all going to go away, and we're not going have to do this anymore. And I was just, like, mind blown.

SIEGLER: So then Morton was less shocked when the Black Lives Matter protests began in the northwest and more baseless rumors spread that Antifa was coming to Sandpoint and nearby Coeur d'Alene to riot and loot businesses.

UNIDENTIFIED PERSON: We rolled down here because someone had reported that they'd seen Antifa coming this way.

SIEGLER: In this YouTube video, an unidentified bearded man is surrounded by other heavily armed men in fatigues in a strip mall parking lot.

SIEGLER: Antifa never showed up. What actually unfolded in Coeur d'Alene was a tense stretch of nights where armed vigilantes and Second Amendment supporters swarmed the city's quaint downtown. It's legal to openly carry in Idaho, but even here in one of the nation's most conservative states, some were alarmed at what they saw as intimidation.

SHELBY ROGNSTAD: These were people in full, you know, camo fatigues with AR-15s, multiple clips.

ROGNSTAD: These people were - looked like they were pulled off the streets of Afghanistan, you know, and ready for war.

SIEGLER: For some long-time locals, there was this sense of, here we go again.

MARY LOU REED: There are people with guns who come out from the hills whenever they're whistled.

SIEGLER: Mary Lou Reed represented this region in the state legislature in the 1990s. That was during the antigovernment standoff at nearby Ruby Ridge and when the Aryan Nations founder Richard Butler was trying to turn this area into a white supremacist haven. She sees parallels in 2020. Some of those same people are still around, but far-right extremism today is more complicated and not necessarily white nationalist.

REED: Yeah. I think maybe it is more sophisticated, and maybe it's scarier. But it still involves separation and hatred and ugliness.

SIEGLER: North Idaho, as it's called locally, is one of the fastest-growing regions of the country. It's also one of the whitest and home to far-right political movements, some that encourage Christians to flee cities for rural areas like this that are pro-gun and libertarian on issues like home schooling and vaccines.

SHAWN KEENAN: I've been calling this now the South of the North because I've never seen so many Confederate flags ever here in my life.

SIEGLER: When the armed far-right groups started showing up on Sherman Avenue in Coeur d'Alene, it stirred trauma for Shawn Keenan and his family. Whether they knew it or not, Keenan says, they were on the same street where white power marches used to be held every Fourth of July.

KEENAN: Yeah, I mean, all of those feelings of fear from the Aryan Nation parades back in the day came flooding right back.

SIEGLER: That's because in 1998, Keenan's aunt, who's Native American, and his cousin were shot at, run off the road and held at gunpoint by Aryan Nations security guards. The Southern Poverty Law Center represented the Keenans in a federal case that would bankrupt the compound. Coeur d'Alene started a civil rights education center. A human rights task force was formed with police that's still around today, and people felt like they had gotten past it. Keenan says they got complacent.

KEENAN: What we have now is this new iteration of hatred that's kind of boiling up in our community. And it's frightening to see it again.

SIEGLER: There were no reported injuries during that tense week or in subsequent armed rallies. The Coeur d'Alene City Council nodded to this when it put out a statement saying it was remaining neutral. We realize, they wrote, that to some citizens, the sight of heavily armed individuals is unnerving. Yet to others, it's reassuring. Sandpoint Mayor Shelby Rognstad says elected officials are in a tough spot. The far right is well-organized, and large groups show up armed at public meetings to protest things like mask mandates.

ROGNSTAD: I think that elected officials in general are timid to really take any kind of action or, you know, any kind of stance that would challenge these groups.

SIEGLER: Some local businesses here are less timid, though, and worried about their region's already precarious reputation. You can now see signs from a local civil rights group, Love Lives Here, posted on some Main Street storefronts. And in response to the recent militias controversy, 12 large employers are forming a human rights consortium. Jon Ness is CEO of Kootenai Health, the region's largest hospital and employer.

JON NESS: In the absence of this, each employer is kind of on their own. And so it brings us all together. And there's a safety in all of that.

SIEGLER: Ness is having trouble recruiting doctors and other staff here, particularly people of color. The consortium plans to bring in civil rights speakers and set uniform practices for more inclusive hiring. 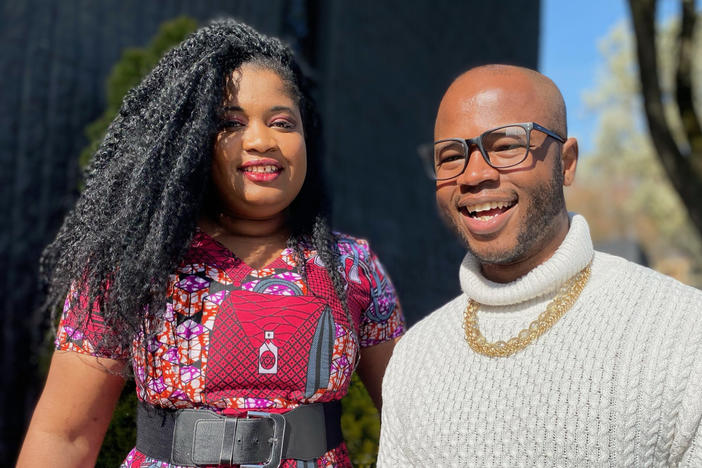 During last spring's racial justice protests, a young man in Portland, Ore., realized that people wanted to do something beyond march. So, he created the Black Resilience Fund to offer small grants. 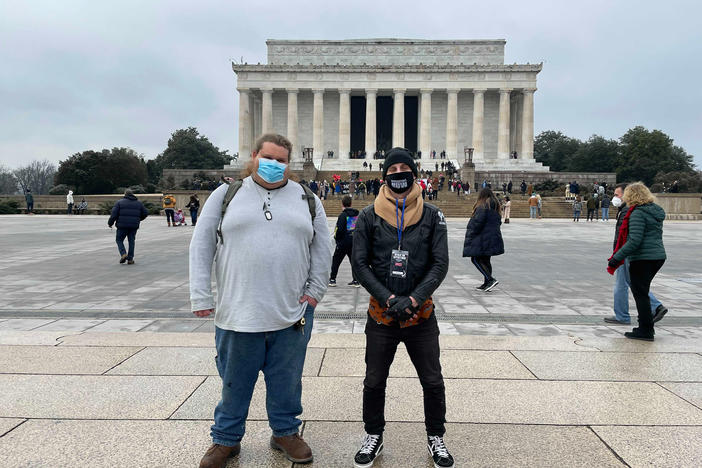 One's Antifa. One's In A Militia. How An Ancestry Match Led To An Unlikely Bond

Two distant cousins connect online, only to learn that one is a militant leftist and the other is in a right-wing militia. Their story shows the complexities of a timely question: Who's an extremist? 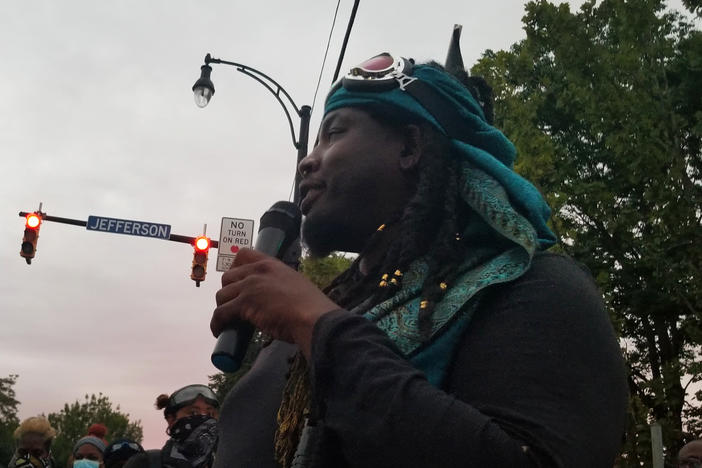 Black Protest Leaders To White Allies: 'It's Our Turn To Lead Our Own Fight'

As Black Lives Matter protests spread across the country, a lot of white people joined in to help the cause. In many cities Black leaders are being deliberate about the roles "white allies" play.