KSU Professor: Path Ahead For U.S. Election Is Uncertain 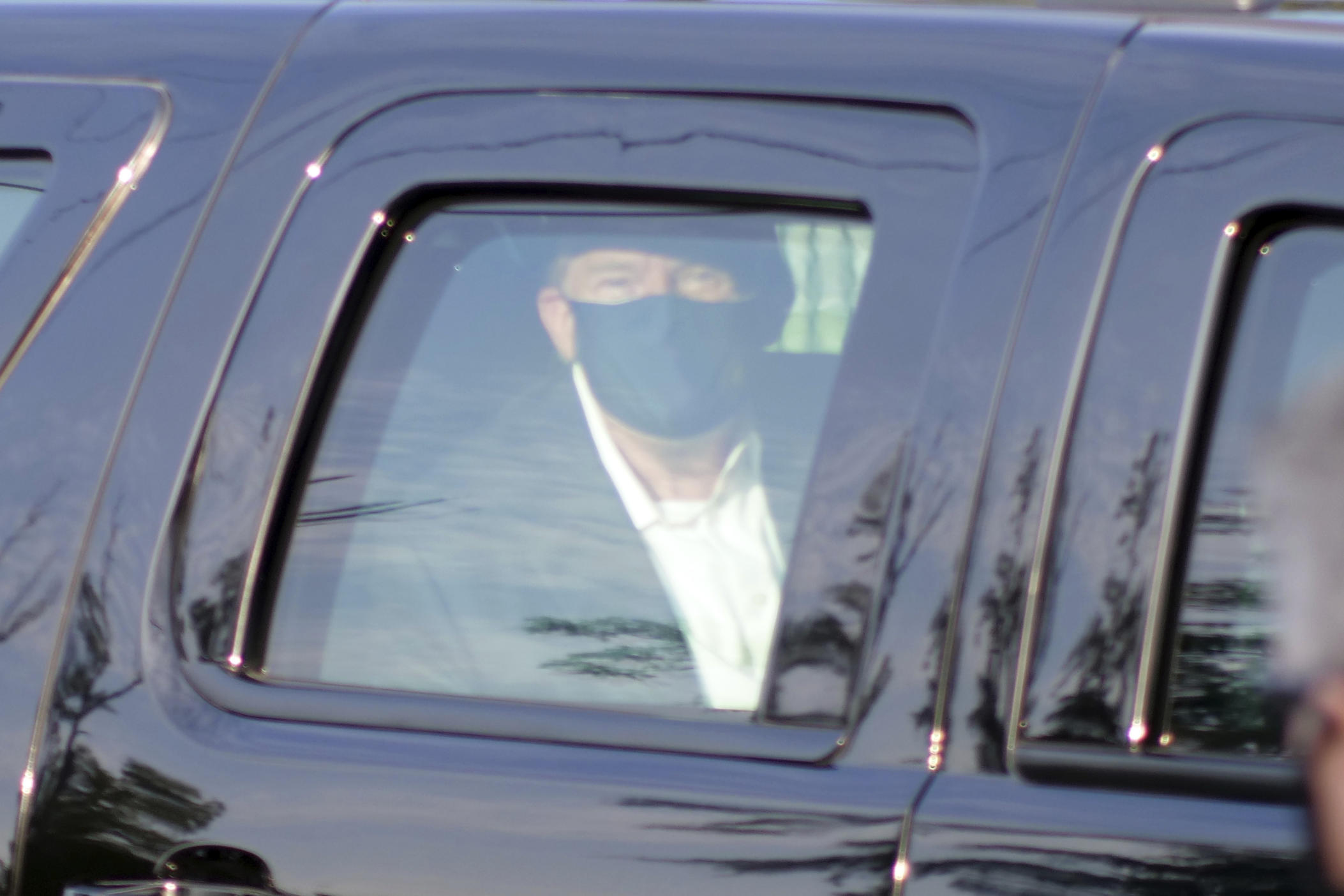 There's no questioning that the past 72 hours in America have added yet another chapter to the drama that is 2020, with many uncertainties ahead for how the president's illness could affect the outcome of the presidential election less than a month away. This murkiness has even left political science scholars scratching their heads at what could come next.

GPB's Sarah Rose spoke with Andrew Pieper, a professor of political science at Kennesaw State University, who said we are living in unprecedented times. The interview has been edited for length and clarity.

Question: Are there any similar situations to this in the course of American history and the presidency?

Andrew Pieper: Nothing precisely like this. Andrew Jackson considered not taking the oath when his wife died between the election and inauguration but was ultimately persuaded to take office. Woodrow Wilson was incapacitated much of his last two years, but he wasn’t running for election. Horace Greeley was a third-party candidate in 1872 and died after the election but before the Electoral College cast its votes. Greeley had secured 66 Electoral College votes in the election, and most of those electors cast their ballots for other candidates.

Q: Are there any “blind areas” in the Constitution’s framework that could complicate the continuity of government in a situation like this?

Pieper: The Framers were clever, but they couldn’t foresee everything. We’ve remedied most of the holes they left in our Executive framework with the 12th, 20th, and 25th Amendments. Our current dilemma probably is rooted in the reality that most of the institutions they created, especially the Electoral College, work nothing like they envisioned. They would have been confused — probably frustrated — that we’ve moved to a non-deliberative Electoral College where electors are chosen by a (mostly) winner-take-all system and formally bound to one candidate. The Framers' flexible system would actually be a huge benefit in a circumstance like this.

Q: In a situation where the president is re-elected, then dies or becomes incapacitated prior to Inauguration Day, what would happen?

Q: Is this a situation that would be appropriate for the invocation of the 25th Amendment?

Pieper: Well, that impacts the sitting president, and it could certainly be invoked between now and Jan. 20, regardless of whether Donald Trump wins or loses the election. It is fairly straightforward. But the trickier scenario is related to the election and the Electoral College, and the 25th Amendment doesn’t address that.

Q: CNN's national security analyst Samantha Vinograd said "this may be the most dangerous moment the U.S. government has ever been in." Do you agree with that assessment?

Pieper: I hesitate to say “ever been in.” It is difficult to compare the 21st century to the War of 1812, or the Civil War, or even the Great Depression. But we’re certainly on the precipice of something dangerous, and this is separate from the issues we’re facing with President Trump’s COVID diagnosis. I’d like to think we can pull back … there are some really responsible, level-headed leaders on both sides of the aisle. But when President Trump proclaims that the election “will end badly,” that is not promising. Usually our leaders try to reassure us, rather than induce panic. 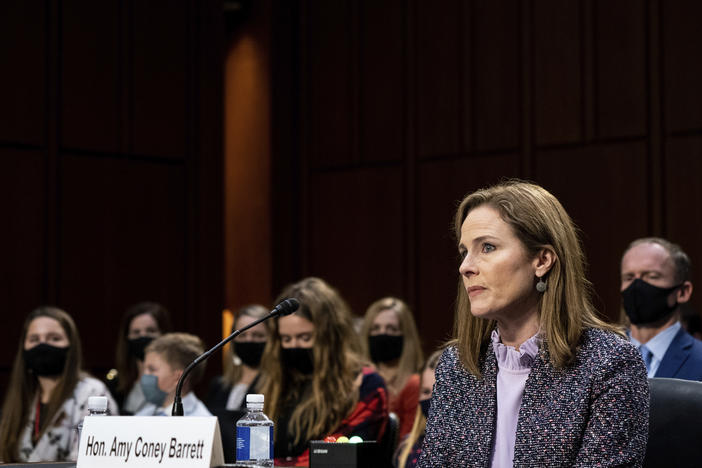 Political Rewind: What Confirmation Of Judge Amy Coney Barrett Could Mean For Georgia

Wednesday on Political Rewind: As the Senate Judiciary committee prepares to vote on the confirmation of Judge Amy Coney Barrett to the U.S. Supreme Court, our panel of experts takes a look at how she could help shape rulings that may have a big impact here in Georgia.

Our panel of legal experts will weigh in on these key questions and discuss how the court might rule on two important trump anti-immigration cases. 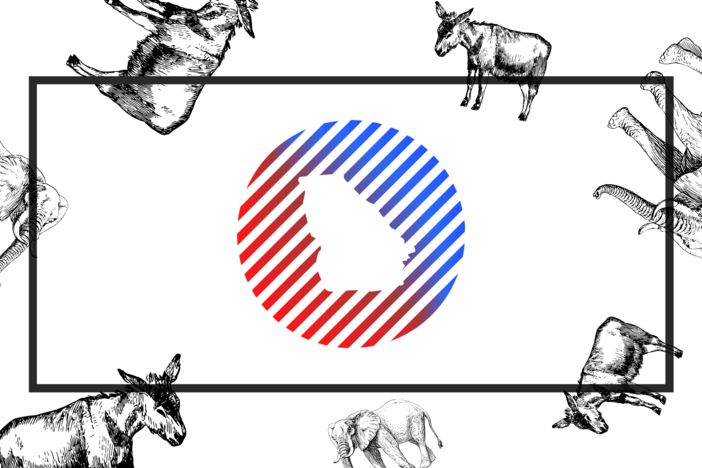 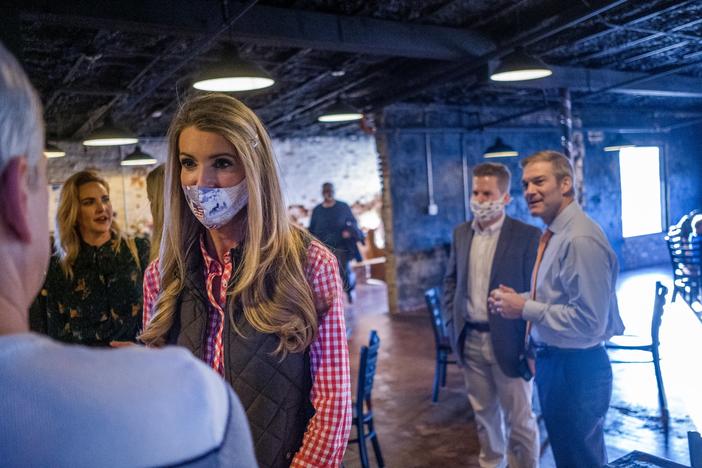