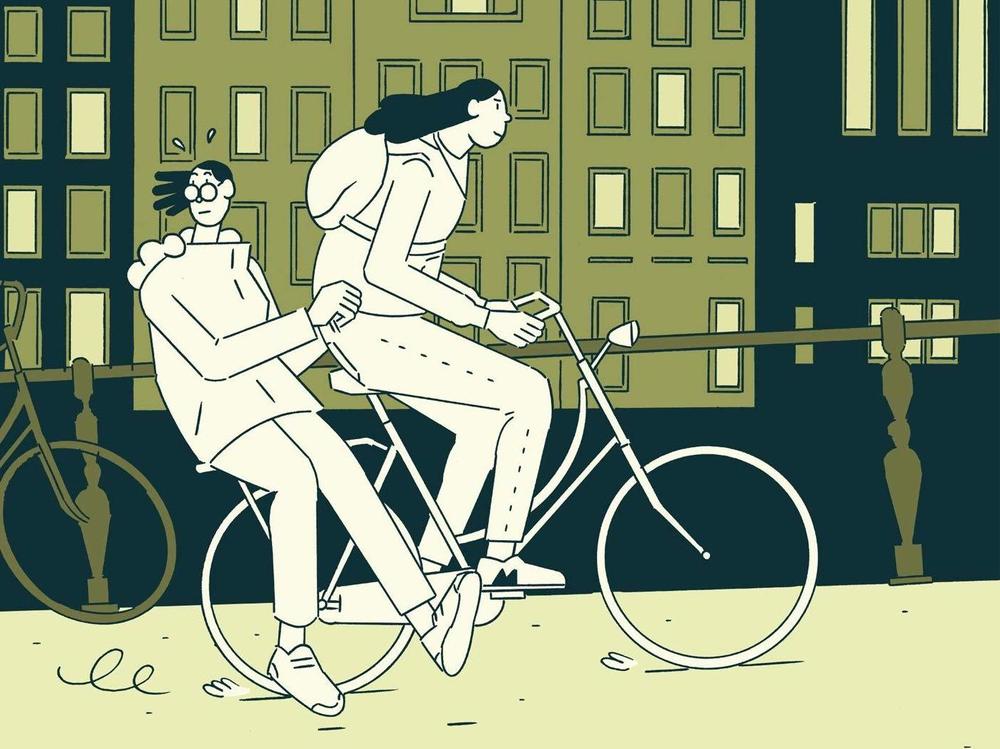 When you were in college, did you ever study abroad? The numbers say you probably didn't — only 1.7 percent of American undergrads studied overseas in 2017-18 — and that probability decreases with your parents' income bracket. Even so, among the college-educated classes, the experience of traveling to another country for a semester has far more mythic resonance than the numbers can justify. That's because it's the perfect adventure at the perfect time, for those lucky enough to afford it. With parents and administrators as invisible lifeguards, dipping into another culture is a great way to establish a sense of self in the sloshy, floundering years of proto-adulthood.

What with the built-in training wheels, though, a semester abroad isn't usually the stuff of a good memoir. You may have felt like Bowles or Burroughs as you navigated the alleyways and undercurrents of your host city, but there was never any real peril hanging on a false step, and your reader knows it. However much you discover about yourself and the world, it's almost impossible to convey the power of those insights to someone else.

That hasn't kept a lot of writers from trying, though. Those who succeed usually have larger-than-life events to draw on (as Andy Warner did for Spring Rain, his terrific graphic novel about studying in Beirut). Sophie Yanow doesn't have high-stakes urban political battles or interpersonal blowups to talk about in The Contradictions, her award-winning comic about studying and traveling in Paris and northern Europe. But since she knows that, and is humbly conscious of the limits of her experience, she makes you smile and cringe and sympathize anyway.

Yanow perfectly captures that early-20s state of mind where you want to have principles but don't know exactly what yours are, so you're all too inclined to embrace those of anyone who seems intriguing (or just cute). Right up front, she admits she picked her study-abroad program in Paris because she was coming off a breakup and there wasn't a language requirement. "Paris must be so exciting for an artist!" says one of the random fellow students she meets at a beginning-of-semester mixer. But Sophie isn't particularly interested in getting an artistic education — it's life she wants to learn about.

She sets her trajectory with an impulsive act of social assertiveness that we've already guessed is a bit unusual for her: Spotting someone riding past on a fixed-gear bicycle, she thinks, "I heard there weren't any fixies in Paris yet. So fixie means bike geek. Wait. Bike geek might mean punk." A breathless chase ensues, and at the end of it she meets Zena, the girl who becomes her companion for the rest of the book.

There's no particular chemistry drawing Zena and Sophie together. A night of hanging out talking politics and veganism doesn't produce romantic sparks or even a strong sense of connection. But they're both into anarchism and eager for new experiences, so they decide to hitchhike around Europe together during their break. The journey that follows isn't suspenseful or surprising — it's not even particularly angsty as college stories go. And yet, Yanow's got this particular combination of astuteness and humility that makes the very lack of drama engaging. It feels nice to sit with someone who looks at the world the way she does. After a while, you start noticing all sorts of nuances within each low-key anecdote, and you'll wonder how much you're overlooking as you charge through life at your usual pace.

Yanow's approach to storytelling and life is manifested in her artwork to a truly uncanny degree. It's no surprise to learn that she's taught at several art and cartooning schools — she understands exactly what each of her choices is going to do. Her ligne claire ("clear line") drawings are so geometrical and spare, they could almost be ideograms. She even uses familiar symbols to convey ideas sometimes: When someone's frustrated, a little spiral appears above their head, and when they're drunk, it's a cluster of bubbles. This combination of economy and universality is at once unassuming, wry and subversive.

On one level, Yanow's alluding to Sophie and Zena's simultaneous yearning and loathing for the option of living life according to a well-established instruction manual. She's also lulling the reader a little bit, so when she alters one of her repetitive little motifs — distorting familiar proportions or abandoning a visual rhythm she's established — it hits like a thunderclap. The apparent simplicity of her compositions is deceptive, and her message is paradoxical. Even as she strips away extraneous detail, she's teasing you about your own tendency to oversimplify everything.

The Contradictions isn't just an engaging read, it's a warming and affirming one. Yanow doesn't exalt what is, in the end, a fairly standard-issue American wanderjahr, but she also doesn't dismiss its significance or mock her younger self. She knows that, even if you're lucky enough to have the benefit of training wheels, growing up is always going to be a vertiginous ride.

Etelka Lehoczky has written about books for The Atlantic, The Los Angeles Review of Books and The New York Times. She tweets at @EtelkaL. 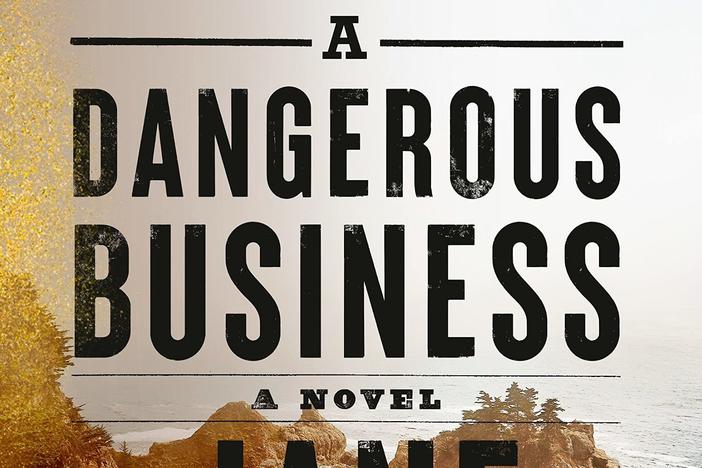 'A Dangerous Business' is an entertaining, Poe-inspired murder mystery

In Jane Smiley's latest novel, inspired by Edgar Allan Poe's "The Murders in the Rue Morgue," characters Eliza and Jean are determined to figure out who killed their missing colleagues. 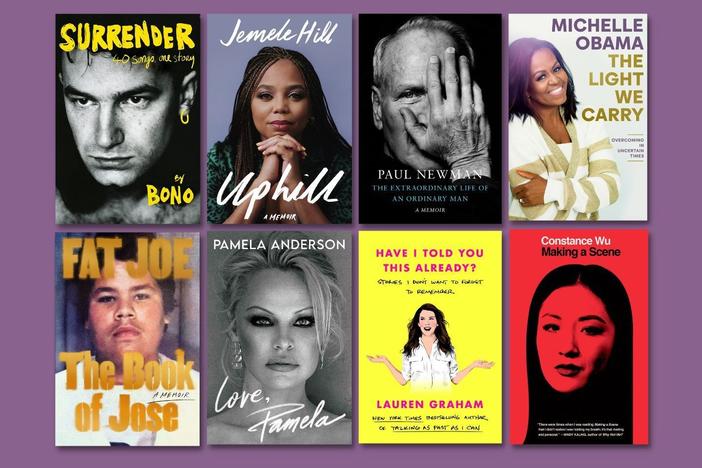 14 celebrity memoirs spilling all the tea

It's been a busy season for celebrity memoirs. A-listers from the worlds of Hollywood, music, journalism and royalty dish their own stories in these recent and upcoming books. 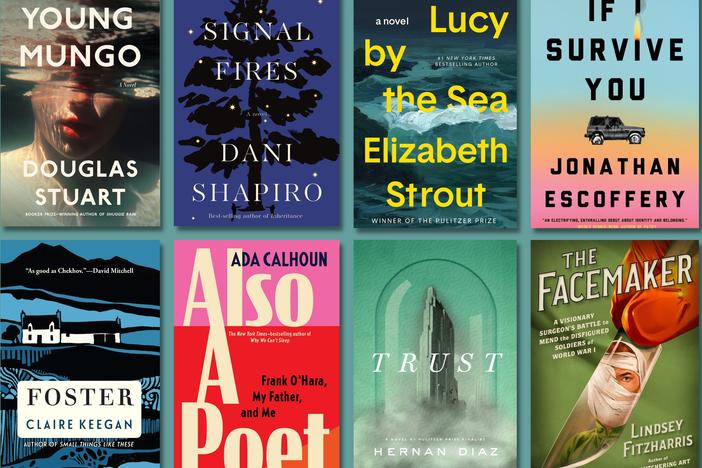 Maureen Corrigan's favorite books of the year: 10 disparate reads for a hectic 2022

Some years, this annual book list falls into a pattern: like stand-out memoirs or dystopian fiction. But 2022 could not be contained, and these titles sprawl all over the place in subject and form.