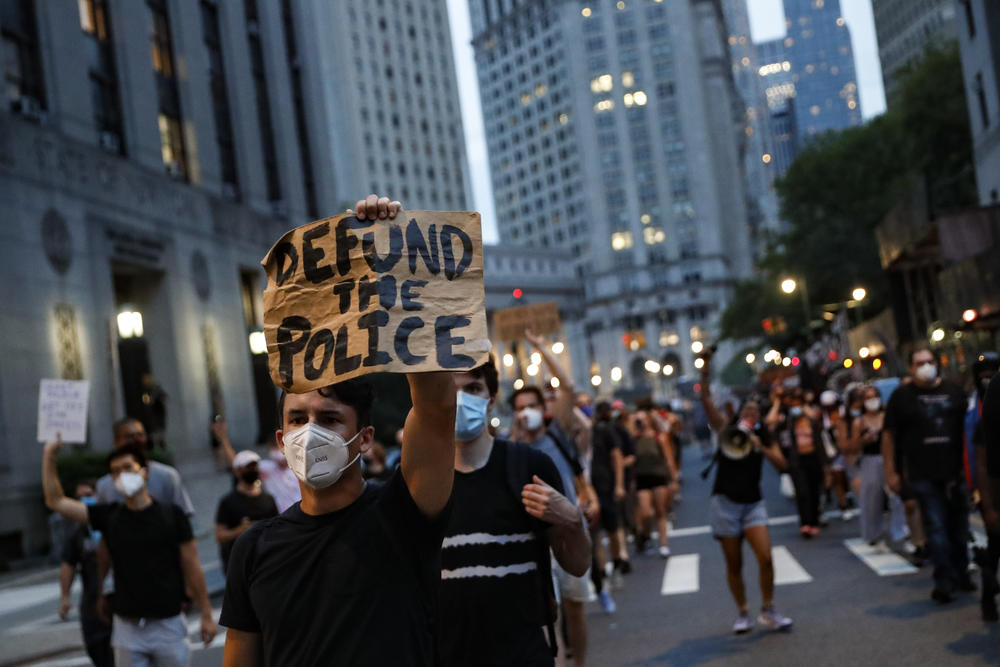 A demonstrator holds a sign that reads "Defund the police" during a protest march in support of the Black Lives Matter movement and other groups, Thursday, July 30, 2020, in New York. 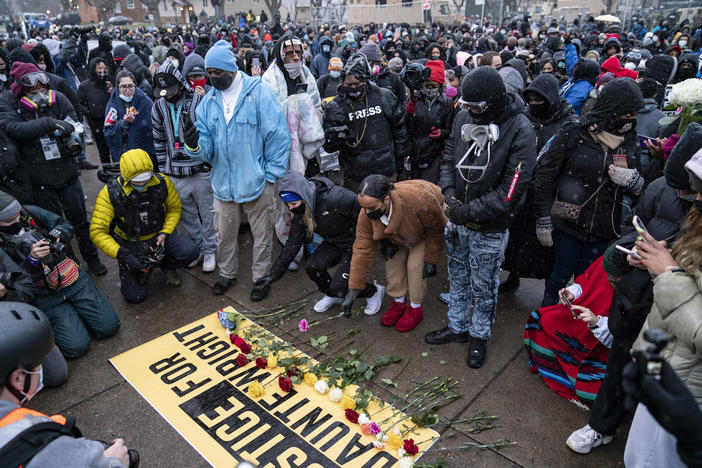