Kemp Praises State's COVID-19 Efforts: 'But We Can't Let Up' 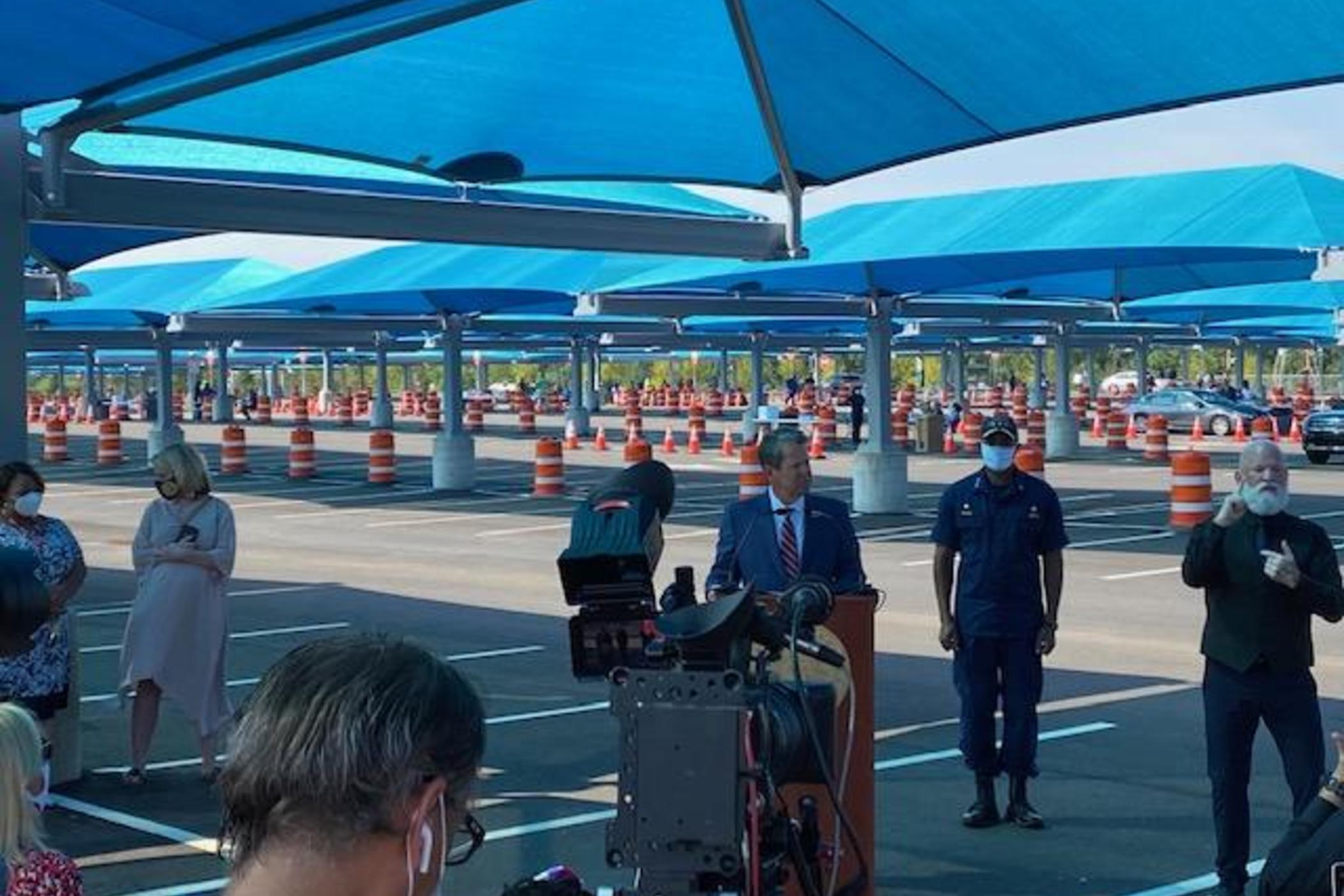 Gov. Brian Kemp is touting Georgia's efforts in the fight against COVID-19, saying the state is making "measurable progress" and that hospitalizations have reached its lowest point since early July.

"But we can't let up," Kemp tweeted. "I’m asking all Georgians to stay vigilant and continue to use best practices. Together, we’ll win this fight."

Kemp took to Twitter on Monday and over the weekend to reinforce the strides Georgia has made in slowing the spread of the pandemic in recent weeks. New cases of COVID-19 have had less than a 1% daily growth rate for the past two weeks.

The news comes after a difficult period for the state, in which hospitals previously saw a spike in cases shortly after July Fourth amid calls for a statewide mask mandate or for a renewed statewide stay-at-home order from certain lawmakers.

Kemp has maintained a statewide mask mandate is unenforceable, but has suggested all Georgians wear masks. He has touted the state's efforts that have resulted in a dramatic reduction of COVID-19 hospitalizations and daily cases since the state's peak in July.

The number of people hospitalized for COVID-19 remains just over 1,900, compared to more than 3,000 just a few weeks ago.

The governor on Monday also renewed the state's public health emergency through Oct. 10, allowing "for enhanced coordination across government and the private sector for supply procurement, comprehensive testing, and health care capacity."

Dr. Amber Schmidtke, a public health microbiologist, said the public should remain cautious, even with the good news of dwindling hospitalizations.

"It's important to remember that, you know, cases of hospitalizations are declining, but we are not seeing deaths decline yet. And so that's that's one thing," she said. "But, you know, now that we've done the work of sort of flattening this curve, once again, it's important not to race back out there and do risky things to fill our hospitals back up again."

Additionally, Schmidtke said that a good next step to combat the pandemic would be to institute a mask mandate.

"We've already been through so much, and I don't think that Georgia really wants to keep going through this coaster," Schmidtke said.