Gov. Brian Kemp lashed out at members of the news media over coronavirus reporting during a fiery news conference on Wednesday, accusing the Atlanta Journal-Constitution of playing "pandemic politics" and saying, "You're not being truthful with people." 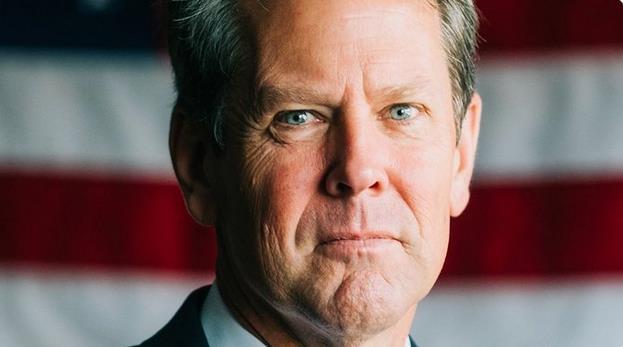 Caption
Gov. Brian Kemp attacked the media over COVID-19 reporting and boasted that Georgia was bringing the virus under control: "We’re on the back side of the spread."
Credit: Courtesy the governor's office

The comments came after the Atlanta newspaper published a story based off a report from the White House Coronavirus Task Force that showed Georgia reported the highest rate of new cases of coronavirus in the country in the seven days ending Friday.

The report urged Georgia officials to take “continued, expanded and stronger mitigation efforts, including in all open schools.”

Kemp went on the offensive at the end of a news conference about a new crackdown on human trafficking when he was asked about the report.

“I certainly did push back against the biased, one-sided reporting by the Atlanta Journal-Constitution on a leaked report," the governor said. “What the article that the AJC wrote didn’t tell Georgians that right now our hospitalizations are down 18.8% since our peak on July 30. That’s the lowest level since July 13. Our seven-day average of new cases reported are down 26%."

Quizzed more, the governor said, "This is a report that was leaked to the AJC, and they didn’t write about all the numbers. You’re not being truthful with people.”

Kemp did not dispute that the White House task force concluded Georgia has the highest rate of infection, but he said that's not the full picture. The state reported 216 cases per 100,000 people, which is about double the national average rate.

"To scare people with one number is not fair to the general public. You’re not giving them the benefit of the doubt to make good decisions based on all the data," he said. “That’s all I’m saying.”

He added, “This is what’s so frustrating about pandemic politics and leaked reports. We’re glad to talk about these numbers every day.”

At one point, when a reporter began to ask about COVID-19 outbreaks at schools in Cherokee County, the governor cut her off.

"You're wrong," he snapped. "You don't know what you're talking about!"

Kemp said he constantly reads the White House task force reports and that he appreciates the expertise of Dr. Deborah Birx, who is helping lead the government's response to the pandemic. But Kemp also touted the work of the Georgia Department of Public Health and its commissioner, Dr. Kathleen Toomey.

"You know Dr. Birx is not our public health director," he said. "One of the things that is making our per capita cases go up is our demand for testing is going down. You know why? Because there is not as much spread going on.”

He said Georgia had the highest rate per capita because "Texas and Florida and Arizona and some of the other states that were peaking a couple weeks ago are on the down-cline, just like we are.”

“We’re on the back side of the spread," Kemp said. "But you can’t blame the government because people don’t want to get tested now.”

The governor has refused to issue a statewide mask mandate saying they are not enforceable, and he recently dropped his lawsuit against Atlanta Mayor Keisha Lance Bottoms over the city's mask mandate.

On Wednesday, he encouraged Georgians to keep wearing masks to stop the spread. He also urged all Georgians to get tested for COVID-19. “In a lot of ways, it would help me out if people, where there’s not much spread, would go get tested because it would skew the numbers the other way," he said.

The governor said he remained focused on jumpstarting the economy, which got hammered during the government-mandated shutdown in the spring. “We know if we shut down again there will be businesses and jobs that will be lost forever," Kemp said. "We have to think about that as well in our fight – and that’s what we are going to continue to do.”

There have been nearly 244,000 confirmed coronavirus cases in Georgia, including more than 4,800 deaths.

In a statement, AJC Editor Kevin Riley stood by the paper's reporting.

“The Atlanta Journal-Constitution summarized a White House report that said Georgia has the highest rate of new cases in the nation," Riley said. "The article included information about a recent decline in new cases and hospitalizations, and in positive test rates. Nearly 5,000 Georgians have died of COVID-19, as our readers know from the statistics we publish daily on our front page and at AJC.com. Attacking factual news reports won’t change the course of this pandemic in Georgia.” 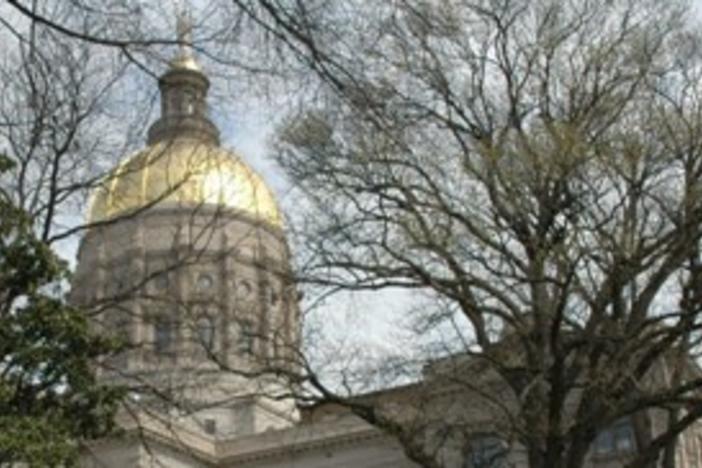 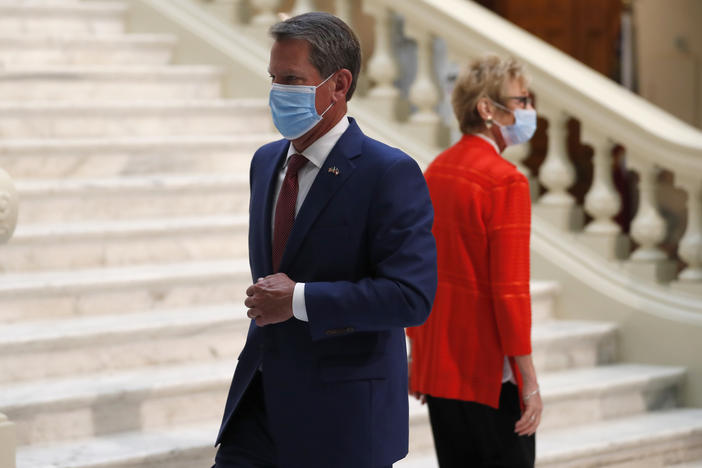 The pandemic is still raging, Dr, Carlos del Rio said, and Georgia must do better. 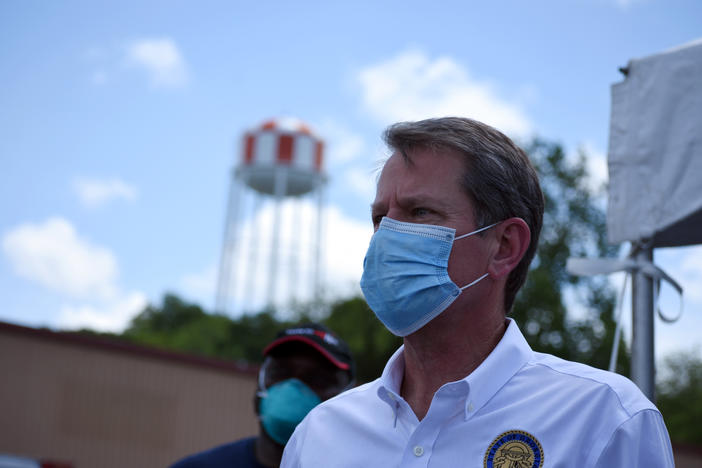