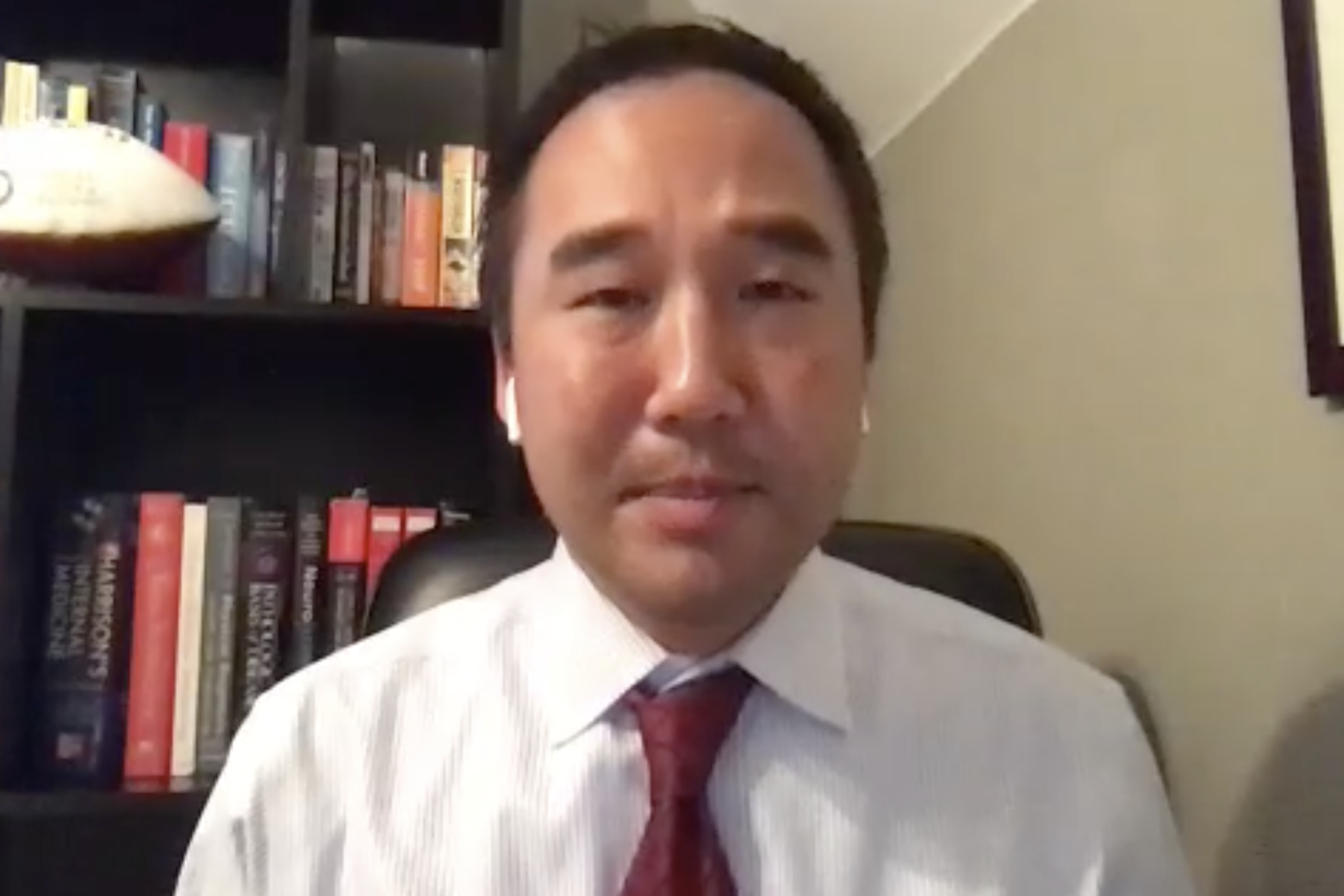 In a video conference call Thursday, Dr. Jonathan Kim, the chief of sports cardiology at Emory University, said he's already seen heart damage in some patients admitted for the virus.

"We now know that COVID-19 is really a multi-system disease, it affects many organ systems. And certainly there's a predilection for the heart," he said. "Roughly around 20% of cases in the hospital, we were seeing evidence of cardiac injury."

The discovery of the risk of heart disease has encouraged Kim to tell college athletes who are physically active to be particularly mindful of COVID-19's impact on the body.

"Over the last several weeks, of course, there've been some high-profile cases of athletes being diagnosed with myocarditis," he said, "At its core, myocarditis is defined as inflammation of the heart muscle, and it's typically brought on by viral infections."

Myocarditis reportedly been found in at least five Big Ten Conference athletes and among several athletes in other conferences, according to ESPN. The Big 10, Pac-12 and Mountain West conferences have canceled football for the fall due to concerns for athletes. The SEC, ACC and Big 12 plan to forge ahead with modified schedules.

Because of the risk to the heart, athletes who have recovered are recommended to take exercise slowly. Kim said they shouldn't immediately return to the same high energy workout they were doing before becoming sick.

"You always want to take this virus very seriously, ramp up exercise training slowly, and if there are any concerning symptoms, then back down and then clearly reach out to a medical professional," he said.

Kim said that while he is a father and would struggle with a decision on whether his children should return to playing sports, he can understand that the choice is an individual's to make.

"(If) their public health concerns are clearly being monitored and addressed, then I would respect that decision as well," he said.