From President Donald Trump to U.S. Sen. Kelly Loeffler and Congressman Doug Collins, congratulations are pouring in for the conspiracy-peddling Congressional candidate who called House Speaker Nancy Pelosi "anti-American" and promised to "kick that bitch out of Congress." 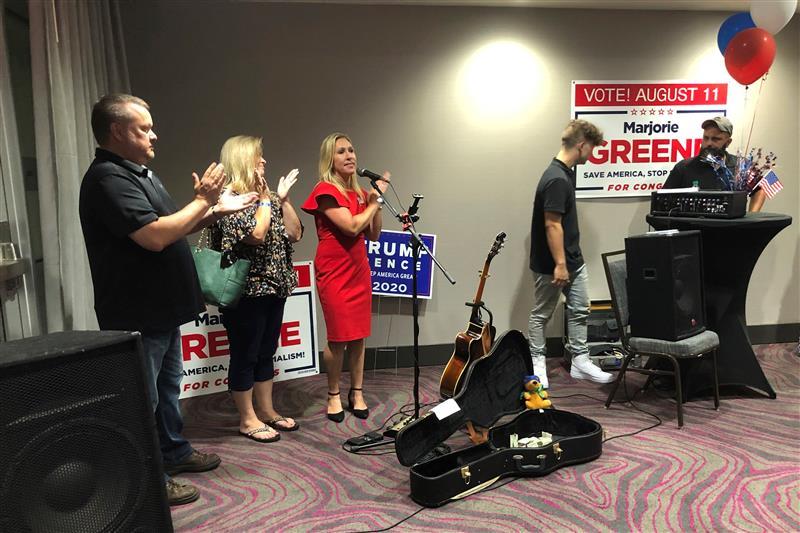 Greene had been widely condemned by many Georgia Republicans after stories from Politico and other news outlets unearthed racist and anti-Muslim videos Greene posted to social media, and highlighted her support for the debunked QAnon conspiracy theory, which alleges that the government is run by a malevolent cabal of pedophiles and criminals that are out to undermine the president.

Now, she appears likely to be the first member of Congress to support the theory, as the majority of voters in the northwest Georgia district are reliably conservative.

Greene lashed out against Democrats and made comments about Pelosi, railed against the Republican establishment that publicly opposed her divisive rhetoric and decried the "lying fake news media" in a speech before removing reporters and calling the event closed to the press.

Her campaign has also spent more than $180,000 on Facebook ads with messages that include, among other things, that "Facebook and Big Tech" are censoring her.

Greene's extreme views could cause headaches for Republicans trying to win suburban Atlanta state and Congressional races, and Democrats have seized on her nomination as another line of attack as they try to flip Georgia to blue.

"Georgia Republicans, and Republican candidates running across the country, will have to answer for her hateful views in their own campaigns," Democratic Congressional Campaign Committee Chairwoman Cheri Bustos, an Illinois congresswoman, said in a statement. "Enabled and embraced by Georgia Republicans like Karen Handel and Rich McCormick, her views have no place on the ballot or in Congress."

In the 9th Congressional District, former Republican state House Rep. Matt Gurtler, notorious for voting "no" more than any other member, lost the primary to gun store owner Andrew Clyde.

Another high-profile election saw the resounding defeat of longtime Fulton District Attorney Paul Howard by his former assistant Fani Willis, who is set to become the first woman to serve as DA if she wins the general election. At the end of election night, Willis was up 73%-27%.

Howard was facing lawsuits alleging discrimination and sexual harassment, an investigation by the Georgia Bureau of Investigation over use of nonprofit funds and scrutiny for his decisions to file charges in the shooting death of Rayshard Brooks by a white police officer.

Incumbent Ted Jackson lost the runoff for the Fulton County sheriff's race to Pat Labat, and since there is no Republican candidate Labat will become sheriff. 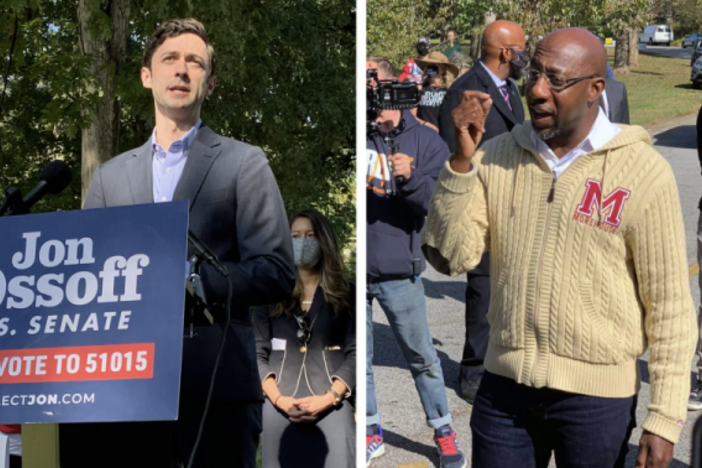 Georgia’s extended 2020 election is set to finally deliver the will of the state’s voters Wednesday as a new vice president conducts a swearing-in ceremony for U.S. Sens. Rev. Raphael Warnock and Jon Ossoff.