In 'True Crimes,' Toobin Presents A Summation For The Jury In The Case Against Trump 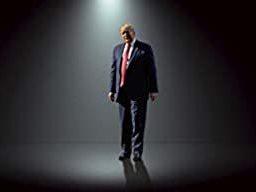 Caption
True Crimes and Misdemeanors: The Investigation of Donald Trump, by Jeffrey Toobin

At some point in the future, it is entirely possible that the full details of Donald Trump's business affairs, personal imbroglios and political maneuverings will be laid bare to the public. Should that happen, it is easy to imagine much of the world wondering how the man got away with so much for so long.

In that hour, readers may well turn to True Crimes and Misdemeanors: The Investigation of Donald Trump. This tome by Jeffrey Toobin, the longtime CNN legal analyst and contributor to The New Yorker, analyzes Trump's survival in the face of two major investigations during his first years in the presidency. It also asks whether the magic charm that saw Trump through these travails will suffice for him to survive the coronavirus pandemic.

This 450-page work is more than a journalist emptying his notebook of all his interviews and insights. It is more than a legal expert analyzing how the best work of talented and committed lawyers could be frustrated by governmental rules and rivalries within the executive and legislative powers in our federal system.

Perhaps its highest function is as a condensation of the best evidence against the presidency and character of Donald Trump, a summation offered up much as a prosecutor would do in seeking to sway a jury.

Few who are familiar with Toobin's career, or his previous seven books about law and power, will be surprised that he finds fault with Special Counsel Robert Mueller's two-year investigation of Trump and the extensive interference by Russian operatives in the 2016 election.

"Mueller's caution and reticence led him to fail at his two most important tasks," Toobin writes. "Thanks to the clever actions (and strategic inaction) of Trump's legal team, Mueller failed to obtain a meaningful interview with Trump himself. Even worse, Mueller convinced himself — wrongly — that he had to write a final report that was nearly incomprehensible to ordinary citizens in its legal conclusions."

Worst of all, Toobin contends, the form and manner of Mueller's report played directly into the hands of Mueller's immediate boss, Attorney General William Barr, who was able to suppress the document and distort it as a total exoneration of the president.

In the end, of course, Toobin concedes he faces the same dilemma as Mueller himself. There's a wealth of evidence indicating the Russians strove mightily to interfere in the 2016 election and did so with a conscious wish of defeating Hillary Clinton and electing Donald Trump. Moreover, the Trump campaign's response was to be fascinated, intrigued. "Certainly Mueller found abundant evidence that Trump and his campaign wanted to collude and conspire with Russia," Toobin says, "but they hadn't been able to close the deal."

Yet the best admissible evidence Mueller or Toobin could find suggests the Russians did their thing and Trump's campaign did its own. They may have shared goals, but there was not enough beyond that to sustain a charge of conspiracy in a court of law.

There may have been a far clearer case for charging Trump with obstruction of justice, as he attempted several times to have someone fire Mueller and end the special counsel's investigation. There were also indications that pardons were being dangled to persuade Manafort and others not to "flip" and testify against the president. But without an actual firing of the special counsel or the actual granting of pardons, Mueller had less to work with.

Complicating all this was the decades-old policy of the Justice Department saying that a president could not be indicted while in office. This was a relic of the 1970s era when President Richard Nixon was on the brink of impeachment, a legal opinion rendered by the department's Office of Legal Counsel (OLC) and never repudiated.

Whatever the legal merits of the OLC policy itself, Toobin is dismayed that Mueller took it a step further. Mueller's report clearly stated that it was not exonerating the president, adding that it would have done so if the evidence supported exoneration. Yet Mueller refused to say explicitly that he was only withholding an indictment because of the OLC-imposed ban. Instead, Mueller insisted that such an "if only I could" statement, in the absence of an actual indictment, would leave the president standing accused de facto with no means of clearing his name.

Toobin tells us this attitude, combined with Mueller's studied air of dispassion and detachment, left the prodigious work product of the special counsel's team vulnerable to misinterpretation and dismissal. And that was precisely what happened. Barr, who had denounced Mueller's investigation almost from the moment it began (when Barr was still a private citizen), received Mueller's report and called it total exoneration. Mueller raised mild objections in a statement, but the president and his supporters celebrated and never looked back.

But Toobin is not writing exclusively about the Mueller saga, as he segues in the book's later chapters to the subsequent scandal and impeachment trial over Trump's dealings with Ukraine. The shift is foreshadowed when Trump's former campaign chairman, Paul Manafort, is convicted of tax evasion and bank fraud based on his alliances with pro-Russian factions in Ukraine. Even after agreeing to cooperate with federal authorities, Manafort is still adjudged to be lying to protect those connections.

We also see Rudy Giuliani, former mayor of New York and presidential candidate, traveling to Ukraine to collect dirt on the son of Joe Biden, a probable Democratic candidate against Trump at the time. Soon we have Trump himself calling the president of Ukraine and speaking of military aid to that country in the same breath with his personal desire for an investigation of the Bidens. The rest, as we know, is history. The phone call led to Trump's becoming the third president in history to be impeached.

Ultimately, Trump was acquitted in the Senate, so the impeachment process came up as empty as Mueller's probe. Yet Toobin is far more respectful of the managers of impeachment, starting with Speaker Nancy Pelosi, who is nearly always described in magisterial terms. Toobin is also impressed with Adam Schiff, the Southern California congressman featured in the impeachment proceedings in the House and Senate.

But no amount of evidence or lawyering was enough to break the phalanx of the Republican majority's resistance in the Senate. With the lone exception of Mitt Romney of Utah, every member of the president's party voted for acquittal.

There is a great deal of detail amassed here that even hardcore Trump investigation junkies will not have seen. Much of it has to do with behind-the-scenes strategizing and negotiating by the myriad lawyers involved on all sides — the FBI, Mueller's team, the White House, other executive offices and both parties in both chambers of Congress. Toobin is fascinated not only by the language of, say, the impeachment articles themselves, but by the individuals who drafted them, reviewed them or lent their imprimatur.

In fact, while True Crimes offers a one-stop catalog of the legal proceedings surrounding the Trump presidency, it can also be read as a who's who of the legal profession in Washington and New York. More than a dozen key attorneys each rate pages of description and detailed narrative, while dozens more make cameo appearances or get drive-by mentions.

One attorney after another appears, like Shakespeare's "poor player who struts and frets his hour upon the stage and is heard no more." In a few cases, these players continue strutting and fretting right out the back end of the book and remain very much in the news today. One such is Michael Cohen, one of a host of Trump's personal lawyers who seem willing to do anything for him. Cohen gets caught up in Mueller's web, handed off to the U.S. Attorney in New York City for prosecution on unrelated crimes and then sent to jail on an ill-advised and poorly rewarded guilty plea. Cohen has recently been in and out of prison, and is now at work on what is touted to be an explosive tell-all.

We also hear Trump bellowing "Where's my Roy Cohn?" –- a familiar wail to those who have tried in vain to please him on legal matters. Cohn advised Trump and his father on a federal discrimination-in-housing case in the 1970s and later became a kind of mentor for the younger Trump. Cohn was also known for his work for red-baiting Sen. Joseph McCarthy and later for various figures from organized crime.

Another intriguing figure highlighted at length is Donald McGahn, who was chairman of the Federal Election Commission and then a campaign law advisor to Trump before becoming his first White House attorney. McGahn is an unusually colorful figure, known for his lead guitar work with a cover band in East Coast rock clubs as well as for being a partner in the nationally eminent law firm of Jones Day. McGahn had some 30 hours of interviews with Mueller's team, souring his relationship with the president and leading to a quiet departure from the White House (he called it his "Irish exit").

It is a notable irony that while Toobin expressed disappointment with Mueller's key decisions, he always describes Mueller himself in terms of respect that border on reverence. His treatment of Giuliani the person, by contrast, is critical to the point of contempt. He finds some of Giuliani's TV appearances cringe-worthy, as when he tells NBC's Chuck Todd: "Truth isn't truth."

Yet he tips his professional cap to Giuliani the lawyer, saying "his methods had been unconventional, to be sure, but his public advocacy for Trump had transformed Robert Mueller's image from that of a revered public servant into that of just another partisan actor." Beyond that, Toobin credits Giuliani's leadership when the Trump team avoids an interview with Mueller and negotiates "a nearly risk-free substitute of written questions and answers, only about the campaign period."

Toobin is often most respectful of people such as Marie Yovanovitch and William Taylor, ambassadors who represented the U.S. in Ukraine and held out against White House pressure. Their testimony was key to the House hearings on impeachment, as was that of former Army Lt. Col. Alexander Vindman. Each of these witnesses has paid a professional price for telling what they knew of Trump and the ways he deals with business rivals, political opponents, critical journalists, former wives and associates and employees and, yes, even foreign leaders.

Most of what is new here is at the level of detail. The broad outlines and the key quotations from the Mueller saga and from the subsequent impeachment and trial of the president have been the stuff of nightly news, daily papers and constant Twitter feeds for years.

But Toobin has gathered such a weight of evidence and such a chorus of witnesses that his summation is more damning than the sum of its parts. By integrating the Russian interference story with all the twists and turns of Trump's defensive moves and the segue to the Ukraine arms-for-favors deal, Toobin presents a persuasive summation to the jury of his readers. 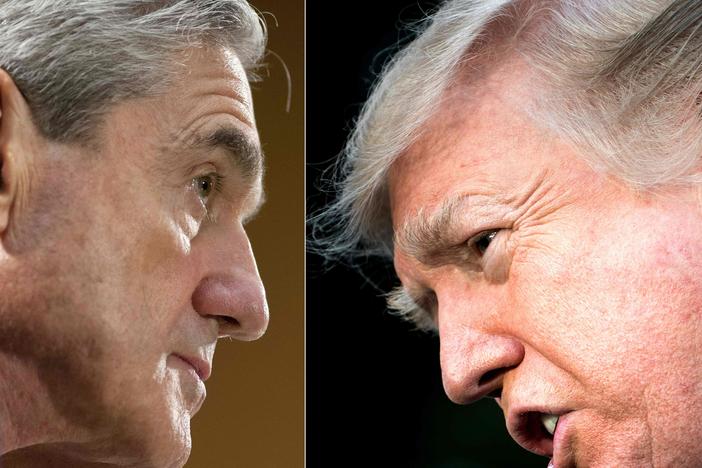 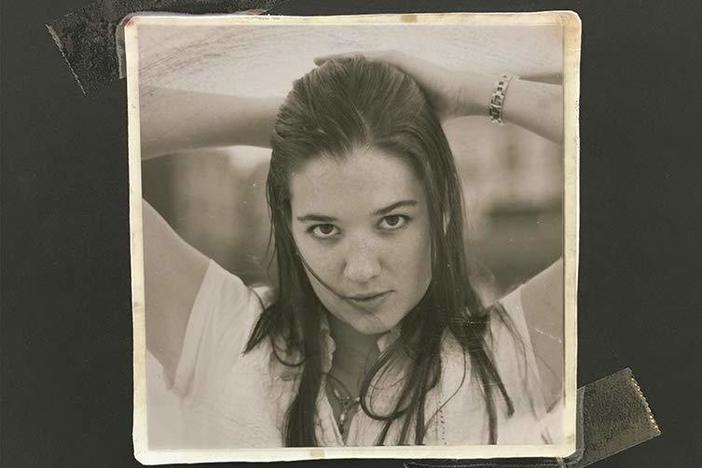 Betsy Bonner presents her sister with love, but also with honesty; she is the storyteller, but Atlantis Black is the story, the mystery, the victim, sometimes the perpetrator and always the question. 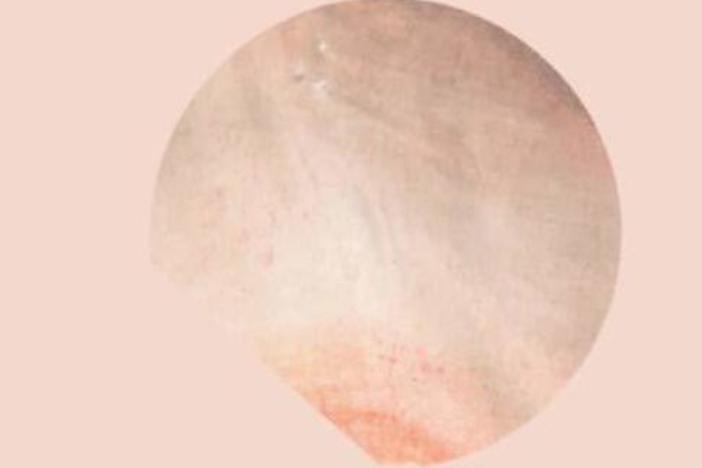 For Summer, 3 Translated Novels To Transport You

You may not really be able to leave the house right now, but of course fiction can take you all over the world. Here are three novels that will help you escape — to Japan, to Portugal and to Spain.