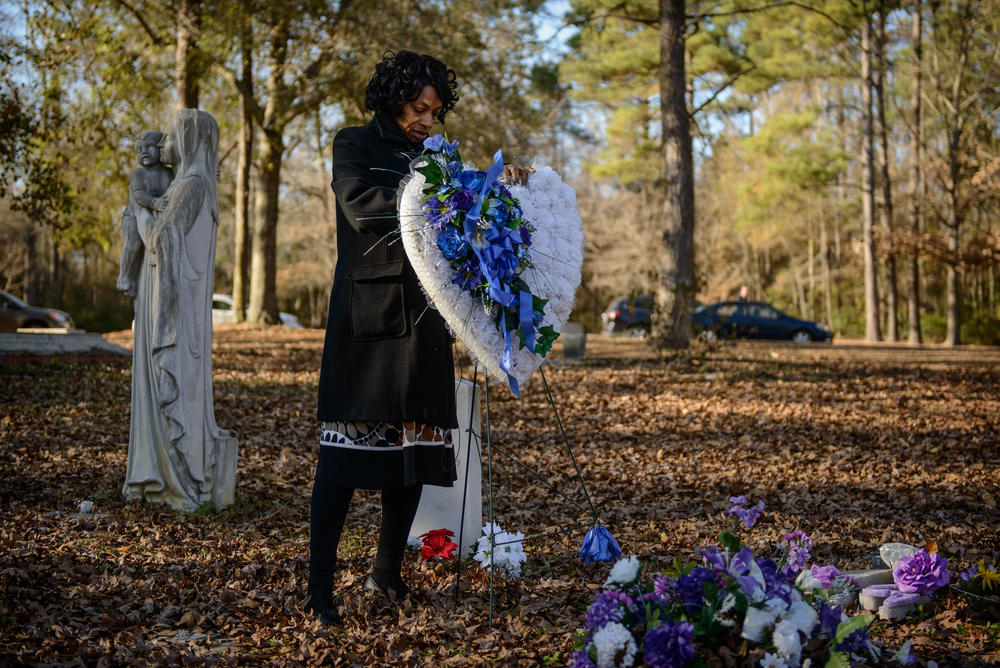 Claudia Lacy at her son Lennon's Grave from the film 'Always in Season.' The film screens on Tuesday, Feb. 11 at 6 p.m at GPB in Atlanta.

Racial terrorism was shockingly common in the years between Reconstruction and the civil rights movement. Researchers count some 4,400 African-Americans brutally killed in those years.

The film Always in Season explores that historical context, while following the investigation of a young black man’s death in 2014.

The film 'Always in Season' will screen at GPB Atlanta on Tuesday, Feb. 11.

Director Jacqueline Olive will be at GPB in Atlanta next week for a screening of the film, which is narrated by Danny Glover and won a Special Jury Prize at the 2019 Sundance Film Festival. The film has been touring the country, and inspiring powerful discussions across racial lines.

On Second Thought host Virginia Prescott will host a discussion with Olive and a panel of people working towards racial justice and reconciliation in Georgia, including Cassandra Alexander-Green, director of the annual reenactment of the unsolved Moore’s Ford Bridge Lynching. Sign up to attend the free event, which begins at 6 p.m. on Tuesday, Feb. 11.