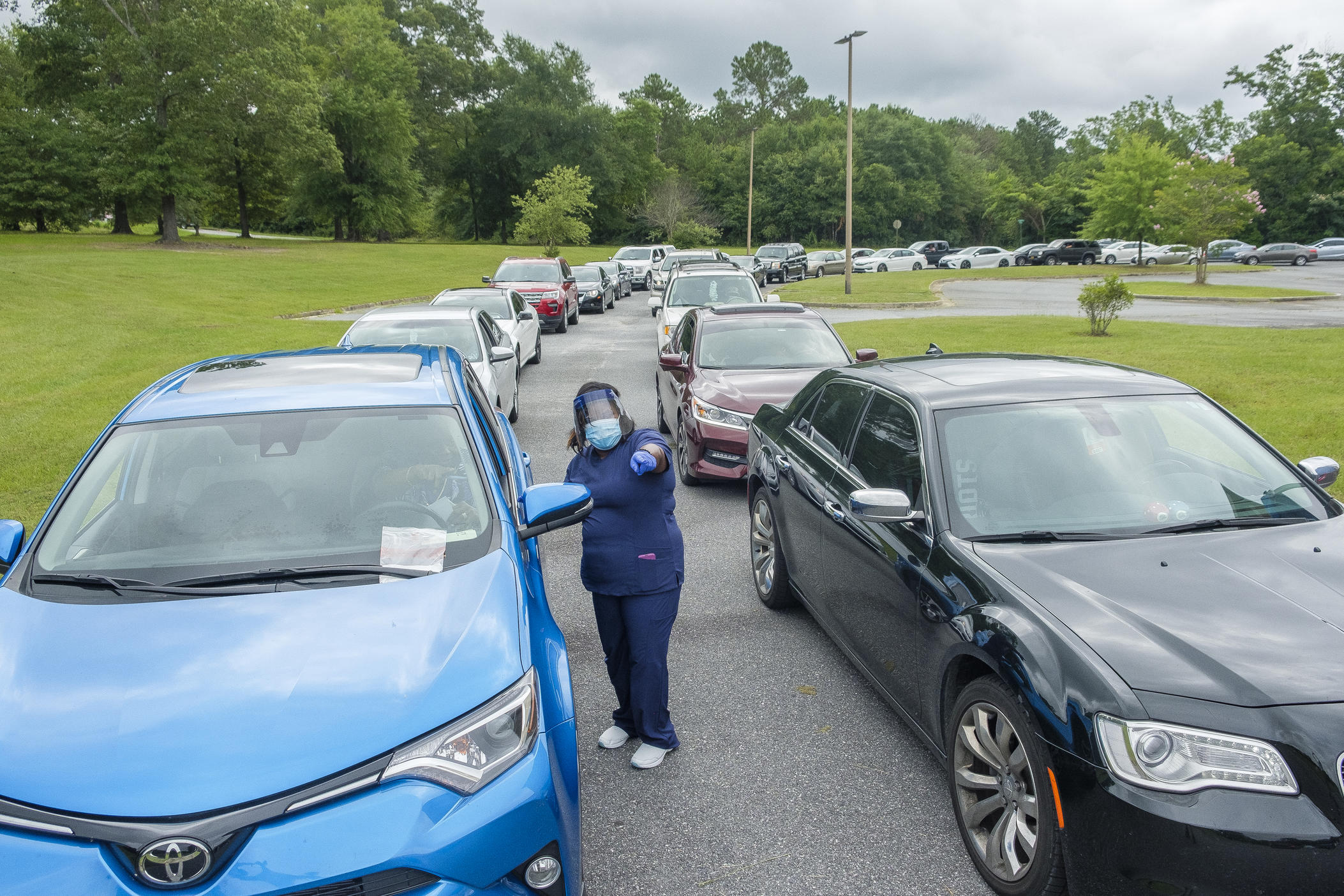 Caption
A long line of motorists wait for Coronavirus tests at a pop up testing site at the St. Paul AME Church parking lot in Macon
Credit: GPB News/Grant Blankenship

Donald Black’s green Honda CRV inches along the pavement, one of dozens of cars snaking around the corner at a pop-up coronavirus testing center set up in the parking lot of Community Church of God in Macon.

Black has been waiting for almost two hours.

“I'm canceling a doctor's appointment because I'm not getting out of line,” Black said.

At 74, Black falls into the most vulnerable category of those who could become seriously ill from COVID-19. He has asthma and suffers from allergy problems. Black doesn’t exhibit any symptoms, but he desperately wants to know if he has been infected.

He says he has been turned away from pharmacy chain stores when he has sought a COVID test because he hasn’t shown signs of illness. He eventually managed to get a test at another church parking lot, but ran into a problem there, too.

“I did the test on July 2. They say it takes from seven to 10 days. Haven't heard from them yet,” Black said on Monday, the 11th day since the test.

On this day, Black sought a rapid antibody test rather than a viral test that would come with a day’s long wait for results. 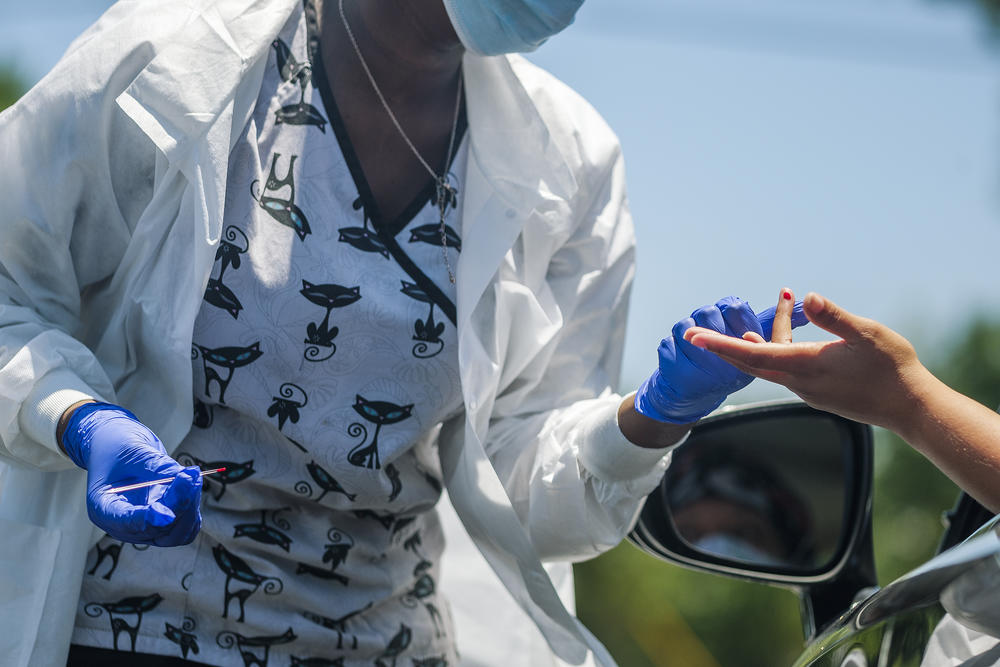 Blood pools on the finger tip of a person taking a drive through coronavirus antibody test at a pop up testing site in Macon on July 13, 2020.

Black is not alone in his struggle to access coronavirus testing. As Georgia has seen its average daily case count for coronavirus infections more than triple in the last month, people continue to have trouble getting tested. And many are not receiving test results fast enough to take action that could prevent them from spreading the virus.

Even Atlanta Mayor Keisha Lance Bottoms, who tested positive for coronavirus last week, expressed frustration that her first test took eight days for results, a delay that could have exposed others to the disease. 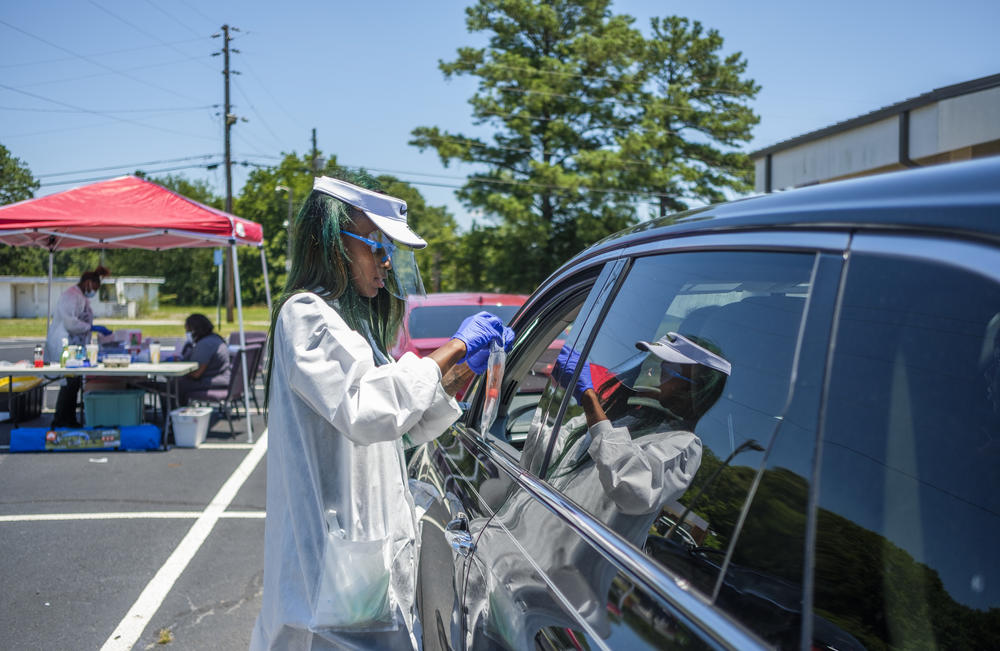 Brandie Hall administers a viral coronavirus test at a pop up testing site at the St. Paul AME church parking lot in Macon.

In Macon, a few cars back from Black, Sheila Carter was going for her second viral test in the Community Church of God parking lot with the same test provider.

Her first test was on June 6. After about a month, she had no word on her result so she called the lab. They told her she was not carrying the virus. Now, she wants another test to make sure that’s still true, so when she does things like shop for groceries she isn’t putting anyone in danger.

“This the closest place I can go. I ain't got transportation,” said Carter, who was brought to the test site by a friend.

The private company running the site says people can expect their results in seven to 10 days. That makes the test results almost useless if the recommended time to quarantine with COVID-19 is 14 days.

Dr. Kathleen Toomey, head of Georgia’s Department of Public Health, has said even the public health wait times are unacceptable.

“We need a better response and a better turnaround time,” Toomey told WSB TV in Atlanta. I even asked the governor to reach out to the labs themselves and say ‘You need to do a better job.’” 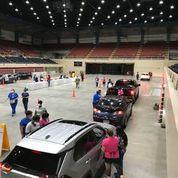 The Georgia health department says test turnaround times can run from four days to seven days depending on which private lab a local health department uses for processing. Plus, there can be long waits just to make an appointment for public health testing, again closing the time window for effective quarantining.

Michael Hokanson is the spokesman for the North Central Health District which takes in Macon-Bibb County and 12 other counties. Hokanson said testing supplies are not what’s slowing the process.

“We're pretty much at the top end of our capacity in terms of the tech we have and our manpower,” Hokanson said. “We continue to receive a regular supply to testing supplies, and have yet to have any instance of sites not having enough testing kits or protective equipment.”

Hokanson said it can take up to 10 days for results from the district’s tests depending on which private provider does the lab work. That further complicates the follow-up to finding infected people: contact tracing.

Jason McClendon is the pastor of Community Church of God and has organized the popup sites at his church and many others. He said that health department testing isn’t a good option for many people even if officials improve test processing.

“We know that a lot of people are not going to get their families and go downtown and wait at the public health department,” McClendon said. 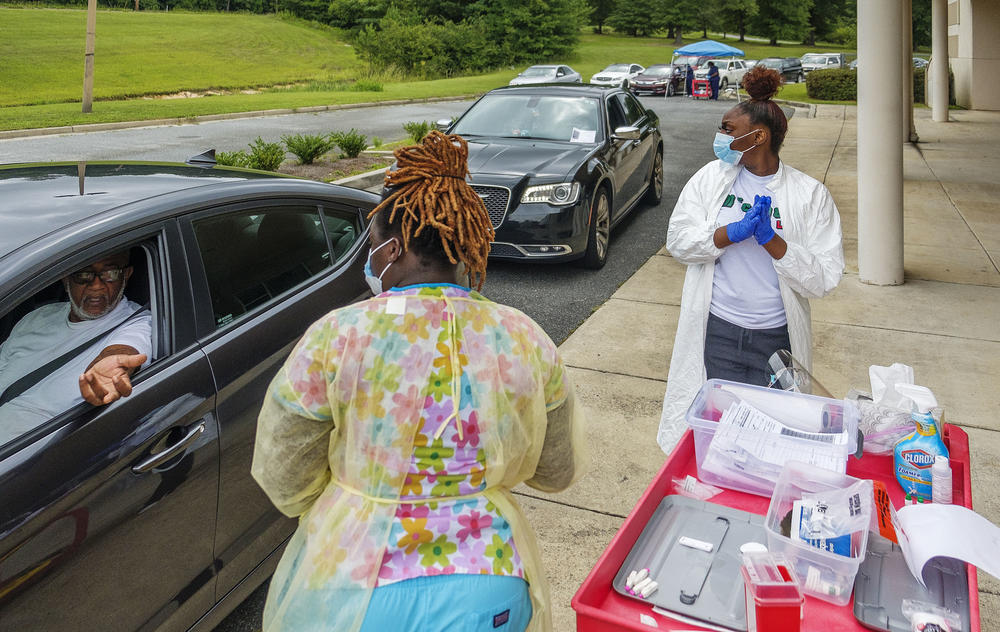 Drive-thru coronavirus testing in the parking lot of St. Paul AME Church in Macon on July 8, 2020.

Many people, like Sheila Carter waiting again for her second test after getting a ride to the church, just don’t have transportation to get them to what may be the only public health testing site in their community.

McClendon acknowledges that people tested at his church will face a long wait for results, but he said he is doing the best he can.

“I cannot control, you know, how fast they come back. But what I can do is provide the opportunity and the service,” he said.

What remains to be seen is whether the labs that process the tests can pick up the pace.

In a press release, Quest diagnostics, one of the private labs most used by Georgia health departments, said they see the problem, too, and hope to increase their lab capacity by about 17% by the end of July. 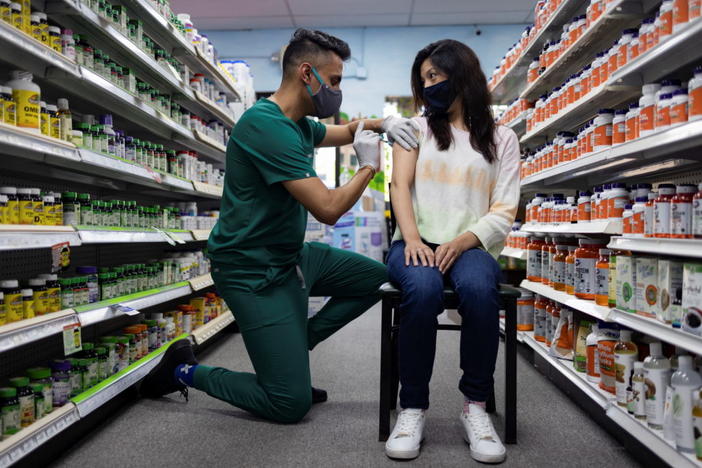