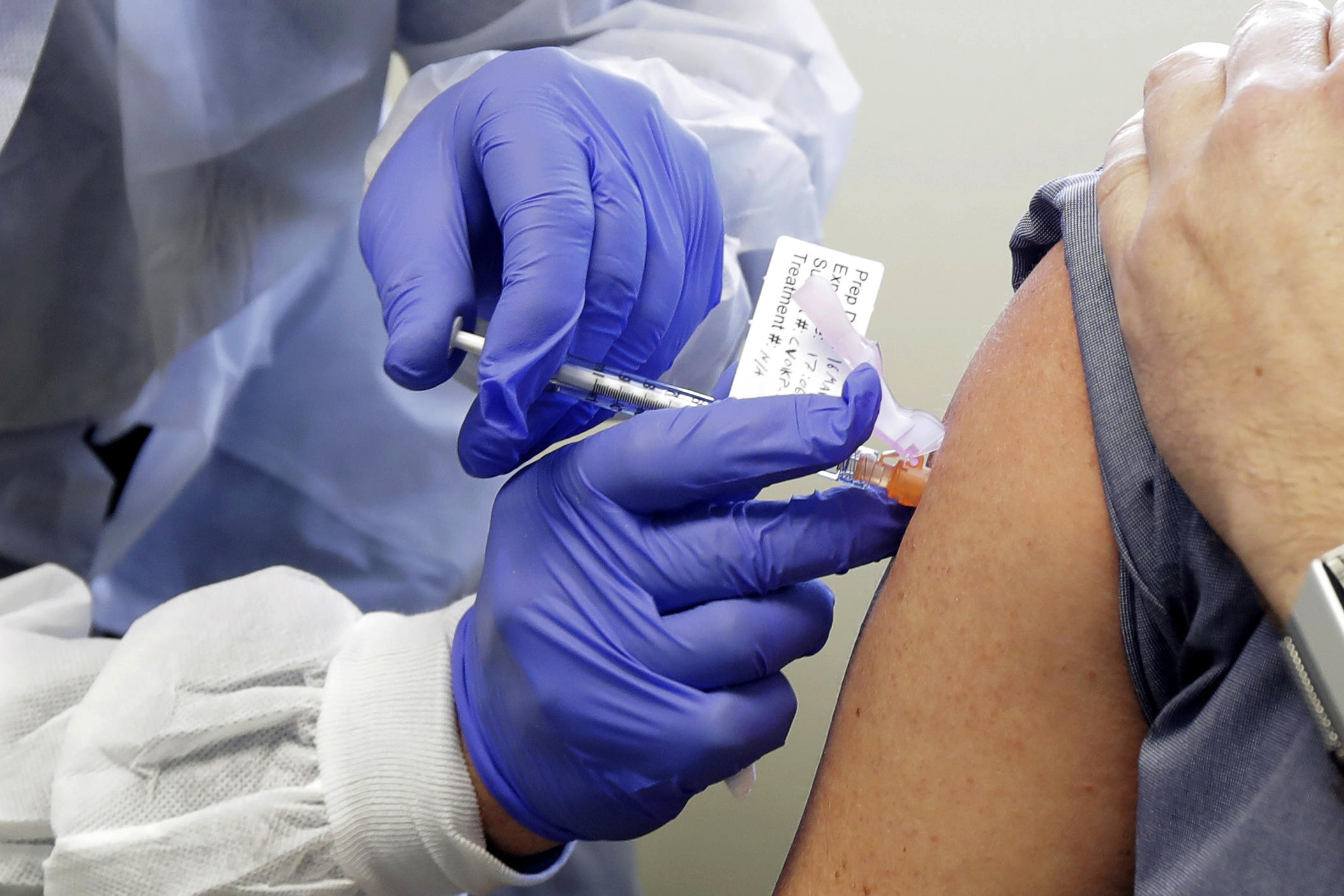 Caption
Neal Browning receives a shot in the first-stage safety study clinical trial of a potential vaccine for COVID-19, the disease caused by the new coronavirus, Monday, March 16, 2020, at the Kaiser Permanente Washington Health Research Institute in Seattle. Browning is the second patient to receive the shot in the study.
Credit: Ted S. Warren/AP 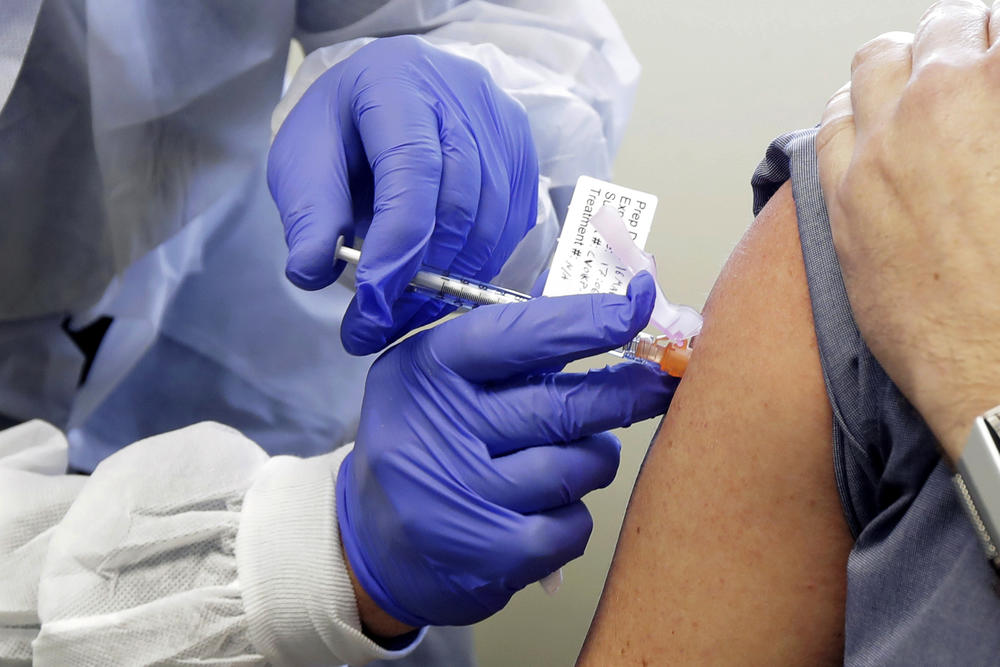 Neal Browning receives a shot in the first-stage safety study clinical trial of a potential vaccine for COVID-19, the disease caused by the new coronavirus, Monday, March 16, 2020, at the Kaiser Permanente Washington Health Research Institute in Seattle. Browning is the second patient to receive the shot in the study.

The first vaccine against COVID-19 tested in the United States is moving into its final phase with promising results, according to results published Tuesday in the New England Journal of Medicine.

Moderna Inc. in collaboration with the National Institutes of Health started working together and within six weeks had a vaccine called mRNA-1273, said Dr. Nadine Rouphael, one of the authors on the study.

It is the first vaccine to be tested in the United States, and Emory University is one of three sites for the trial that began March 16.

“These interim results are very encouraging,” said Evan Anderson, the principal investigator for the trial at Emory.

Emory's study consisted of 45 healthy adults, 18 to 55 years of age, who received two vaccinations, 28 days apart, with mRNA-1273 in a dose of 25 μg, 100 μg, or 250 μg. There were 15 participants in each dose group. Three participants did not receive the second vaccination.

One of those participants, 65-year-old Norman Hulme, compared it to a flu shot.

“They wanted to observe me for the next hour just to make sure that there wasn't some instant reaction or a bad side effect,” Hulme said.

It didn’t hurt and he didn’t notice anything remarkable afterward.

The vaccine did not produce serious side effects,  Rouphael said.

"Side effects included pain at injection site and fatigue, some chills and headaches," she said.

The effects were more common with the larger dose, which is not being pursued.

In the study, researchers looked at antibodies against the receptor-binding domain, part of the spike protein on the outside of the virus.

The RBD is what grips on to human cells and allows the virus to enter them. The researchers focused on antibodies against the RBD because the sequence of the RBD in SARS-CoV-2 distinguishes it from other coronaviruses that cause the common cold.

Rouphael said Phase 3 of the trial will seek to answer the question of whether the vaccine will protect against acquisition of COVID-19.

"We don't know what the other components of the immune system could also be protective in addition to that antibody, for example, like the T-cell response," Rouphael said. "A lot remains to be understood about the disease and how somebody who gets exposed actually acquired the infection, and if they do acquire the infection, how severe is."

A 30,000-person study is set to begin July 27 to prove whether the shots are strong enough to protect against the coronavirus. It will mark the world’s largest study of a potential COVID-19 vaccine so far, according to the Associated Press.

The NIH-developed shot isn’t the only one set for such massive U.S. testing. The government plans similar large studies of the Oxford candidate and another by Johnson & Johnson; separately, Pfizer Inc. is planning its own huge study.

Already, people can start signing up to volunteer for the different studies.